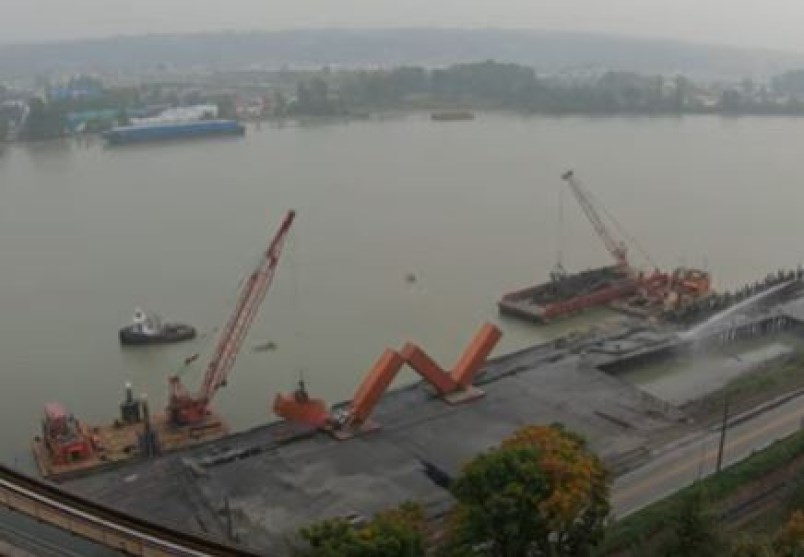 Keith Gagne caught on video a crew dismantling the Big W and posted a time-lapse video, which can be seen below.

A public art installation by Brazilian artist José Resende, Wow Westminster was erected in Westminster Pier Park in November 2015 as part of the Vancouver Biennale. The 140-foot-long piece consists of four 40-foot shipping containers positioned to form a giant W.

Blair Fryer, the city’s director of economic development and communications, said fire and engineering staff met with engineering consultants and determined the W can’t be saved.

Fryer said the challenges associated with saving the public art installation are too large to overcome. This includes the extensive damage to the wharf on which the W stands.

“The other issue is the connection points from the W to the surface of timber wharf have been significantly damaged due to the fire,” he said. “Therefore, it simply cannot be removed in one piece in a safe manner, so it is going to have to be dismantled and taken down.”