An “immediate return to work” has been issued by Trans Mountain for two Burnaby sites for the pipeline expansion project.
0
Aug 21, 2019 11:41 AM By: Chris Campbell 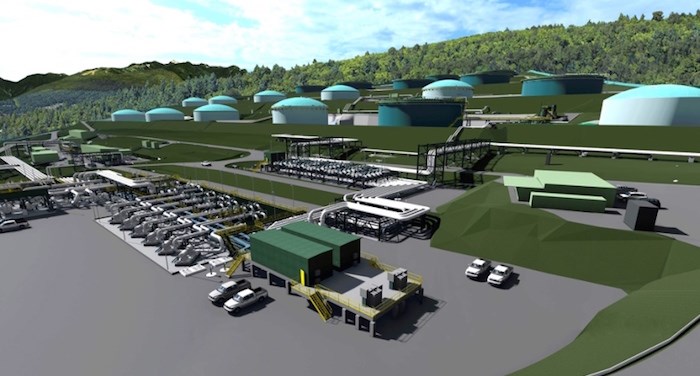 A computer rendering of how the Burnaby Mountain tank farm will look when changes are completed for the Trans Mountain pipeline expansion project. Trans Mountain image

An “immediate return to work” has been issued by Trans Mountain for two Burnaby sites for the pipeline expansion project.

That’s according to a news release sent Wednesday, Aug. 21, in which the company says “notice to proceed” directives have been given to some of its prime construction contractors, “triggering mobilization of the initial workforce necessary to build the Trans Mountain Expansion Project.”

Contractors have now been given 30 days to “mobilize equipment and commence the process of hiring workers, procuring goods and services, and developing detailed construction work plans,” said the news release.

While some sites along the pipeline route won’t see work continue until regulatory approvals and permits are in place, there will be an “immediate return to work” at the Burnaby Mountain tank farm and on land at Westridge Marine Terminal in Burnaby.

“I am pleased to announce another significant milestone for the Trans Mountain Expansion Project with the commencement of construction activities and the issuance of the notice to some contractors to begin mobilizing equipment and crews in select areas in August and September 2019,” said Ian Anderson, president and CEO of Trans Mountain Corporation, in the news release. “With the first wave of regulatory approvals complete, we are confident that we have a path forward by which the Expansion Project construction can commence.”

Trans Mountain said it expects it will receive clearance of all other outstanding regulatory approvals and permits for the remaining construction areas.

“The timelines for approval of all outstanding regulatory matters could have an impact on Project costs, schedules and final in-service dates; however, if approvals are received as anticipated, the Trans Mountain Expansion Project will be in-service by mid-2022,” said the company.

The company estimated that approximately 4,200 workers are expected to be employed in communities along the route in the fourth quarter of 2019.

“Over the coming months, we will continue our engagement with Indigenous communities along the construction corridor,” said Anderson. “We are committed to ensuring the Project incorporates all appropriate measures to protect the cultural, environmental and local Indigenous interests in the lands and waters through construction and into operation.”