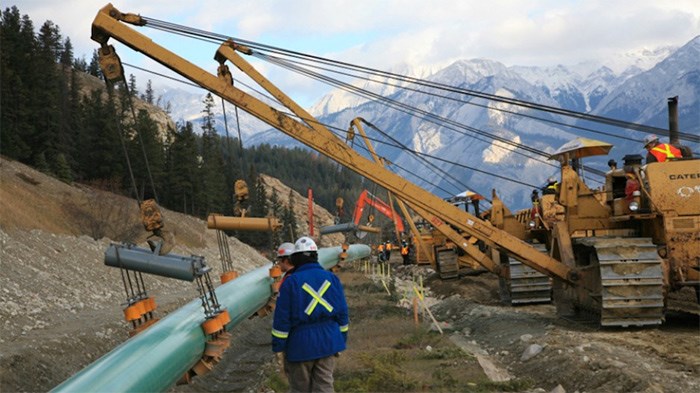 When Kinder Morgan Canada (TSX:KML) shareholders vote on the sale of the Trans Mountain pipeline and Trans Mountain Expansion Project (TMEP) to Canada for $4.5 billion in August, they will be doing so knowing that the company is getting $2 billion less than it originally asked, and $600 million more than Canada offered.

Background material on the sale, contained in filings with the Securities and Exchange Commission, offers some interesting insights on how the company and Canada came to agree on the sale and the price.

The background is contained in a preliminary proxy statement for shareholders, who must approve the sale in August.

Before that happens, there is a July 22 deadline. The company has agreed to work with Ottawa to try to find a third-party buyer by then. Analysts think that’s highly unlikely and that Ottawa will end up having to complete the $7.4 billion pipeline expansion before selling it.

Kinder Morgan’s proxy statement details how the company decided against Canada’s offer to provide a financial backstop to the project, which faced – and still faces – opposition from the B.C. government.

In January, the John Horgan government announced additional environmental measures and requirements for pipelines that went far beyond what had been required by both the federal government and previous B.C. Liberal government.

It also announced it would seek a court reference to determine if the province has the constitutional authority to use provincial environmental laws to restrict the flow of diluted bitumen through B.C.

In early March, Kinder Morgan officials began meeting with senior federal government ministers and told them they needed assurances the expansion could be completed.

“The request included (a) clarity and certainty on the paramountcy of federal approvals, including legislation that would provide a ‘once and for all’ approval of the federally approved undertakings, rendering B.C.'s initiatives to stop the project ineffective, and (b) a financial backstop arrangement that would keep Shareholders whole in the event of a stoppage or suspension of the TMEP,” the backgrounder states.

The financial backstop that Ottawa was asked to provide would have given Canada the option to take a 5% equity stake in the pipeline, once completed.

As talks dragged on, Kinder Morgan announced it was ceasing all non-essential work on the expansion project and gave Ottawa until May 31 to find a solution or warned it would cancel the project.

Kinder Morgan retained TD Securities to come up with a fair sale price. On April 10, Ottawa offered to buy 51% of the project, which would have made it a majority owner.

But as far as Kinder Morgan was concerned, that would not have addressed the ongoing uncertainty over B.C.’s attempts to stop the project and the federal government’s inability or unwillingness to assert its authority, so the company offered to sell 100% of the project to Canada.

“The company's decision to favor a sale process rather than a backstop structure was based primarily on its concern that a financial backstop would not … provide any clarity with respect to the ability to construct through B.C.,” the company states.

Kinder Morgan was also meeting with Alberta, which eventually agreed to provide up to $2 billion in assurances to cover unavoidable cost overruns.

On April 30, Kinder Morgan told Ottawa it could not accept its backstop, and offered to sell the project outright to Canada for $6.5 billion ($23 per share).

On May 22, armed with a financial analysis of the value of the existing Trans Mountain pipeline and TMEP project, Canada offered $3.85 billion. Kinder Morgan’s board of directors rejected the offer as being “below the valuation” of the company’s assets, and counter-offered a sale price of $4.5 billion.

In doing so, the company pointed out it would have to pay Ottawa $325 million in capital gains taxes, which meant the company would net $4.2 billion on the sale. Ultimately, Ottawa agreed to the price.

While the offer was less than what Kinder Morgan originally asked, the board urged shareholders to accept the offer, since the alternative is to take a $1 billion writeoff (money already spent or committed on the expansion) and simply cancel the project.

Construction work on the new pipeline is scheduled to begin in August in Alberta, and in the North Thompson region of B.C. in September.

That work includes a 120-kilometre “spread” between Mount Robson Provincial Park and Blue River, and 255-kilometre spread between Blue River and Kamloops.