Someone left a tribute bicycle at the site where Charles Masala was killed by a driver while cycling on Gaglardi Way.
Jul 27, 2019 3:47 PM By: Chris Campbell

It’s been more than three weeks since Burnaby resident Charles Masala was killed by a driver while cycling on Gaglardi Way.

A memorial to him has been growing steadily since then at the site where he was killed. 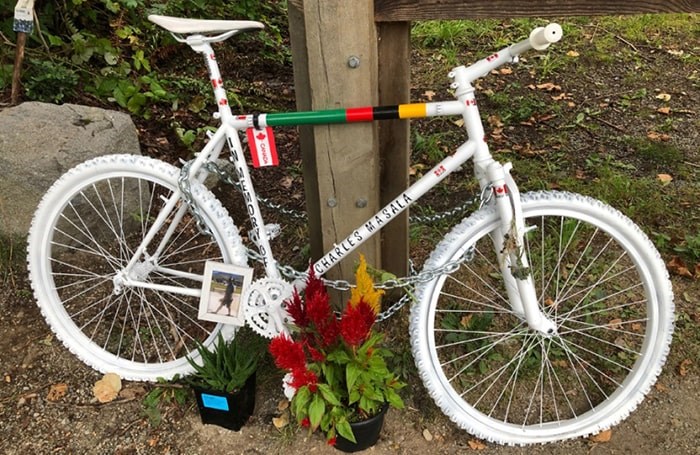 This tribute to Charles Masala has been chained to a post on Gaglardi Way in Burnaby. Photo: Chris Campbell

I know because I pass by it every day.

Something new has been added to the notes, flowers and rock formations that have been dropped off.

As you can see from the photo, it’s a bicycle that has been painted white, with the colours of the flag of Zambia – where Masala, a father of two, is originally from before making Canada his permanent home – added to it.

There is also a Canada tag and some Canadian flag stickers decorating the bike, plus the words “In memory of Charles Masala.” A photo of Masala has been placed next to the back tire. (One sad note is the fact that the bike has been chained to a post because the world is full of terrible people who can’t be trusted to not steal it.)

It’s a fitting tribute for a man that one friend told me was a dedicated cyclist who encouraged others to take up the activity because of how much he believed in it. 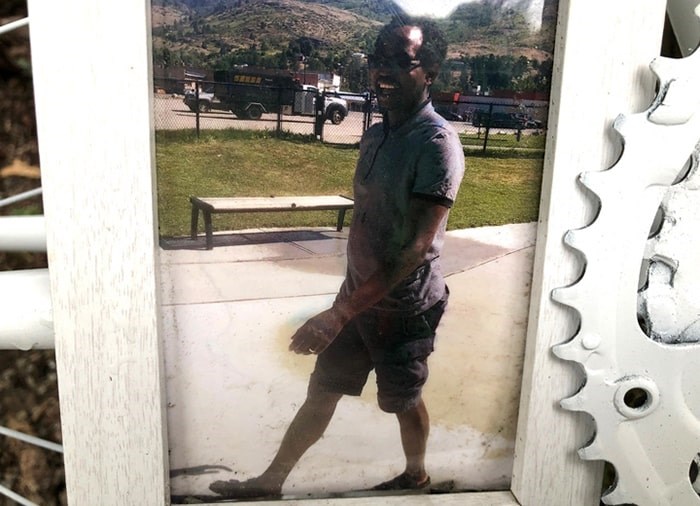 A photo of Charles Masala was left at the memorial. Photo: Chris Campbell

I’ve heard from many cyclists in the past few weeks who say this tragedy has given them pause about cycling, but that they are sticking with it because they aren’t going to let terrible drivers force them stop doing what they love.

In the meantime, Burnaby RCMP haven’t issued an update on charges related to this tragedy.