Trudeau says he won't use 'tricks' to ram through pipeline construction

Prime Minister Justin Trudeau listens as B.C. Premier John Horgan responds to a question during a transit funding announcement in Surrey, B.C., on Tuesday September 4, 2018.
0
Sep 5, 2018 9:16 AM By: The Canadian Press 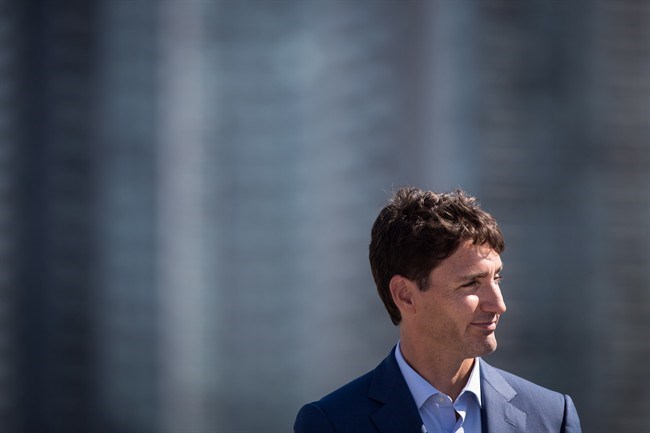 Prime Minister Justin Trudeau is pouring cold water on Alberta's suggestion that the federal government use legislation or a court appeal to get construction started quickly on the Trans Mountain pipeline expansion.

In an interview on Edmonton radio station CHED, Trudeau says using what he calls "tricks" to ram the project through might be satisfying in the short term, but would create further legal fights down the road.

The Federal Court of Appeal last week reversed a cabinet decision to allow Trans Mountain construction to go ahead.

The court found not enough consultation was done with Indigenous people and said the impact of increased tanker traffic was not properly considered.

The prime minister is in Edmonton today to meet with Alberta Premier Rachel Notley, who has pulled her government from the national climate plan and demanded either an appeal of the ruling or a legislative fix.

Trudeau downplayed the idea of an appeal in the radio interview.

He says the court ruled more consultation and study needs to be done and that's what his government is going to do.