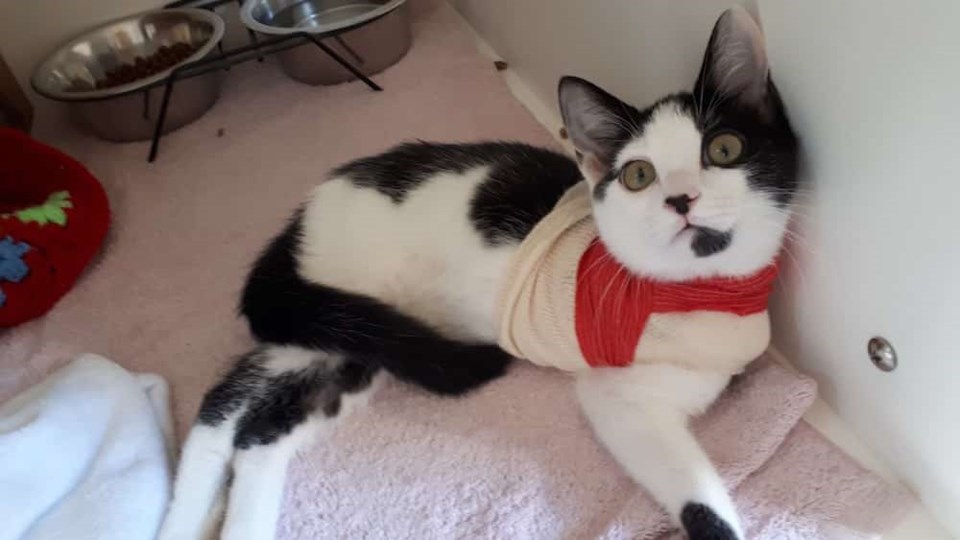 Despite his traumatic fall, staff at the Victoria Branch say Jersey has been “such a trooper and so affectionate.” Photo: BC SPCA

The BC SPCA is asking for the public for donations for two kittens who recently fell from two high-rise buildings and are currently in care under two of its locations.

After falling off a fourth-floor balcony, a kitten called Jersey was brought to a veterinarian by his family when it was discovered he couldn't stand on his front legs. The three-month-old kitten was then surrendered to the Victoria SPCA when his family couldn't afford the cost for the required emergency surgery.

Jersey needed emergency hospitalization and pain management as he awaited surgery for his fractured elbow, which ultimately cost $2,000. During surgery, his front right leg was amputated, and he was bandage wrapped. Once sutures are removed and he is fully healed, he will also need to be neutered before he is ready for adoption.

The SPCA says Jersey is doing well in foster care where his movement is being monitored and he is learning to walk as a tripod rather than a four-legged kitty.

Despite his traumatic fall, staff at the Victoria Branch say Jersey has been “such a trooper and so affectionate.” They say he even watches hockey in his foster family’s home.

Fortunately, there was also some good news for four-month-old Toast who was recently surrendered to the Vancouver Branch after falling five storeys from the window of his owner’s home. He required a femoral head and neck excision to relieve his pain and help restore acceptable function in the limb, a procedure which exceeded $3000.

Despite being in incredible pain, staff report that the kitten “would still try and walk and cuddle up with a human.” His foster mom says he has a “great personality” and “purrs non-stop.” And once Toast is fully recovered, the SPCA says he will be ready for his fur-ever home. 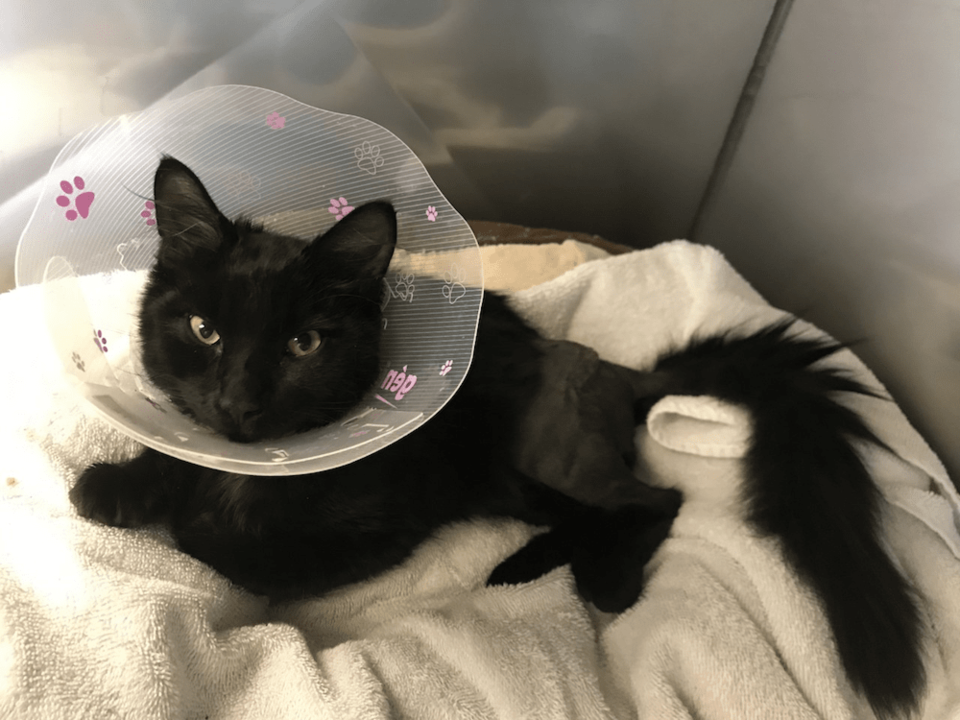 If you can help Jersey and Toast and other animals in need at the BC SPCA, please visit HERE.