The most-credited location outside of Europe and North America is Kabul in Afghanistan, with 113 credits.

Only four countries have a top location with more than 100 credits: the United States, Canada, the United Kingdom, and Afghanistan.

Coquitlam's Riverview Hospital was the fourth most popular filming location with 50 credits; the University of Toronto rounded out the top five with 41 credits.

Top 10 most filmed locations across Canada

The most filmed locations in the world 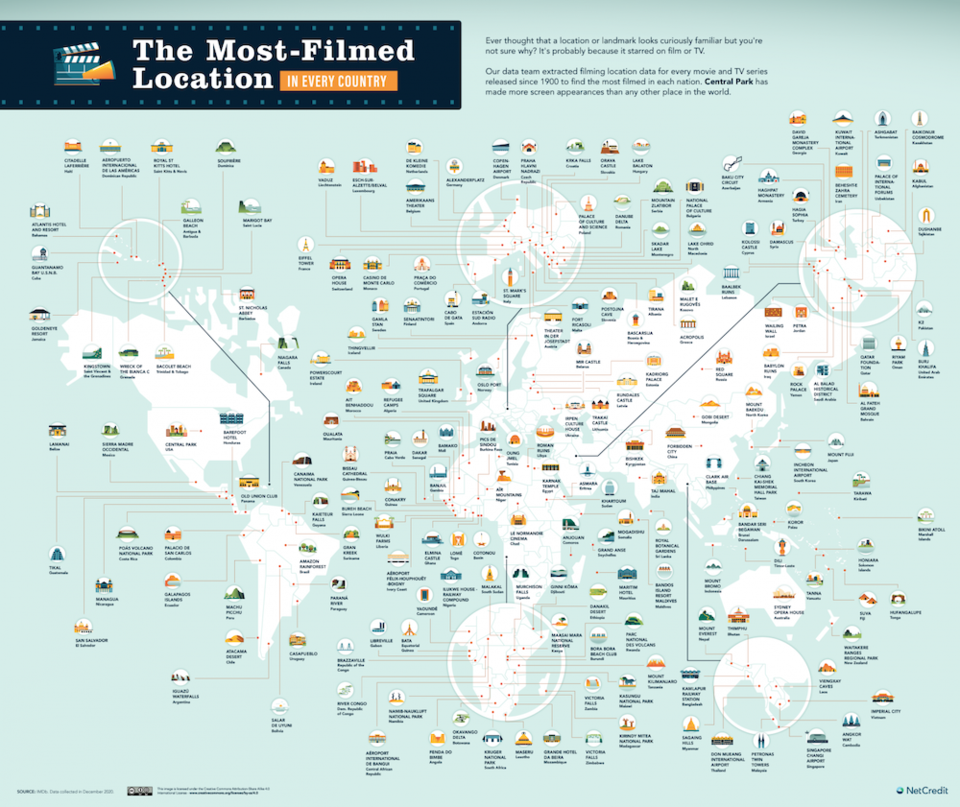 Using IMDb Advanced Search, NetCredit selected the movies from Jan. 1, 1900 to Dec. 31, 2020 that had data about filming locations.

The company collected the locations from all the movies in its list and compiled a long list of movie/location pairs. After that, it counted the number of appearances of each location and separated the locations by countries.