Authorities say the suspect was discovered just after 9:45 pm on Thursday, September 13 in the facilities at a residence in the Lower Mall on the UBC campus.

Other witnesses at the scene told authorities they spoke to the man, who then got dressed and fled on foot. University RCMP say they have conducted an extensive search but have not located the suspect. 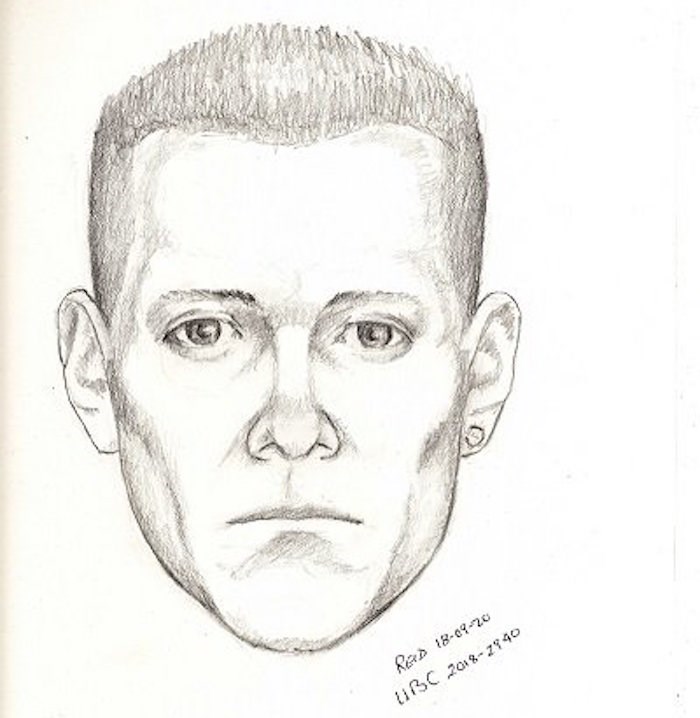 The man is described as:

South Asian or Middle Eastern with darker skin; 5’7 to 5’8 tall; average build; curly hair, dark on the sides and lighter on top; 30 to early 40 years of age; wearing a light coloured hoodie or long sleeved shirt, grey sweatpants, and a small diamond or crystal earring.

If you have information about this incident, or can identify this man, you are asked to contact the University RCMP at 604-224-1322.

Additionally, University RCMP remind everyone that if you see a crime in process to call 9-1-1 immediately.