There's a lawn in Metro Vancouver that's attracting a bit of attention as Halloween approaches, thanks to a UFO that appears to be "crashed" right into the grass.

The home is situated on Flamingo Court in Richmond, the sole house in the general area that seems to be in the Halloween spirit as of yet--there aren't many other homes with any kind of decorations around here. 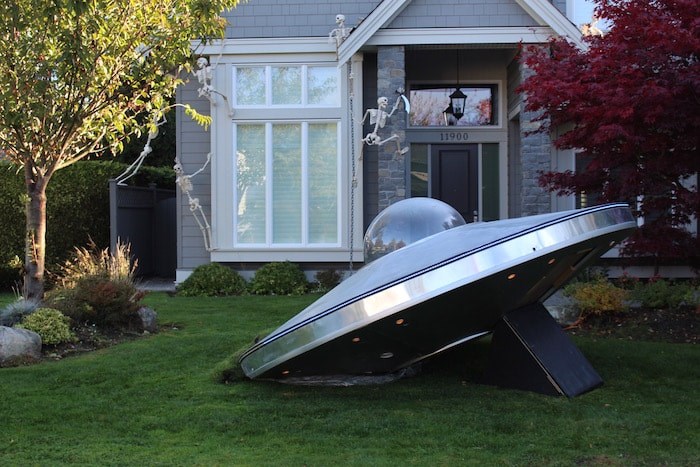 Going as far as including rolled back turf where the light-up UFO seems to have smashed into the lawn, the installation is definitely livening up the Halloween decor landscape. As a bonus, there are some sword-wielding skeletons climbing up the exterior house walls.

So what's it all about? Redditors report having seen the same UFO prop being used this summer for a film shoot in Metro Vancouver, and others say the home is known in the neighbourhood for doing fun things at Halloween--like having a haunted house set up in the garage. Sounds like no matter what these homeowners do for a living, they are good eggs when it comes to having the Halloween spirit. 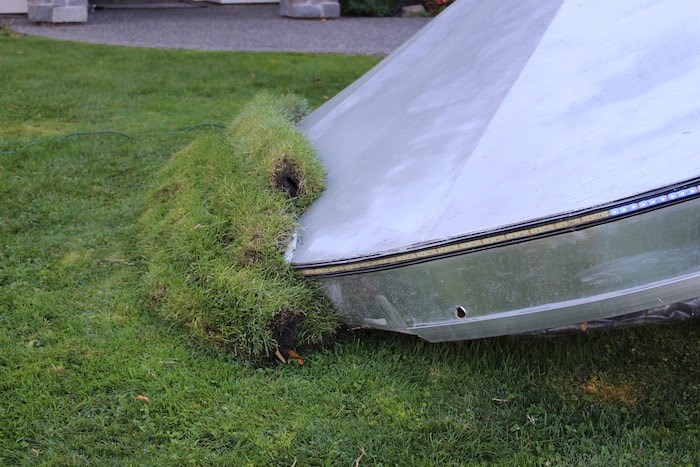 If you want to do your trick-or-treating this year at this house and nearby, head to the "bird streets" located south of Steveston Highway between No. 2 Road and Railway and take your chances; it's not a neighbourhood that's considered one of Metro Van's absolute best for trick-or-treaters just yet. 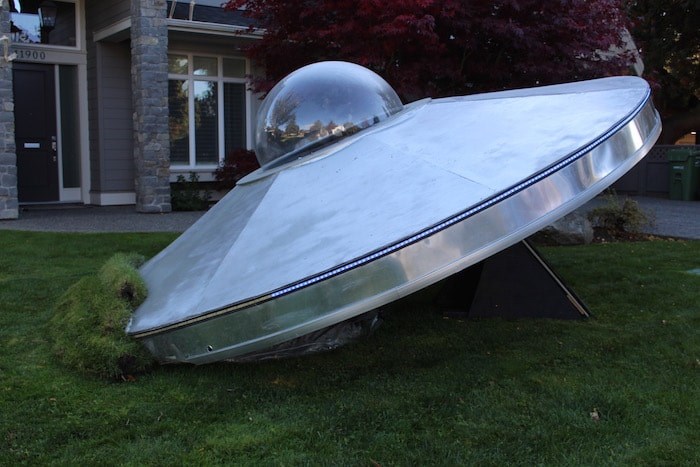