Vancouver Police are asking for help identifying a suspect in several unprovoked attacks on the West Side.

In each case, the suspect would approach the victim in a public area, such as a sidewalk or convenience store. Without provocation, he would either punch, elbow or push the victim before walking away.

In all four incidents, the victims did not know the suspect. The motive in each case is unclear and the attacks appear to be random. The victims all sustained minor injuries.

The assailant was described as black, in his 20s, 5’9? tall, with a medium build, and was clean-shaven with short black hair. In the first two offences, the suspect was wearing a white t-shirt with an upside down “A” symbol on it, a blue jacket, blue jeans, and black runners. 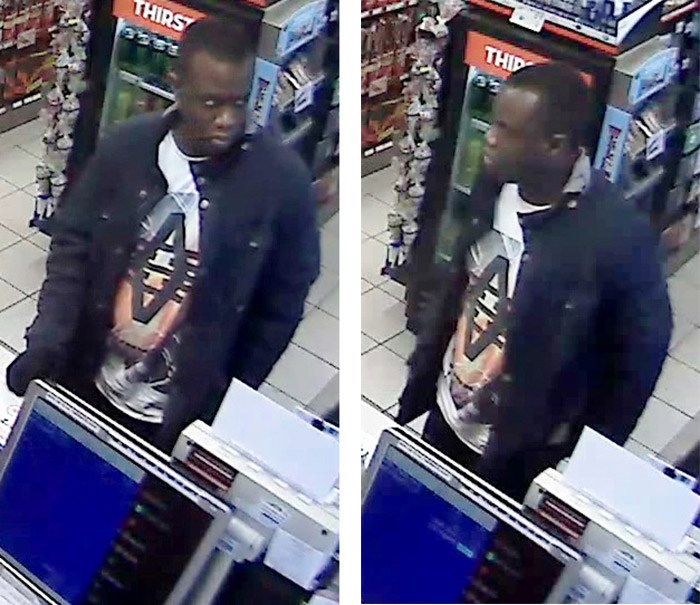