Temperatures on the mountain are expected to dip as low as -2 degrees Celsius Monday
Oct 26, 2020 9:30 AM By: Sarah Grochowski 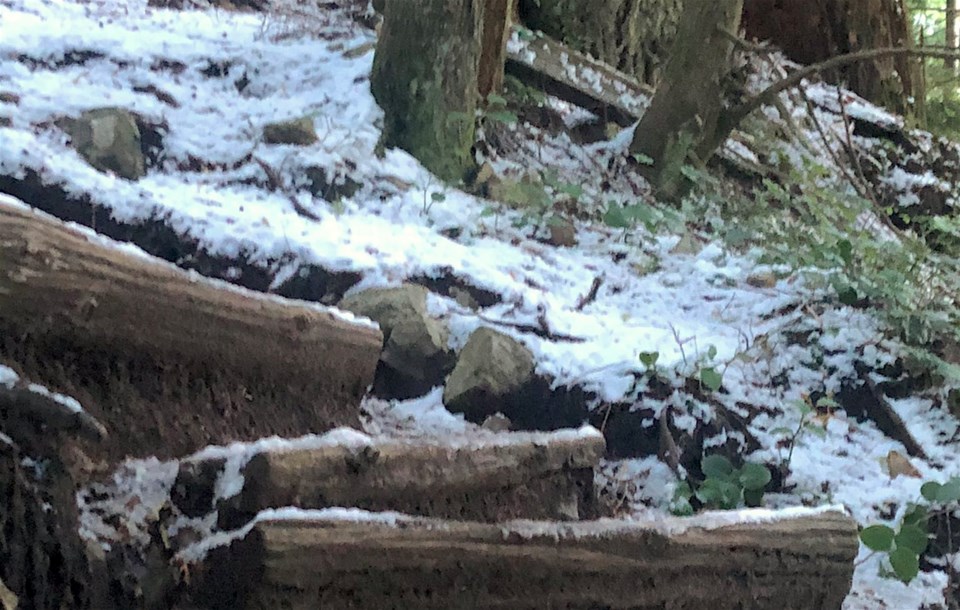 The Grouse Grind has become increasingly icy and unsafe for hikers. It was closed Sunday. Photo: Twitter/Malcolmjchrystal

Grouse Grind is closed following this past weekend’s cold snap, which broke a handful of weather records in the Lower Mainland.

The steep trail of natural stairs in North Vancouver shuttered Sunday due to “unsafe icy conditions,” said the governing body of the regional park it is part of, Metro Vancouver.

“Staff will reassess later in the day and advise [the trail’s closure] regarding tomorrow,” it added.

The #GrouseGrind Trail will be CLOSED for the remainder of today and Monday, Oct. 26 due to unsafe icy conditions. If you use the BCMC Route in Grouse Mountain Regional Park, you are advised to use microspikes. Leave enough time to finish your hike before sunset.

Instead, the authority is advising hikers to use the nearby BC Mountaineering Club Route, which is located just east of the Grind.

That's because temperatures on the mountain are expected to dip as low as -2 degrees Celsius Monday.

Those who do venture out on the club route are being asked to bring proper footwear, including microspikes.

'Early season snowfall' prompts special weather bulletin for parts of Vancouver, Lower Mainland
Oct 22, 2020 10:12 AM
Comments
We welcome your feedback and encourage you to share your thoughts. We ask that you be respectful of others and their points of view, refrain from personal attacks and stay on topic. To learn about our commenting policies and how we moderate, please read our Community Guidelines.