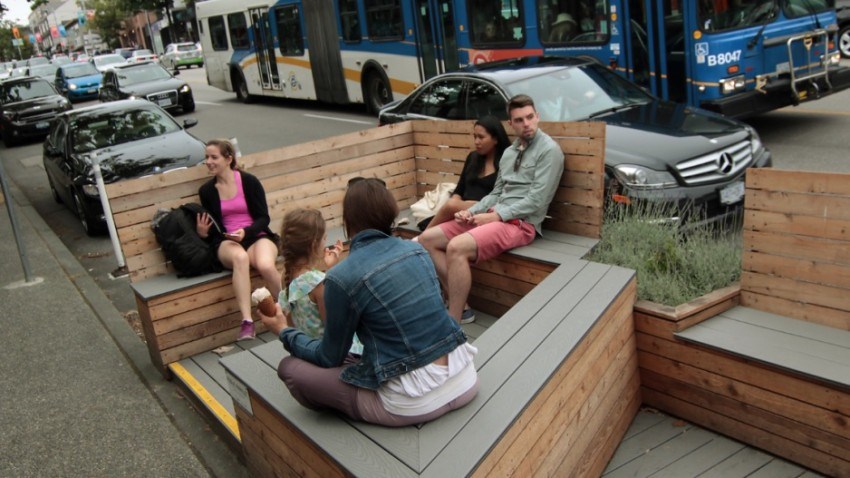 The City of Vancouver's plan to allow restaurants to more easily get approval to open temporary patios has found traction, with city staffers approving 260 such patios since the program launched on June 1. More parklets are also on the horizon.

The vast majority of those newly approved temporary patios, or 210, are on public land, while 50 are private patios, according to the city. Approved patios have permits to operate until October 31, and the city is waiving application and permit fees.

Another 27 patios are under review, with 19 of those from entrepreneurs eager to expand onto public land. The city has also received 91 applications that its staff has deemed to be outside the scope of the program.

Restaurant owners who were forced to close dining rooms between mid-March and mid-May asked the city for a simpler and speedier process to approve patios, and they were rewarded when council voted for the program in late May.

The rise of these patios is partly why B.C.'s provincial health officer, Bonnie Henry, on June 10 issued an order that allows restaurants to operate at more than 50% capacity.

"Vancouver businesses are in the midst of what is traditionally their busiest season," the city acknowledged in a July 17 statement.

"Temporary patios help to move seating outdoors so that physical distancing requirements can be followed."

In addition to those business-related patios, this week, people will be start to be able to use temporary sidewalk-and-parklet extensions on Robson Street.

The city partnered with the Robson Street Business Association to re-purpose the curb lane in some parts of the street and to extend the sidewalk and existing parklets to create more space for people to linger.