Wobbling, among other things, make African Penguins a fan-favourite of visitors at the Vancouver Aquarium.
0
Apr 25, 2019 4:46 PM By: Elana Shepert 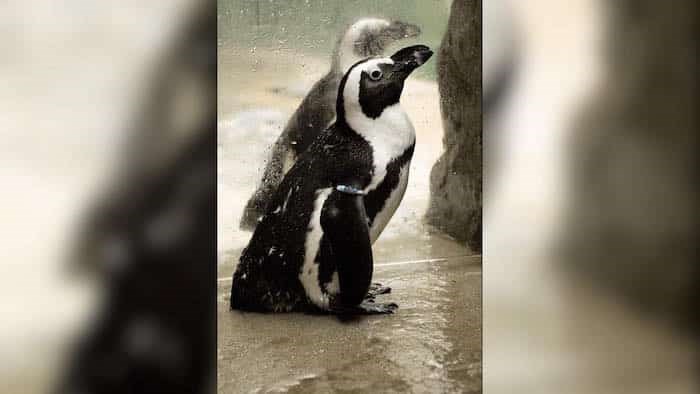 Penguins are an anomaly of the bird world - flightless - and they bear aquatic wings that have evolved into flippers. As a result, they're adept in the ocean, but on land, well, they tend to wobble.

But wobbling, among other things, make them a fan-favourite of visitors at the Vancouver Aquarium. The Aquarium is home to African penguins, and their habitat is inspired by the Boulders Beach in Cape Town, South Africa.

In honour of World Penguin Day, the Aquarium tweeted a video of a decidedly weird, yet incredible penguin phenomenon - the penguin molt. The video shows a penguin going through a rather drastic transformation, as it looses practically all of its feathers.

To celebrate #WorldPenguinDay, we present you with a weird and wonderful penguin phenomenon. Behold the molt. pic.twitter.com/ukuy7CFu70

Penguin's feathers are crucial for keeping them warm and dry in the ocean. As such, it is important that they are in good condition at all times, which requires the birds to molt.

According to the New England Aquarium a, "penguin's molt is sometimes called a catastrophic molt, because unlike most birds that will molt a few feathers at a time, penguins molt all of their feathers all at once."