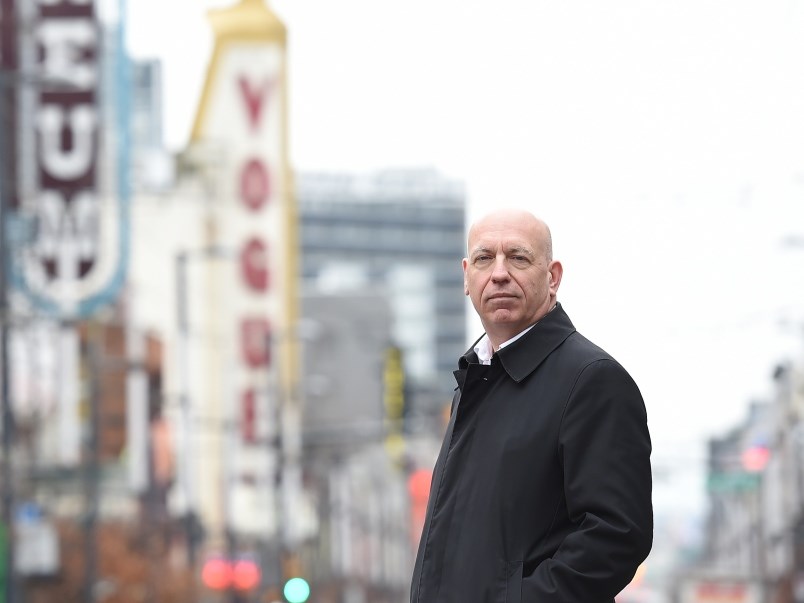 The Downtown Vancouver Business Improvement Association is calling on the federal government to expand “safe supply” drug programs in the city and across Canada to prevent further overdose deaths.

Charles Gauthier, the president and CEO of the association, said Wednesday in a short YouTube video that such a move is needed to complement current life-preserving measures available to drug users.

“Although naloxone kits and overdose prevention sites have helped decrease the number of overdose deaths in our city, the DVBIA believes that a safe drug supply is what’s needed now to truly make a difference,” said Gauthier, noting the association has long supported the city’s four pillars drug strategy of harm reduction, treatment, prevention and enforcement.

“But it’s time to include a safe supply in the mix.”

The term “safe supply” is commonly used to describe medical-grade drugs such as prescription heroin and the painkiller hydromorphone, which are prescribed to chronic drug users enrolled in clinic-based programs.

The aim of such programs is to have users no longer depend on poisonous street drugs, get healthy and reduce the need to commit crime or participate in risky behaviour to feed their habits.

Gauthier’s video comes after the association’s board of directors recently approved a policy that demands expansion of safe supply programs. He described the policy on Twitter as “bold and courageous.”

“This is a national public health emergency and indeed a problem faced by many large cities throughout the world,” he said in the video.

“What’s needed now is for us to allow cities to implement innovative pilot programs that prioritize diversion to safe supply.”

The DVBIA went on record in May 2018 to support supervised injection sites downtown, noting they would reduce the number of injections in business bathrooms and give users access to drug treatment programs.

The association’s call for a safe supply is in line with demands from Mayor Kennedy Stewart, the Vancouver Police Department, Vancouver Coastal Health and drug users’ advocates.

Vancouver and the rest of the province have been hardest hit by opioid-related deaths, with Ontario close behind as the nation grapples with a crisis that claimed more than 9,000 lives since 2016.

Gauthier pointed out that in 2016 a total of 232 people died of an overdose in Vancouver, a 67 per cent increase from the previous year.

The most recent data from the BC Coroners Service, which captured statistics from January to October 2019, showed 210 people died in Vancouver.

In Vancouver, the Crosstown Clinic in the Downtown Eastside is the only facility in the city that operates a program where drug users have access to prescription heroin, which they use on the premises.

A few blocks east of the facility is the Molson Bank building, near Main and Hastings, where the PHS Community Services Society runs a program where users are given hydromorphone pills on site.

While preventing deaths was at the forefront of Gauthier’s video Wednesday, the connection between property crime downtown and drug users is also a reality he’s discussed with the Courier.

Gauthier lamented the vehicle break-in problem in a Courier interview in February 2019, acknowledging what police have long said about the direct connection between break-ins and feeding a drug habit.

He said police enforcement, patrols by the DVBIA’s Downtown Ambassadors and education campaigns can only go so far.

“We may be at the point where we may need to look at other options, which is providing people with access to the drugs that they need and taking the wind out of the sails that’s fueling the property crime,” Gauthier said at the time.

The first seven days of this year saw 258 vehicles break-ins in Vancouver, with the majority concentrated downtown between Main Street and Burrard Street.