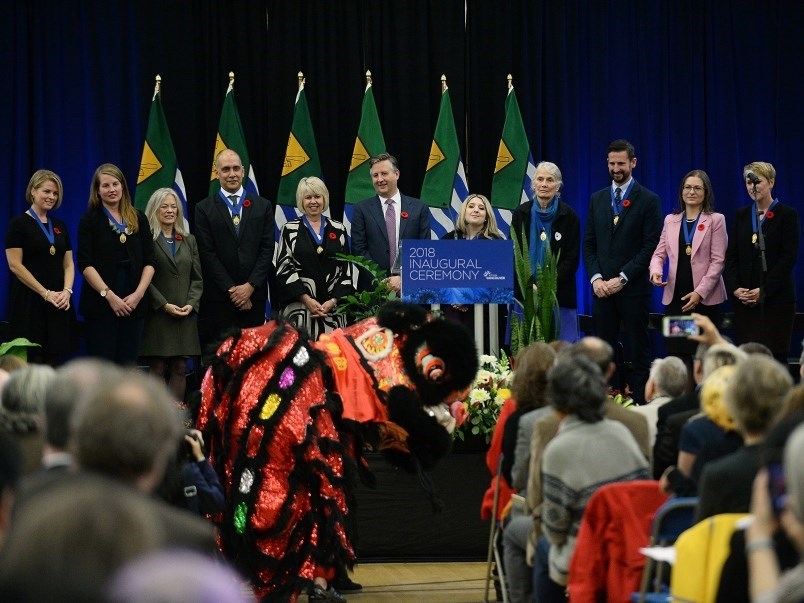 In fact, Mayor Kennedy Stewart and the 10 councillors are getting a slight increase in pay this year, with a 0.3 per cent bump to their salaries.

Glacier Media emailed questions Monday to the mayor and all councillors regarding the decision to discontinue the pay cut and accept the 0.3 per cent increase to their salaries in 2021.

Only the mayor’s director of communications Alvin Singh and councillors Jean Swanson and Sarah Kirby-Yung had replied before this story was posted Thursday.

“The mayor will continue to monitor city finances closely, and like last year, if the çity is forced once again into layoffs or furloughs, the mayor will move to have those same reductions mirrored by mayor and council,” Singh said.

Swanson said she didn’t care if the pay cut continued or not.

“I am donating money beyond the Vancouver wage to assorted people and causes,” Swanson said. “So if the cut continues, I donate less.”

But Swanson said a councillor’s salary “needs to be high enough that you don’t have to be independently wealthy to run and get elected.” Sometimes, she added, “I fantasize that politician wage increases should be tied to welfare rate increases though.”

Kirby-Yung explained the 10 per cent pay cut last year was to mirror the reduction and duration of the decrease in pay taken by exempt, non-union city staff during the “COVID response period.”

“It should be noted those exempt staff [managers] were actually furloughed, meaning they were working 10 per cent less time, and therefore received less compensation accordingly,” she said. “During that time, council took the pay cut, but continued with regular duties.”

The unpaid furloughs for exempt staff ended in September, with the city’s communications department pointing out Vancouver “is the only municipality/level of government that we are aware of to put a furlough program in place, and one of only a few that held back budgeted staff increases.”

The furloughs amounted to approximately $5 million in savings. The city employs about 1,100 management and other non-union staff. No decision has been made whether increases to salaries will go ahead for those employees, the city’s communications department said.

The city laid off 1,800 union workers early on in the pandemic after libraries, community centres, ice rinks, pools and libraries were closed to the public. Most of those workers have returned to their jobs.

Council’s decision last April to take a 10 per cent pay cut was largely a symbolic gesture, as councillors acknowledged in their remarks at the time of the unanimous vote. The savings for the year amounted to about $90,000, the city said.

At the time, the city faced revenue losses of $4 million to $5 million per week. It ended the year with a revenue loss of $85 million. Revenues are not expected to return to pre-pandemic levels this year and will require the city to draw millions of dollars from its stabilization reserve funds.

No timeframe was included in council’s decision in April as to how long the pay cut would be in place. But Kirby-Yung said the intent was for it to last at least until the end of 2020. Council voted again in November to ensure the cut continued until the end of the year.

“Vancouver city council were unique in taking a salary cut as this was not something we saw done by MLAs or MPs, or other municipalities,” she said.

The 0.3 per cent increase to salaries for mayor and council was not the result of a vote by the current council. A previous council decided long ago — based on an independent panel’s recommendation in 1995 — that pay increases would kick in each Jan. 1.

Increases fluctuate and have involved formulas that factor in the Consumer Price Index (CPI), a separate calculation for the mayor’s salary, the average weekly wage for B.C. and data from Statistics Canada.

The 0.3 per cent boost this year represents the increase in CPI for Vancouver for 12 months ending in October 2020. The increase does not include expense allowances or compensation related to board member work at the Metro Vancouver agency.

Councillors also receive pay for duties as deputy mayor and duty councillor (monthly salary is $3,278 for both) and a monthly salary of $1,192 as acting mayor.

The city’s statement of financial information for 2019 showed the highest earning councillor in 2019 was the Green Party’s Michael Wiebe at $101,883, followed by the NPA’s Colleen Hardwick at $101,733.

Wiebe’s Green Party colleague, Adriane Carr, earned the lowest amount of the 11-member council at $92,148. The city’s 2020 statement of financial information will be released in the spring.