Stay Alert: Vancouver Crime Map pulls from publicly available data to show recent crime in every neighbourhood in the city.

Its creator, Emilio Ditrocchio, was taking courses in forensics and volunteering with community policing when he came up with the concept for it. He tells us "I thought it would be a good way to spread awareness in the community" as well as learning how to code apps for Android, so he put it together himself. 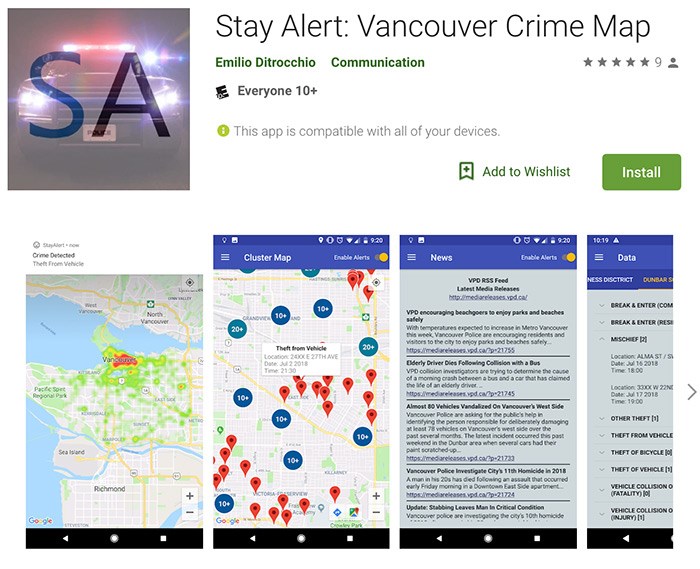 It includes a number of features including a heat map showing where the most crime has occurred recently as well as a cluster map that zeroes in on actual crimes reported. 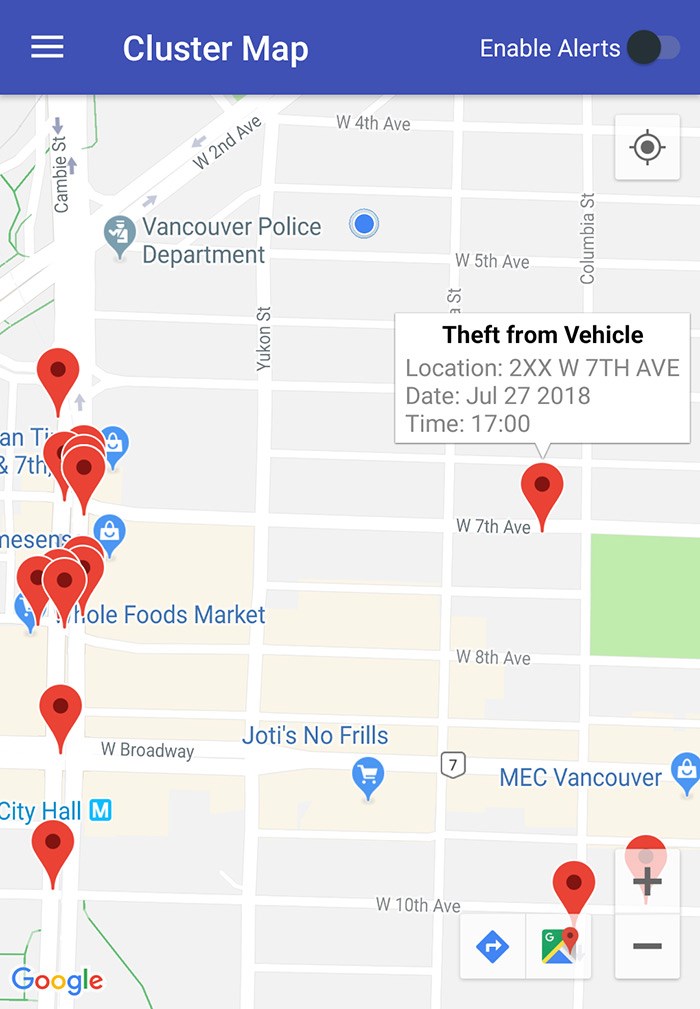 Recent crime near the Vancouver Is Awesome office, represented by the little blue dot near the police station. Screengrab

The app is also tapped in to the Vancouver Police Department's press releases, so any time they send something out to the media you'll receive it.

Users can set notifications so they receive a prompt every time they're entering an area where a crime has recently occurred, which could be potentially annoying or helpful, depending on where you live.

Future plans for Stay Alert are to have it include more historical data on crime in the city and display changes over time, as well as a function would would allow users to sort by specific crimes on the map.

No Apple version will be available any time soon, so it's for us Android lovers only.