The City of Vancouver announced Tuesday a new pilot project for experienced homebuilder teams that will reduced permit processing times from between 28 and 38 weeks to six to eight weeks.
May 30, 2018 12:57 PM By: Glacier Media 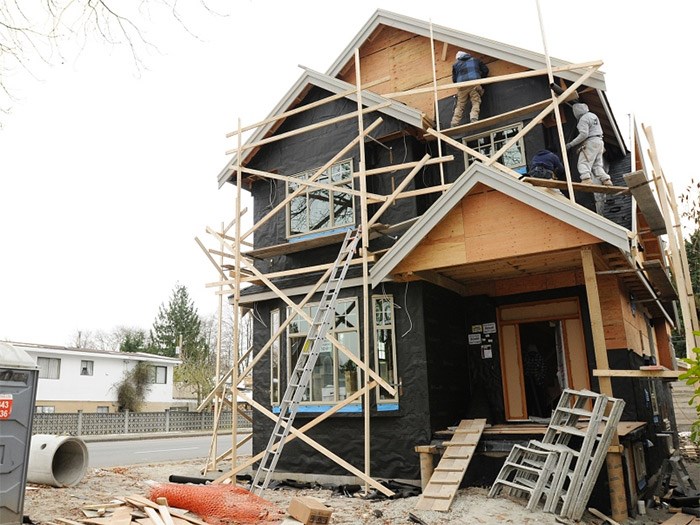 The City of Vancouver announced Tuesday a new pilot project for experienced homebuilder teams that will reduced permit processing times from between 28 and 38 weeks to six to eight weeks. Photo Dan Toulgoet

The City of Vancouver is launching a new pilot program for experienced homebuilder teams that will significantly reduce permit processing times from 28 to 38 weeks to six to eight weeks.

The Applicant Supported and Assisted Process (ASAP) was designed with the aim of expediting single-family and laneway homes as part of the Housing Vancouver goal to create 10,000 new ground-level homes over the next 10 years.

“This pilot is one of several new measures implemented by the City to speed up the delivery of new housing , and streamline planning and development processes,” Kaye Krishna, general manager of development, buildings and licencing, said in a press release. “This includes piloting new ideas, a system wide review of our policies and processes, and adding more staff across our departments to better meet demand.”

The first phase of the pilot will include 20 to 30 projects to test new ideas that, if they prove successful, could then be scaled into the regular permitting process.

According to the city, Vancouver has seen unprecedented levels of development over the past five years. Last year, the city issued more than 1,300 development and building permits for new homes and laneway homes.

Several steps in the regular process will be streamlined to maximize efficiency and reduce the amount of time it takes to get a permit. The changes include running aspects of the application in parallel, requiring certain information at the start of the process instead of mid-stream and issuing permits at the same time where applicable. Reductions in the pilot permit processing times will also be achieved by working with experienced designers and builders.

“The GVHBA will continue to work closely with the City of Vancouver and other local governments to improve the residential permitting process, to the benefit of homeowners, industry and municipalities,” he said.

A limited number of designers and homebuilders are being invited to participate in the initial pilot. Those chosen have consistently produced complete, high-quality permit applications in the past and are knowledgeable about the permitting process.

ASAP participants will be required to meet certain criteria beyond the regular process as part of their participation, including mandatory pre-application review, providing more detailed information about each application up front, ensuring the same business contact is available from application start to finish and committing to certain turnaround times for each step of the process.

Efforts to transform planning and development processes at the city have already improved response times in areas such as affordable housing and single-family housing.