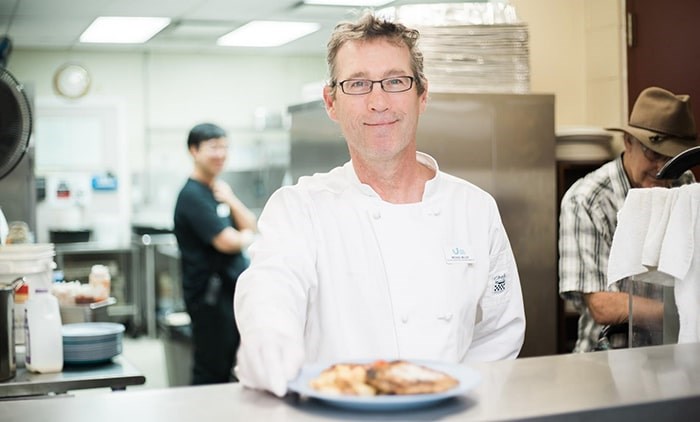 The organization, which helps people overcome poverty, homelessness and addiction, has been serving up its Christmas Dinner to people in need on the Downtown Eastside for 79 years.

The festive event holds a special place in the 57-year-old’s heart for a number of reasons.

“Feeding someone with a meal that you have carefully prepared can have a profound impact.”

Miller knows the impact something as simple as a warm meal can have first hand. He’s now the kitchen supervisor at UGM, but 23 years ago his life was completely different.

He was homeless and living on the streets of the Downtown Eastside with only $9 in his pocket.

Miller’s life had been on a downhill spiral from an early age. He said his struggles stemmed back to when he was just 10 years old and his parents abruptly separated, after the family moved from Cleveland to Montreal. As he got older, he used alcohol to mask his feelings of pain, which escalated into a severe addiction through early adulthood.

He’d arrived in Vancouver after trying to escape his broken family and life of addition in Montreal. Miller said he travelled briefly to try and shake his woes but wound up back where he started.

His addiction damaged his relationships, decimated his financial security, and deepened into homelessness.

Looking back to that time of his life, Miller said Christmas cheer wasn’t often on the holiday menu.

“A lot of years at Christmas I was alone and thousands of miles from home,” he said.

“Being surrounded by strangers and empty bottles was no consolation.”

He spent his first night in Vancouver in a newspaper dumpster, and although he was a trained chef by trade, soon found himself relying on UGM for meals to sustain his malnourished 133-pound frame.

“The cooks really went out of their way to make their food robust and tasty, because they had a huge heart for people. I was pretty impressed by that.” 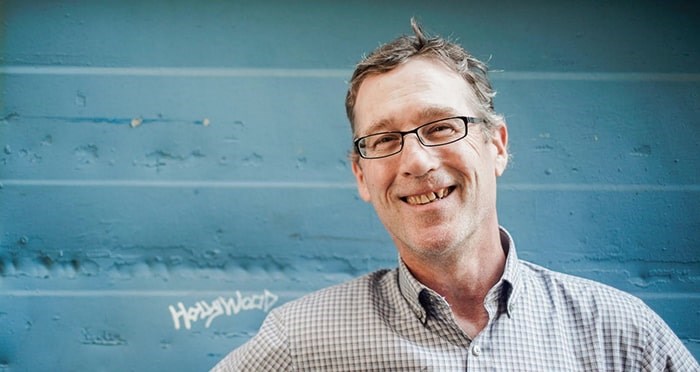 Drawn in by the support, Miller connected to UGM’s drug and alcohol recovery program and then, just before Christmas, was offered a job in the very kitchen that helped transform his life.

Now, he’s hoping handing a Christmas meal to someone else in need will have the same impact it had on him all those years ago.

A whopping 2,000 pounds of turkey (that’s 130 turkeys) along with a mountain of sides including 800 pounds of mashed potatoes, 700 pounds of vegetables, 800 pounds of stuffing, 300 litres of gravy, 260 litres of cranberry sauce and 3,600 dinner rolls will be prepared for the day.

To top it all off, for dessert there will be 600 apple pies and 400 litres of ice cream ready to go.

UGM has been feeding hope and changing lives of men, women, youth, and children for more than 78 years. Through its seven locations in Metro Vancouver and the city of Mission, UGM provides emergency shelter, meals, outreach, career development counselling, education, safe and affordable housing, addiction recovery, and much more to those struggling with poverty, homelessness and addiction.

UGM’s Rachael Allen said Christmas time was often the most crushing and hopeless season of the year for the charity’s homeless guests.

“This Christmas meal will offer celebration and community to others like Mike, who can then connect to our long-term programs and transform their lives," she said.