Vancouver in fight again with landlord of notorious SRO hotels

Regal Hotel on Granville Street owned by Sahota family considered to be in ‘unsafe condition’
Jul 15, 2021 9:58 AM By: Mike Howell 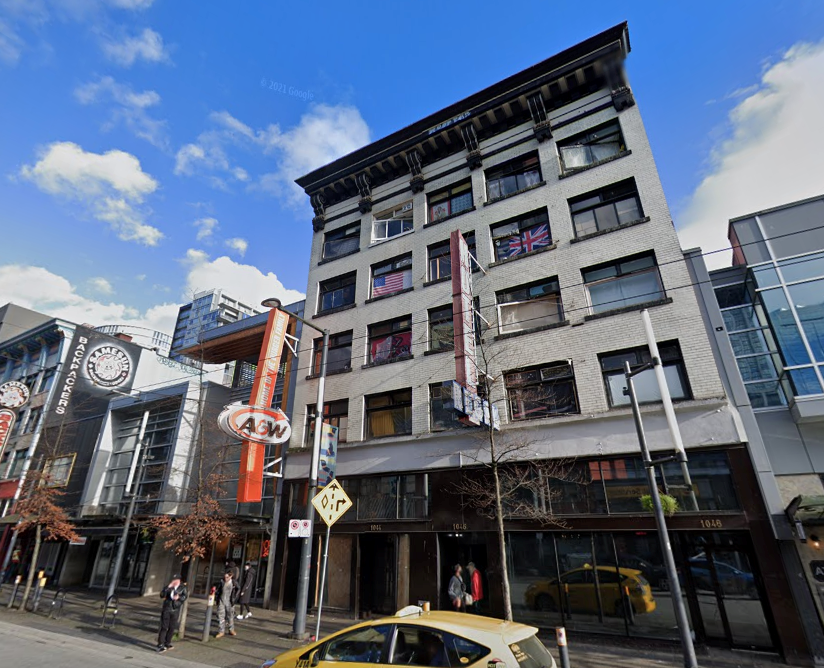 Vancouver city staff wants city council authority to seek a court injunction to ensure the owner of the Regal Hotel on Granville Street will fix the building, which is considered to be in an unsafe condition. Photo Google street view
The city is again in a fight with the landlord of some of Vancouver’s worst single-room-occupancy hotels and wants city council authority to seek an injunction in B.C. Supreme Court to ensure repairs get done on the owner’s Granville Street hotel.

In a report that goes before council next Tuesday, city staff says the Regal Hotel at 1046 Granville St., which is owned by the Sahota family, is considered to be “in an unsafe condition” and represents “an ongoing risk to the life safety of the residents of the building.”

Staff said it is being forced to seek an injunction because the owner has failed to complete repairs city inspectors identified in inspections in 2018 and 2019, which contravene the building bylaw.

Problems identified in the 82-unit hotel include only one acceptable means of egress from the top floor of the building — it requires two — and structural damage to the floor above the ground floor commercial space, “apparently caused by long-term exposure to water.”

“This structural damage is also considered to be an unsafe condition, which could worsen if the repairs are not completed in a timely manner,” the report said.

The report says the owner — which the city identified in documents as Parkash K Sahota of Regal Eighty Management Corp., with an address in Shaughnessy — applied and received building permits to resolve both issues but has yet to complete the work.

“This incomplete work amounts to an unsafe condition that threatens the safety of the building’s occupants,” the report said. “City staff have repeatedly contacted the owner, contractors and consultants about the slow pace of work. In order to expedite the necessary work, staff are now recommending that the city seek a court order requiring the work to be completed in a reasonable time.”

Glacier Media was unable to reach any members of the Sahota family Thursday. The family has typically refused to speak to media, as Glacier Media has learned in several attempts made over the past decade.

The city’s rental property standards database, which lists previous and current violations, shows the Regal has records dating back to April 2014 for contravening one or more bylaws related to building, fire and standards of maintenance.

The Regal was the scene of a homicide in August 2018, with police identifying the victim as 31-year-old Chelsea Lynn De Forge of Vancouver. Her body was found in an apartment on the second floor of the building. 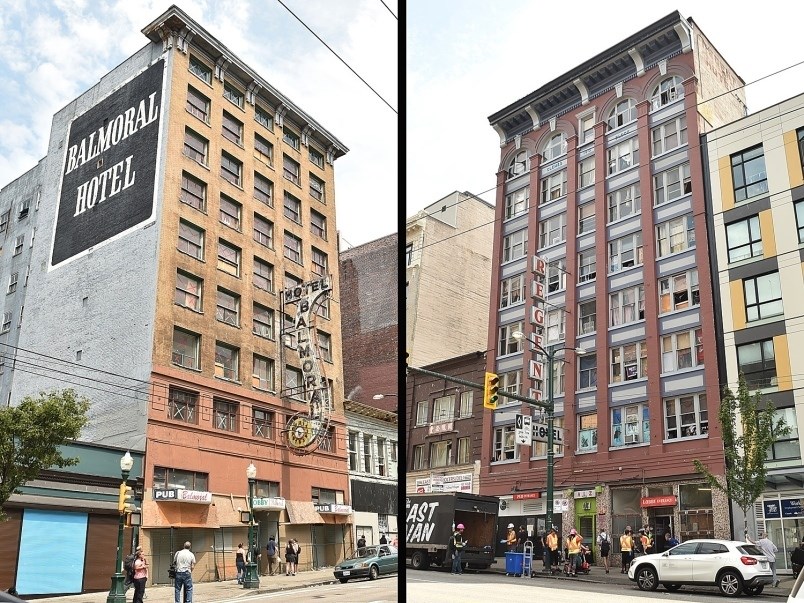 The City of Vancouver now owns the Balmoral and Regent hotels in the Downtown Eastside. File photo Dan Toulgoet

The Sahotas will be familiar to readers who followed the city’s fight to expropriate and eventually buy the Balmoral and Regent hotels on East Hastings, near Main Street.

The city announced in December 2020 that it reached an agreement with the Sahotas to buy the derelict buildings. Terms of the settlement, including value of the deal, weren’t released.

City council approved expropriation of the buildings in November 2019 in an attempt to bring the hotels into public ownership and convert them into social housing. The Sahotas then filed for a judicial review of the city’s expropriation.

The owners withdrew their application for review as part of the settlement.

In announcing the deal in December 2020, the city said in a news release that its decision to settle with the Sahotas was “to mitigate the financial risk posed by the upcoming judicial review and potential claims for greater compensation, and to enable staff to begin planning for community engagement on the future of the properties.”

Glacier Media reported in May that the Balmoral could be redeveloped as part of a land assembly project that includes neighbouring properties, although B.C. Housing and the city continue to discuss the next move for the property.

The Regent, meanwhile, will likely not be demolished and be turned into self-contained suites, according to B.C. Housing CEO Shayne Ramsay, who accompanied Glacier Media on a recent walk along the Hastings Street strip.

The city’s move to seek an injunction against a landlord is rare, as city lawyer Grant Murray explained to council in 2016. He said the last time the city successfully pursued an injunction was against The Clifton on Granville Street, which resulted in the hotel being closed and leaving fewer SRO units for low-income people.

“While certainly the number of violations associated with that building is now zero, it’s also housing nobody,” said Murray, whose comments came during staff presenting a top 10 list of hotels that continued to contravene bylaws.

At the top of the list was the Balmoral, with 144 violations, followed by the Regent, Regal, Cobalt and Astoria, all owned by the Sahota family at the time. Next Tuesday’s council meeting begins at 9:30 a.m.