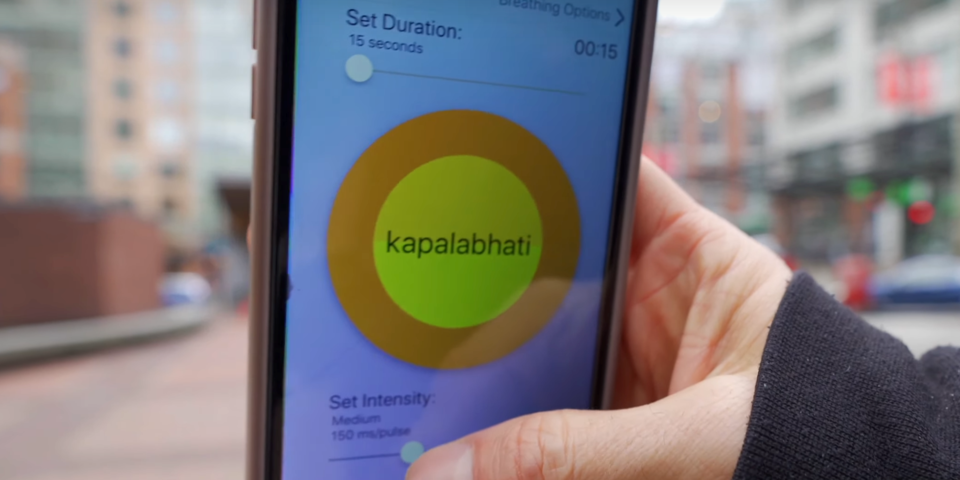 A Vancouver yogi and software developer has combined his two passions to create a new mobile app to help teach people to breathe better.

While you may think you have breathing down pat by now (since you’re always doing it) chances are you don’t and it’s time to unlock the power of conscious breathing.

Touted as the app to exercise your lungs, Just Breathing aims to help users take control over their autonomic nervous system through integrated breathwork.

Creator Matthew Israelson, who has been practicing yoga for about six years now, said he fell in love with breathwork while volunteering and taking classes at Vancouver studio One Yoga For The People. He said the exercise is similar to meditation, but not quite the same.

“Breathwork comes from an Eastern philosophy called Pranayama, or 'control of the vital force' and has a variety of health benefits for those that practice,” Israelson explained.

“When we slow down our breathing rate to about five seconds per inhale and exhale, when you hit that range and above, you start to tap into the parasympathetic nervous system. As a result, we start to slow down our heart rate and calm our mind.” 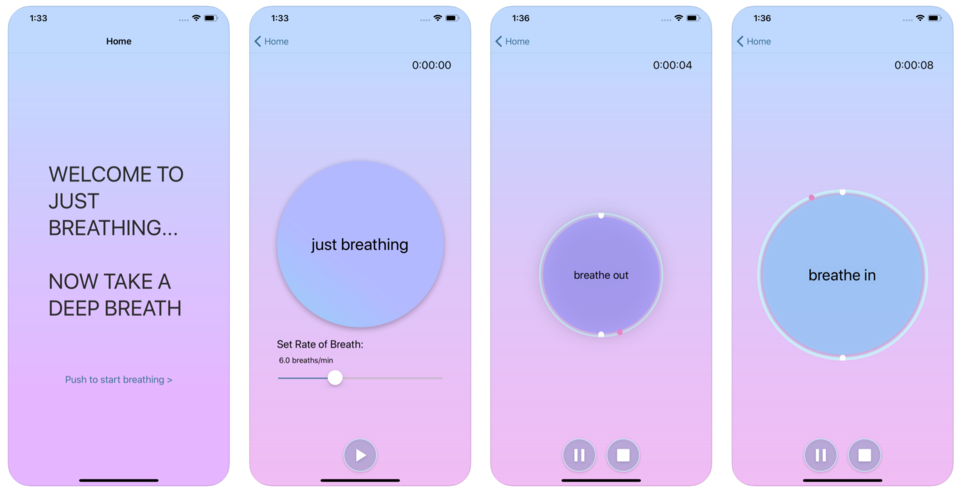 As his interest in breathwork grew, Israelson decided he needed a better way to practice breathing techniques. Inspired by his yoga instructors and community he decided to create an app to help guide himself and others.

After a year in the making, the easy to follow app, which launched in December, offers a fun introduction to the Pranayama philosophy and has sounds and animations for users to follow to help them relax and focus on improving their breathing.

“Part of the app is just getting people to do slow, deep breathing just so they start to connect with their diaphragm and intercostal muscles,” Israelson said.

He said learning to control your breathing helped in situations of stress, anxiety, and confrontation.

“Often we are going into flight or fight response but we are not actually in any physical danger and we’re getting a shot of stress response chemicals through the body," Israelson said."We can start to hack into that biological feedback system through breathing."

Israelson, who uses breathwork to calm himself in large crowds, said if users practiced it regularly they would notice subtle changes in their daily responses to scenarios they found challenging.

"You notice that you have this ability to calm yourself in different situations and it almost just becomes like your natural response,"  Israelson said.

“So instead of getting nervous or having social anxiety you naturally turn to your breath and start breathing deeper.”

Israelson said so far the app offered four breath modalities to help you “control your essence”:

3. Kapalabhati or the Breath of Fire — A belly pumping breath that warms you up.

Israelson said there’d already been a positive response to the app since its launch a few months ago, and he was looking forward to more people benefiting from it.

“People are reaching out from all over the place and saying that they’re enjoying it and that it’s helping them, so it’s incredible to get that feedback from people,” he said.

If you’d like to find out more or practice breathwork in a group setting, a Yin and Just Breathing event is being held at Hot Box Yoga on Feb. 28 at 8 p.m.

Israelson also took to the streets of Vancouver to teach Kapalabhati or the Breath of Fire, you can see how people reacted in the video below.

Downtown Vancouver London Drugs cleared to re-open after employee COVID-19 diagnosis
Mar 30, 2020 8:03 AM
Comments
We welcome your feedback and encourage you to share your thoughts on this story. We ask that you be respectful of others and their points of view, refrain from personal attacks and stay on topic. To learn about our commenting policies and how we moderate, please read our Community Guidelines.