Mayor Kennedy Stewart says he wants to boost city councillors’ “discretionary budgets” from $6,000 to $30,000 to help each of the 10 elected officials better engage with residents.

Stewart, who will present a motion at next week’s council meeting, said the move is his initiative and not being driven by councillors, the majority of whom are new to the job. The $300,000 would come from a contingency fund. 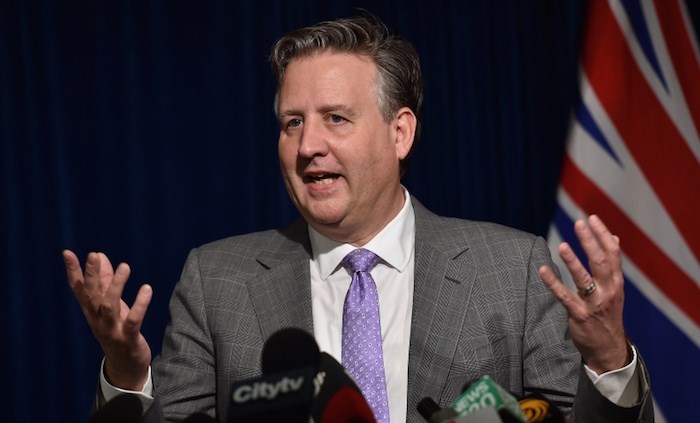 “Councillors in Vancouver are very, very under supported when compared to other councillors across the country,” Stewart told reporters Monday at city hall. “So this is a good first step.”

The mayor noted councillors work in a city that has an at-large voting system and are accountable to all residents as opposed to a ward system, where councillors represent a smaller constituency but have generous budgets to assist in their work.

“Our councillors have to communicate with 650,000 residents and just the deluge of daily emails and phone calls, this money should go a long way to support their interaction with the public,” Stewart said.

At city hall, councillors share assistants and, up until two years ago, did not have discretionary budgets. The city’s website says the budgets can be used for “communications expenses, fees for consulting or other contracted services, costs of research and information gathering and costs of community outreach and events.”

Green Coun. Pete Fry, who was elected last October, shares an assistant with NPA Coun. Melissa De Genova. The majority of the assistant’s work for Fry has been scheduling appointments, he said.

Fry said he welcomes the increase in the budget and—if the mayor’s motion passes—may use the money for research, potentially hiring part-time staff or researchers and organizing town hall meetings.

“Given the workload and just the sheer volume of emails we have to respond to, it’s certainly something that we could make use of,” Fry said. “In part, I think the mayor is trying to signal that’s it not the same kind of mayor’s show that it used to be—where the mayor is all powerful and all-consuming of all the resources and we’re sort of background players to his limelight.”

He suggested he and the two other Green councillors—Adriane Carr and Michael Wiebe—might pool their budgets, but emphasized such a move would not be politically motivated but to better follow up on issues raised by residents. (Current rules allow two or more councillors to “jointly incur councillor discretionary expenses.”)

For example, Fry said, he has received numerous emails from renters and housing advocates that have pointed out concerns with certain rental property owners evicting tenants to conduct renovations.

Hiring a researcher or assistant to collect information that’s not available in the city’s data base—including best practices of other governments—could help him and other councillors better articulate for policy to reduce or prevent so-called “renovictions.”

George Affleck, a former NPA councillor who retired at the end of the last council term, questioned whether councillors needed a boost in their discretionary budgets.

In his seven years on the job, Affleck said, he answered the majority of his emails and phone calls and rarely used an assistant. He said he used his $6,000 discretionary budget mainly to hire freelancers to conduct research so he could prepare his motions to council.

Affleck said he wants to see an independent assessment of councillors’ workloads that justifies increasing budgets to $30,000 each. He said council should also call for a review of the budgets of the mayor and the city’s communications department to find savings and transfer it to councillors, if more money is needed to do their jobs.

“There needs to be much more assessment of all of the departments’ budgets, given another huge [operating] budget increase we saw [in December],” he said. “I don’t want to see any department’s budget go up, but if there’s a justifiable reason that these councillors think they need this $30,000, I’d like to hear it.”