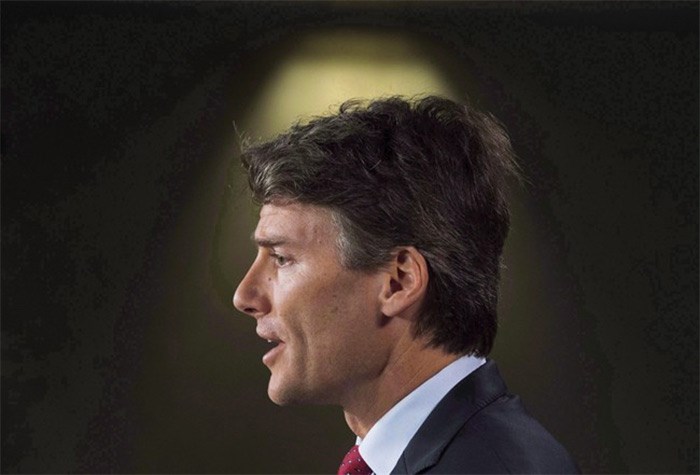 The court ruled that the National Energy Board did not properly consult with First Nations about the project.

Mayor Gregor Robertson, who has long criticized the project, called the decision a “monumental win for the rights of Indigenous peoples…”

The #TransMountain decision is a monumental win for the rights of Indigenous peoples and all of us who stand with them in firm opposition to a project that would massively increase climate pollution and put our coast at huge risk of oil spills.

The double-whammy decision against the #KinderMorgan pipeline validates the strong concerns of #Vancouver & many others that Indigenous peoples were not adequately consulted - and marine impacts of oil tankers were ignored - in the federal review & pipeline approval.

Enormous thanks @tsleilwaututh & @SquamishNation for your spirited leadership and all of the First Nations across Canada who fiercely oppose the #KinderMorgan #TransMountain pipeline - to protect our people, coast and climate.

Vision Vancouver Coun. Andrea Reimer has also been an ardent critic of the pipeline.

After 5 years of trying to get a fair hearing from 2 federal govs, today feels a bit surreal. We’ve contended from day 1 that without authentic involvement of indigenous communities or proper consideration of marine safety, “no” is the only answer. The federal court has agreed /1

It’s been a long, tough fight. I never thought it was impossible but I have to admit my hope got pretty thin. The hardest part was seeing so many people lose faith in democracy as a result of the way they were treated by federal governments (both Harper’s and Trudeau’s) /2

But each new affront only strengthened solidarity btwn First Nations, ENGOs, local gov, +. That resolve - and big courage from critical people in urgent times - was the key. Grateful, & to know that when democracy fails, the court is still there to protect the public interest /3

Our coastal waters, and all of those that rely on clean healthy oceans matter. This is a huge win, and a great way to start the day in BC. https://t.co/njXrgiy6jw

This is tremendous news and a huge win coming out of the Fed. Court of Appeals, validating the rights of indigenous peoples, and further reinforcing the fact that @JustinTrudeaus new nation-to-nation relationship is just empty rhetoric. Stop #TransMountainhttps://t.co/k6BqqGdmgS