Kennedy Stewart backs restaurant association's call to cut fees by half
May 28, 2020 12:05 PM By: Mike Howell 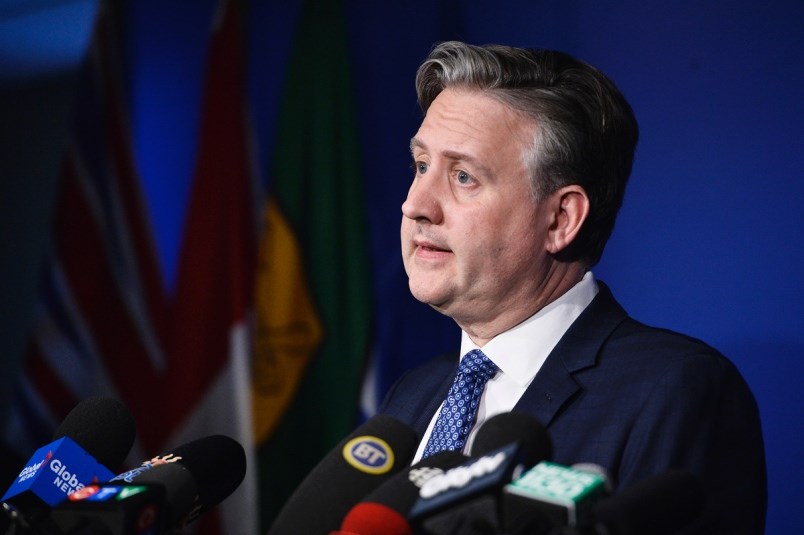 The mayor wants fees temporarily capped at no more than 15 per cent.

“Online delivery services charge restaurants up to 30 per cent, as well as a delivery fee to the customer,” Stewart said at a news conference at city hall.

“These fees are much too onerous for restaurants and cafes, and makes it hard for them to earn enough to keep their doors open and staff working.”

He warned that if the delivery services, which operate via an app, refuse to cut fees, then he will work with senior governments to explore “how we might regulate these companies and ensure their fees are fair.”

“In many cases, for many establishments, this small change could mean the difference between our favourite restaurants staying open — or closing forever,” Stewart said.

The request from the mayor comes after he held virtual meetings with representatives of various sectors of the local economy. It became clear to him, he said, that businesses across the city need more help with trimming costs and maximizing revenues.

Delivery and take-out services have been vital for restaurants and cafes to remain open during the pandemic and earn some revenue. Third-party delivery apps have played an important role in connecting restaurants and customers, yet it has come at a high cost, the mayor said.

“Today, I’m asking the delivery app corporations to do their part to help restaurants and cafes stay afloat through these unprecedented times,” he said, noting he was supporting the B.C. Restaurant and Food Services Association’s call for a 15 per cent cap on third-party delivery platform commissions.

The mayor used his time at the microphone to outline some of city council’s work this week, including agreeing to open applications June 1 for restaurant and pub operators who want to add patios to their businesses.

He also pointed out his motion was approved to “cut red tape and streamline the development process,” where builders can cut between four months to a year off a project’s development.

“Staff have also transformed how we do business at the city by shifting from a paper-based system with in-person meetings, to a fully fledged digital ecosystem complete with new online tools,” he said.

“Now people can apply over the Internet for permits and have their projects reviewed virtually quicker and easier.”

Council also approved two new office towers this week for construction, which the mayor estimated at more than a quarter billion dollars in value. He said the project will create more than 500 construction jobs and office space for 2,250 workers.

Dr. Patricia Daly, the chief medical health officer for Vancouver Coastal Health, joined Stewart at his news conference and provided an update on the COVID-19 outbreak in the region, which includes Richmond, North Vancouver, the Sunshine Coast and Bella Bella and Bella Coola.

Since the outbreak in January, Daly said, the region reported 898 COVID-19 cases, with the majority of people having recovered. She said 19 per cent were hospitalized, with seven percent in intensive care.

“Now is the best time to begin with the reopening [of the economy] because our levels are so low,” Daly said.