A few months ago, I wrote a story in this space about our family’s experience in the Vancouver Minor Hockey Association as overwhelming and confusing.
Feb 5, 2019 4:47 PM By: Grant Lawrence

VMHA coach Stephen Gillis (right) hasn’t missed a practice or a game yet, in an effort to not allow his disease to get in the way of what he loves doing most — coaching his team.

A few months ago, I wrote a story in this space about our family’s experience in the Vancouver Minor Hockey Association. My wife and I found our five-year-old’s entrance into the world of minor hockey overwhelming and confusing. Some readers thought I was too critical. Two recent incidents have gone a long way to fortify my goodwill towards the association.

A few weeks ago, my wife and I made two big mistakes: we forgot to lock our car, and we forgot to take our son’s hockey bag into the house. As is the case pretty much any time we forget to lock the car on our street at night, it was rifled through, and this time, my son’s hockey bag was stolen, filled with his equipment from head to toe.

My son was in shock, and my wife and I were angry, disappointed and frustrated. Since these thieves visit our block pretty much nightly, trying their luck on door handles, I decided to try to appeal to the thief by leaving our car unlocked again. I posted a note, asking if they would please consider returning the bag full of children’s hockey equipment — no questions asked — thank you. (An American friend noted that only in Canada would the victim of a theft leave a please-and-thank-you note for the thief.)

The plan backfired. The thief was back the next night, threw stuff around the car again, and did not return the hockey bag. To add insult to injury, they refused to steal any of the CDs by my band the Smugglers, which I left in clear view.

Then the most amazing thing happened: Lawrence Leong, the parent-volunteer-manager of my son’s division, got the word out. My son’s little five-year-old teammates and their parents rallied as true teammates do. Together, they rooted through their basements and closets and hockey bags and came up with enough hand-me-down gear to outfit three kids, let alone my son. 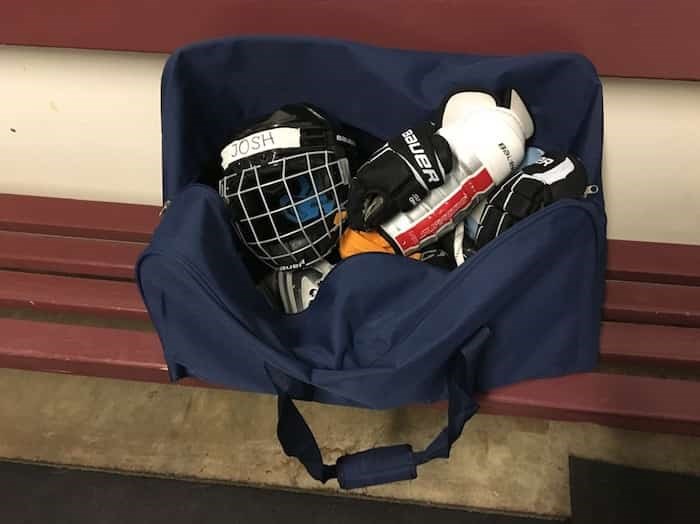 When we arrived at the rink to find a new bag stuffed with gear for my son, it was all I could do to not go full Wayne Gretzky-being-traded-to-LA and weep in the middle of the dressing room. 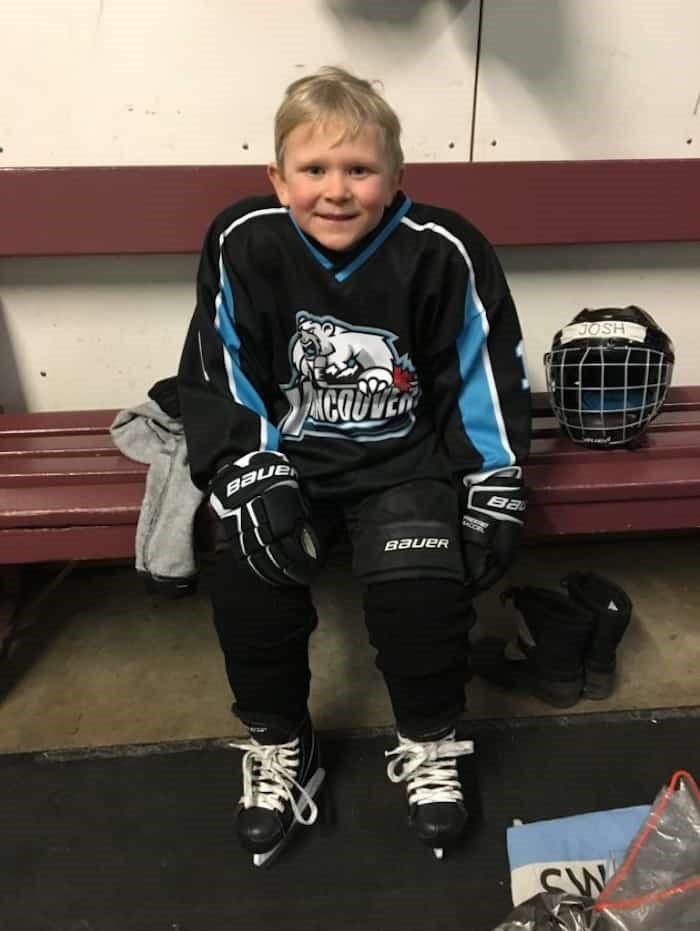 My son (and my wife and I) learned a lot about the strength of a team on and off the ice through this incident, and we have a lot more thank you notes to write.

When it comes to little hockey players doing good, while that stolen gear story warms the heart, it’s the saga of VMHA coach Stephen Gillis that is truly worthy of your attention, and your clicks.

Earlier this season, Gillis, the coach of the VMHA’s peewee team the Spirit, decided to enroll his team in the Chevy Good Deeds Cup competition, a national initiative to encourage young hockey teams to do good things in their community. It was decided after a team vote that the Spirit would support a family in need over the holidays.

While the team raised money for the family, another story emerged: Coach Gillis was battling a serious kidney disease and needed a living donor. The team made a video entitled “Please help us help our coach.” It quickly went viral.

Coach Gillis still hasn’t found a kidney match, but you can imagine how proud he was when the Spirit became the only B.C. team to make it to the national top-10 semi-finals for the 2019 Good Deeds Cup. For the team to move on and become one of the top-three finalists, they need you to view their team’s complete YouTube video until Feb. 9.

Unfortunately, Coach Gillis’s kidneys have gotten worse. Last Friday, he had tubes inserted into his chest for dialysis treatment. And yet, the next morning at 6 a.m., Gillis was on the ice at the Spirits’ practice. In fact, despite his condition, Gillis hasn’t missed a practice or a game yet, in an effort to not allow his disease to get in the way of what he loves doing most — coaching his team.

The winning team of the Chevy Good Deeds Cup receives $100,000 for the charity of their choice, a winner’s ceremony in their hometown and a feature on Hockey Night In Canada.

Help the Spirit help their coach by simply watching their heartfelt video, and see if you don’t pull a Gretzky yourself.