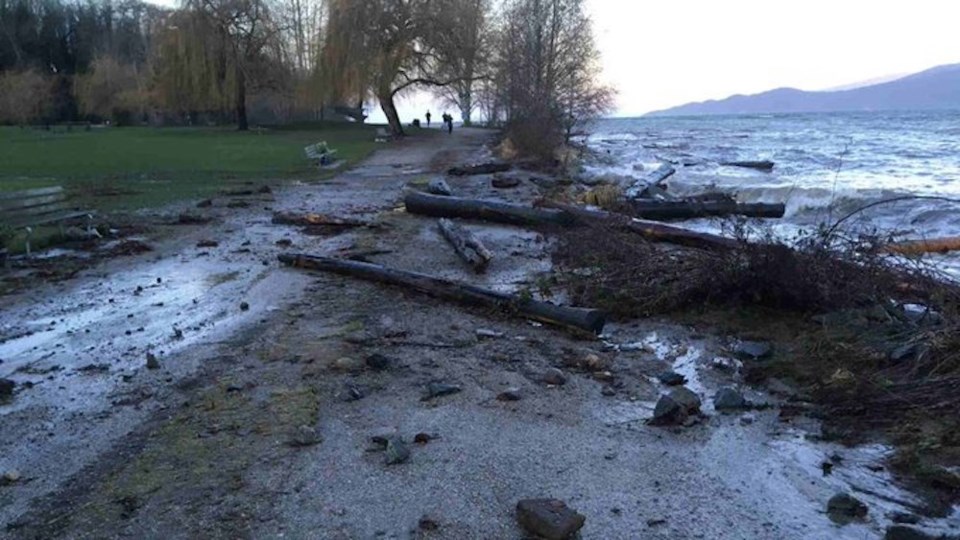 The Vancouver Park Board has closed a portion of the Seawall due to a king tide and high water levels. Photo via @ParkBoard / Twitter

The Vancouver Park Board has closed a portion of the city's seawall due to a king tide and high water levels.

The Park Board took to Twitter Wednesday (Jan. 13) morning to announce that it had closed the seawall from the Lionsgate Bridge to Third Beach.

The public is advised to avoid paths along the shore between Jericho/Spanish Banks to Vanier, and Vanier to Stanley Park.

"Our teams are working hard to clear the debris," adds the Park Board.

What is a king tide?

"The king tide isn't just a normal tidal cycle – but one on steroids," describes The Weather Network.

While they work the way that tides regularly do (they are controlled by the gravitational pull of the moon and the sun), the sea level comes in much higher.

Indeed, this phenomenon takes place a few times a year and creates exceptionally high tides. In fact, areas of the city actually flood when the sea level rises during the event.