Many of the imitation firearms seized by the VPD are being used while committing other crimes, including assault with a weapon, identity theft, drug trafficking offences, and failure to comply with probation conditions.
Jul 7, 2020 12:53 PM By: Elana Shepert 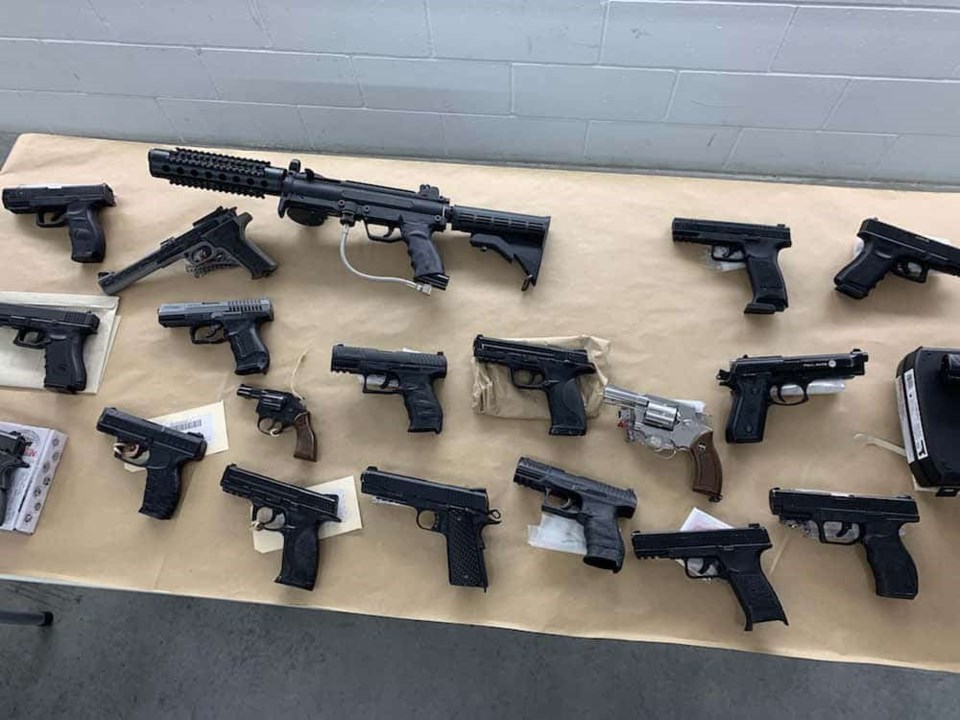 Vancouver Police are reporting a staggering increase in the number of replica gun seizures in Vancouver as well as an increase in the frequency with, "which police encounter highly realistic replica firearms."

“In the first six months of 2020, seizures of replica guns are up over 107 per cent, compared to the same time period in 2018. Most of the seizures are happening during police response to the commission of another offence,” says Inspector Lisa Byrne VPD. “The firearms may be fake, but the risk is real, as it is impossible to distinguish them from real weapons without close examination.”

Vancouver Police seized 103 replica firearms in the first six months of 2018, with that number increasing to 163 in 2019, and skyrocketing to 213 this year. Over 80 percent of the people involved are known offenders.

Many of the imitation firearms seized by the VPD are being used while committing other crimes, including assault with a weapon, identity theft, drug trafficking offences, and failure to comply with probation conditions.

While it is not illegal to possess imitation firearms, it is illegal to:

“The VPD will take all available enforcement action when encountering imitation firearms thus making sure that everyone is safe in their communities,” adds Inspector Byrne. “These weapons present real dangers when used inappropriately and we will be proceeding with charges when we can.”

Anyone who notices any suspicious activity involving replica firearms or who witnesses criminal activity is asked to call 9-1-1.