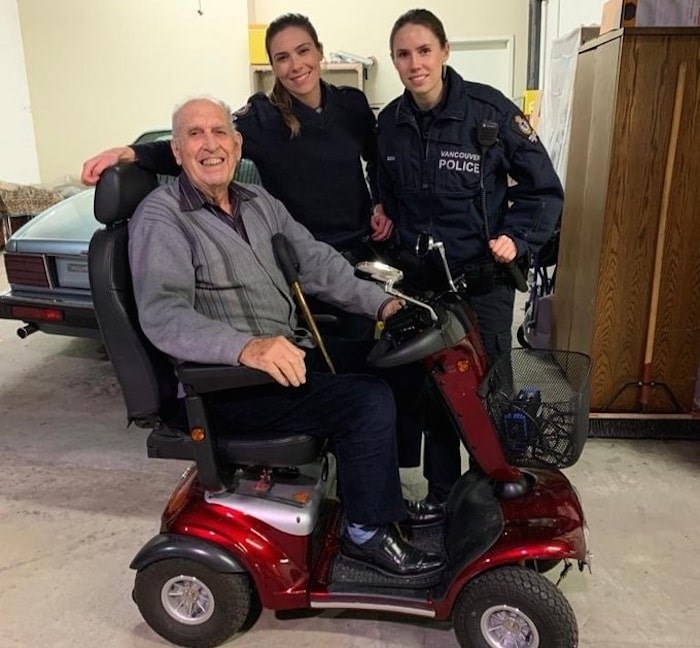 The scooter, valued at $3,500, was reported stolen Tuesday morning in West Vancouver. Two Vancouver police patrol officers came across the report while working on a different investigation.

The officers had reason to believe the scooter could have ended up in the Downtown Eastside, and conducted a search on foot in the area. The scooter was located near Main Street and East Georgia.

After recovering the stolen scooter, the officers loaded it into a police vehicle and drove it to West Vancouver to return it to the owner.

“Our officers deal with crime on a daily basis, but when a vulnerable person is victimized, it really hits us hard,” media relations officer Sgt. Aaron Roed said in a press release. “This victim served his country in the air force, and now, as a senior, the scooter was his only mode of transportation.”

The investigation of the theft is ongoing. No arrests have been made.