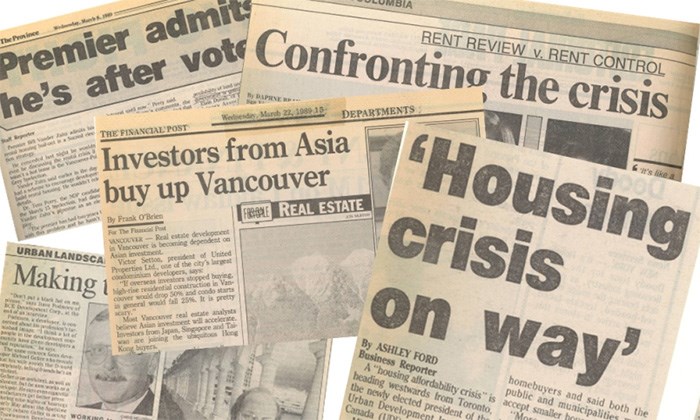 It’s easy to think that the problems facing Vancouver’s housing market are relatively new. But if you take a look back at headlines from 20 or 30 years ago, you’ll see a different story.

Thanks to an extensive collection of real estate news clippings from Vancouver Courier columnist and local developer Michael Geller, obtained by the Courier, we can get a glimpse into how people were feeling about the market three decades ago.

Some issues are surprisingly the same as they are today – foreign buyers, rental housing crisis and developers citing lack of supply among them. Others – such as what was considered a “great” interest rate – are eye-openingly different.

Check out our pick of Geller’s cuttings from around 30 years ago. 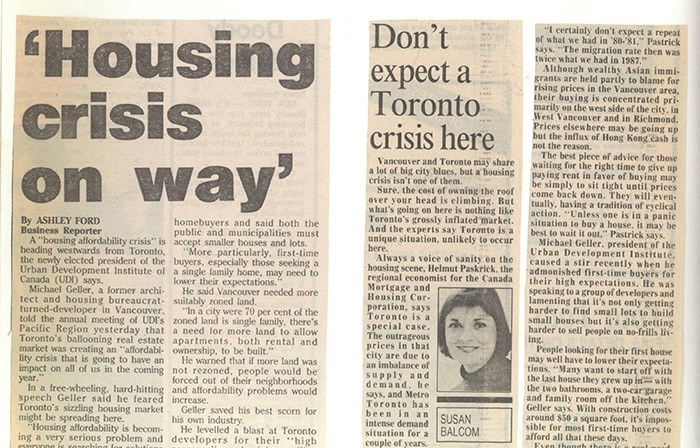 In these May 20, 1988 clippings from the Province, one article quotes Geller warning of an imminent housing affordability crisis spreading west from Toronto, while the other cites Helmut Pastrick, now of Central 1 Credit Union, claiming that such a crisis was not likely. Guess we'll be taking Pastrick's market predictions with a grain of salt from now on. 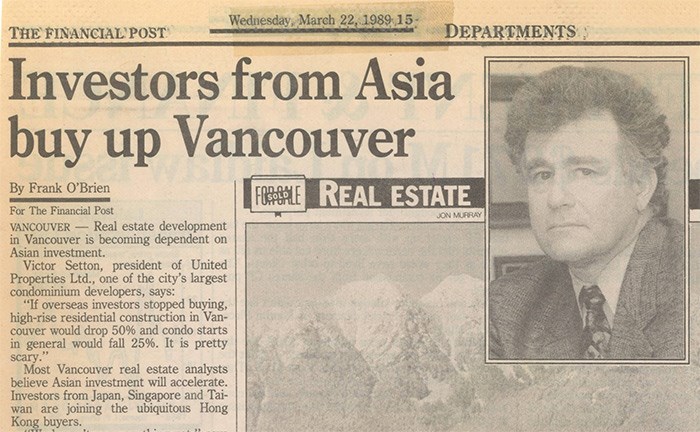 In this Financial Post story from March 22, 1989, veteran reporter Frank O'Brien highlights the issue of overseas buyers snapping up Metro Vancouver real estate, along with developers' concerns about what would happen to local development if this were to stop. 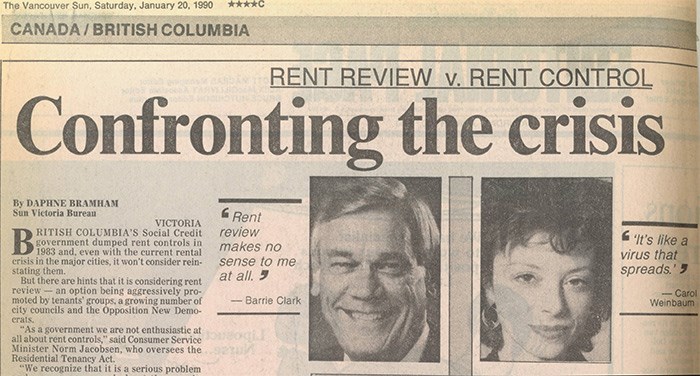 Just like today, there was a rental housing crisis nearly 30 years ago, according to this Vancouver Sun story from January 1990. It examines the issue of rent control, which had been axed in 1983, and whether it should be reinstated (which it later was). 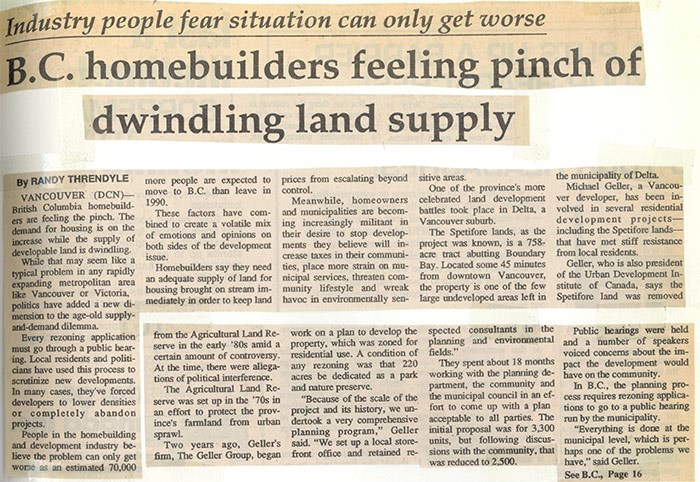 Same quotes, different millennium... It turns out that not only have people been talking about the affordability crisis for decades, but developers have also been citing the supply/demand equation, and Metro Vancouver's lack of supply, for just as long. The above article is from Toronto Commercial News, February 1990.

Did you think that the B.C. Budget tackled housing any better 29 years ago than it did three weeks ago? Apparently not, according to this Province story from March 31, 1989. 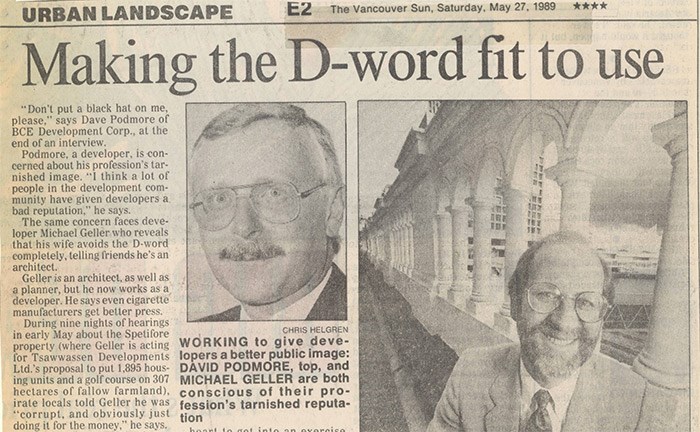 Something else that doesn't seem to change is how frequently developers are vilified by the public. This Vancouver Sun story from May 27, 1989 interviews local developers (who are still going strong today) about development being seen as a dirty word. 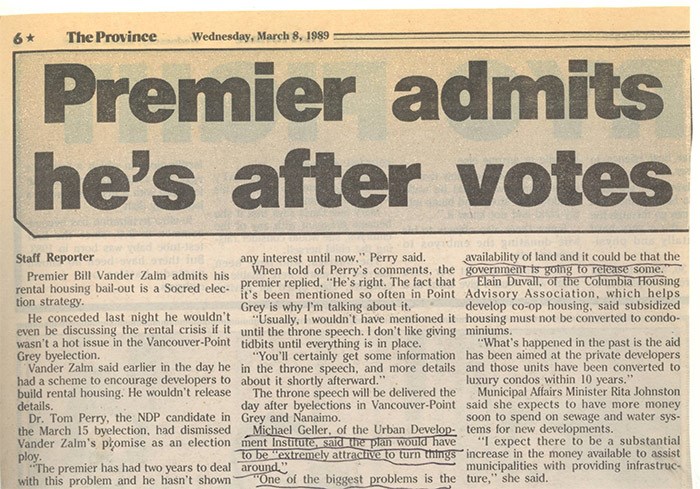 Housing policy has always been a way to gain votes, but at least in the old days politicians would admit to it. This Province story from March 8, 1989 reveals how then-B.C. Premier Bill Vander Zalm confessed that his plan to get developers to built more rental housing was a vote-grab, as it was a major issue in his Point Grey riding, in which his seat was coming up for re-election.

The City of Vancouver's recently announced "locals-first-for-condos" policy may be considered innovative, but a similar initiative was launched in 1989, according to this Sun story from January of that year.

Despite all the above, some things are very different than several decades ago. Check out the above Sun clipping from way back in April 1985, the oldest of our headlines. It cites Geller saying that the reduction in the prime rate will be "great" for housing affordability. The rate fell to its lowest level in six years, to 10.75 per cent. Considering that today's rate is 3.45 per cent, that "great" 1985 rate would be considered astronomical for today's mortgage payers.

One other thing we discovered has changed radically is how presale condos are sold. In this article from June 1989, the Vancouver Sun reports on the first local developments to be sold out of sales centres using floor plans and renderings. Prior to that, the developer had to complete a show suite for potential buyers to look at. Using a sales centre, show suite costs can be avoided and buyers can get in earlier, explains the article.