A small Vancouver charity is fundraising to create a shower truck to help people experiencing homelessness on the Downtown Eastside.
0
Nov 21, 2019 4:11 PM By: Elisia Seeber

A small Vancouver charity is fundraising to create a shower truck to help people experiencing homelessness on the Downtown Eastside.

Caleb Kim, founder of Love One Another Mission Canada, wants to create a shower truck for Vancouver’s homeless.

Reverend Caleb Kim, founder of Love One Another Mission Canada, said he wanted to help improve the daily lives of people on the street by providing an easy option for them to have a warm shower.

“I’ve met so many homeless people and a lot of them want to go back to a job or their families but first of all they need the basics, like a hot shower," he told Vancouver Is Awesome.

Inspired by shower vehicle projects in the U.S., Kim has already purchased a 14-foot truck, but now needs to raise the additional money to fit it out with showers. He said renovators have estimated it will cost up to $17,000 for all the necessary installations. After already paying $13,000 for the truck, he’s hoping the generosity of people will help bring his project to life.

Once complete, the truck will offer two shower booths and will be available for at least three days during the week at various spots on the Downtown Eastside.

It will be an additional option to the City of Vancouver's services. At the moment, two of the three city-owned community centres offer showers, Evelyn Saller Centre, on Alexander Street, and the Gathering Place, on Helmcken Street. The city told V.I.A the Evelyne Saller Centre will be moving from its current location to a new purpose-built facility as part of the Roddan Lodge redevelopment.

"Expanded shower service will be available at the new centre which is anticipated to open in early 2021," the city spokeswoman said.

A shower program is also available at the Kits Community Centre every Saturday between 7:30 and 9 a.m. and at Andy Livingstone Park five mornings a week. 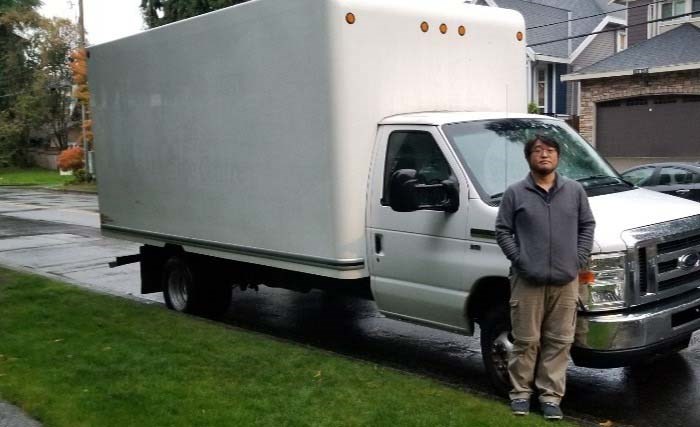 Kim, who visits the DTES often, believes the shower truck would be a convenient and fast way to help people.

The 46-year-old, originally from South Korea, worked in Ontario as a prison chaplain and in homeless ministry for more than 12 years before moving to Vancouver a year and a half ago. He said he was drawn to Vancouver after reading about the escalating homelessness on the Downtown Eastside, in particular, the area bordering the intersection of East Hastings and Columbia streets, labelled “the four blocks of hell” by media.

In this year’s City of Vancouver Homeless Count, in March, 2,223 people were identified as homeless. Up to 614 people were living on the street and 1,609 people were in sheltered locations, including emergency shelters, detox centres, safe houses and hospitals, with no fixed address.

“I was reading about the increasing homelessness and I just wanted to help,” Kim said.

And he’s done just that.

For the past year, his charity —made up by his family: his wife, daughter, 15, son, 13, and a handful of volunteers — has been helping to feed people in need on the DTES every Saturday from 3 p.m. to 6 p.m. at the corner of Columbia and East Hastings street.

The charity offers people meals and a selection of fresh fruit, vegetables, bread and meat. They also have a station for people to have their feet washed.

“Every Saturday we feed over 300 people,” Kim said.

“I want to show to my children that helping people is very important and they are always smiling and happy when they’re there.

“Rainy day or snowy day, it doesn’t matter, we go to the streets.” 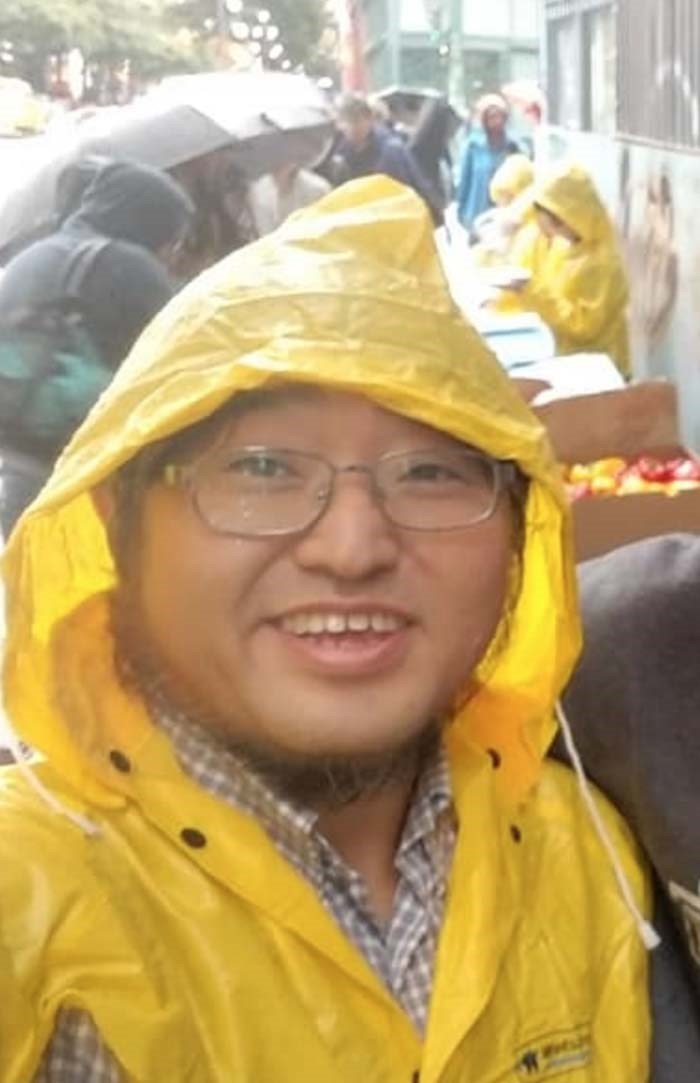 He said giving people hope was the most important part.

“When we do the giveaways at East Hastings, I’ve told people many times, we are a low-income family, but we just want to help by continuing to share the love of Jesus,” Kim said.

At the end of the day, Kim said he “just wants to help people have a happier life” and he’s hoping the Vancouver community will support his fundraiser for a shower truck to help make that happen.

“Thanks in advance for your contribution to this cause that means so much to us,” he said.

“Any donation will help make an impact.”

He said the group was also looking for more volunteers to help out. You can donate to the cause on the gofundme page.