While Vancouver’s snowstorm has caused chaos for transit, it has also brought out the comedians and photographers.
Elisia Seeber Jan 16, 2020 1:01 PM

While Vancouver’s snowstorm has caused chaos for transit, it has also brought out the comedians and photographers.

Vancouverites have been out in force capturing the funny, cool, bizarre and sometimes dangerous things they’ve seen out in the ‘snowpocalypse.’

Here are some photos and videos of the things people have noticed during the last couple of snowy days:

The snow gave a cool "Comic Sans" font effect to the Vancouver School Board building sign. 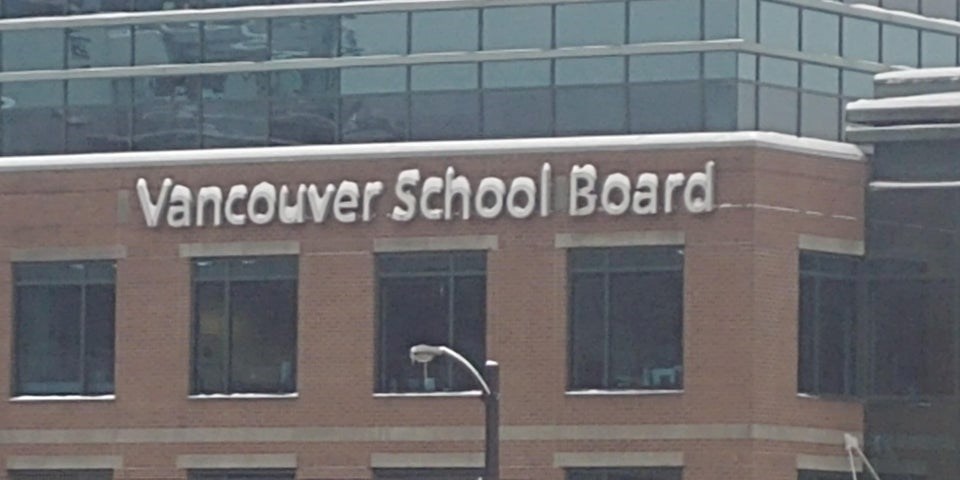 Some, ah, "artwork" was captured by this SFU traffic camera. 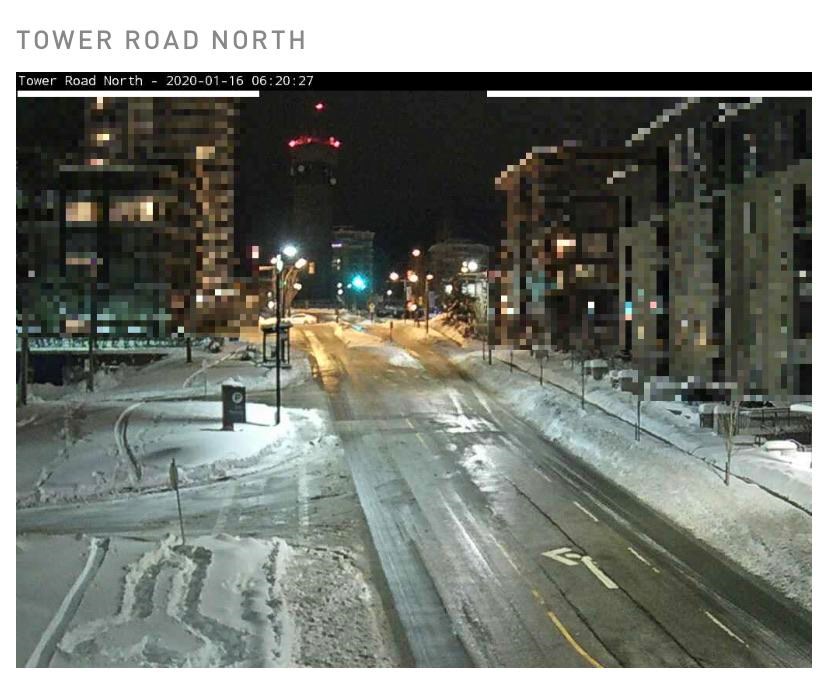 This Mariachi band member was seen making his way through the snow. 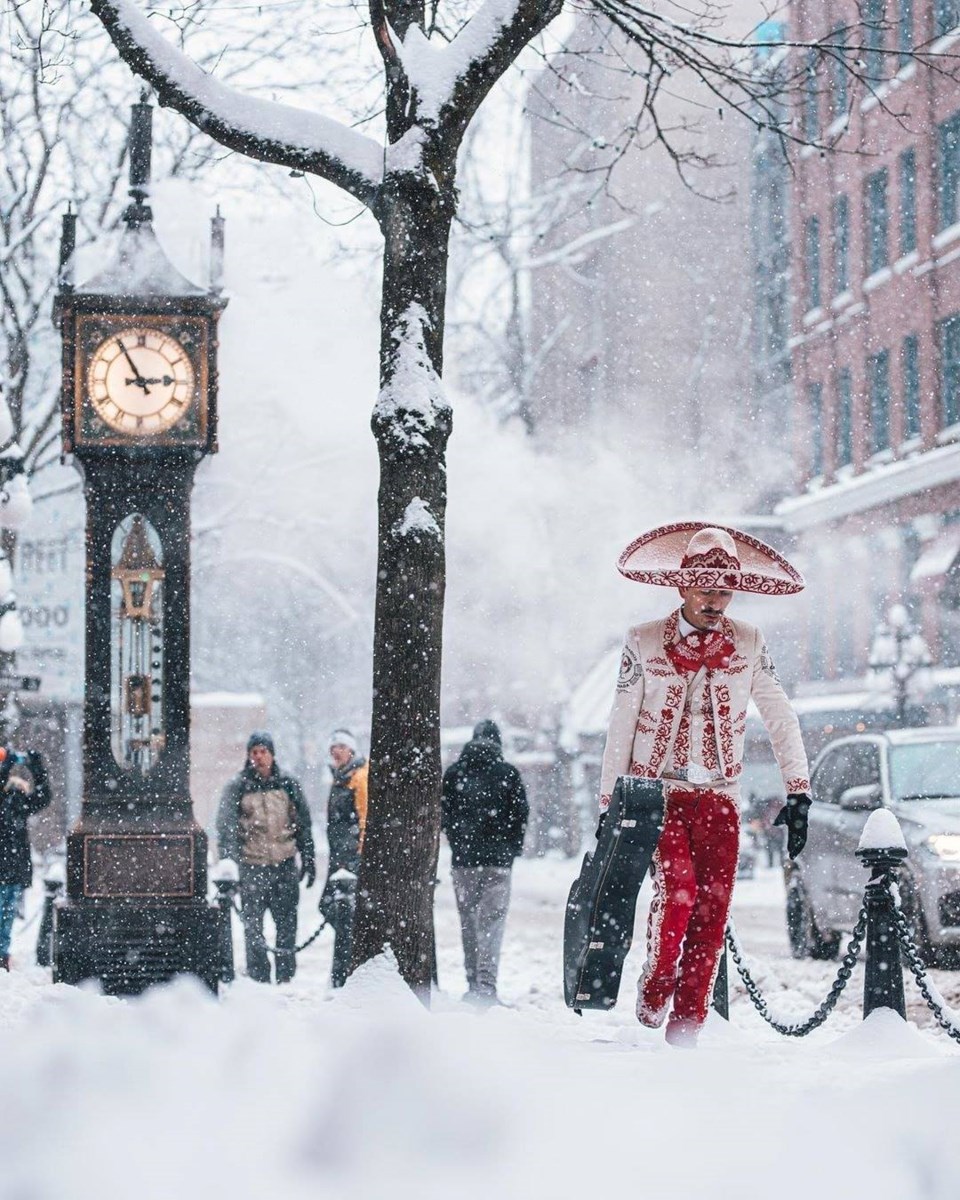 This person was caught trying to drive without wiping any snow off their car.

Snow in Vancouver just magnifies the good and bad of our city. Can you believe this?!? 🤦🏼‍♂️ #vancouversnowstorm2020 #VancouverSnow#BCStorm #Snowmageddon2020 pic.twitter.com/4PIxEXn8aS

Johnnie Foxe’s Irish Snug pub on Granville Street decided to put out a “snow warning” of their own. 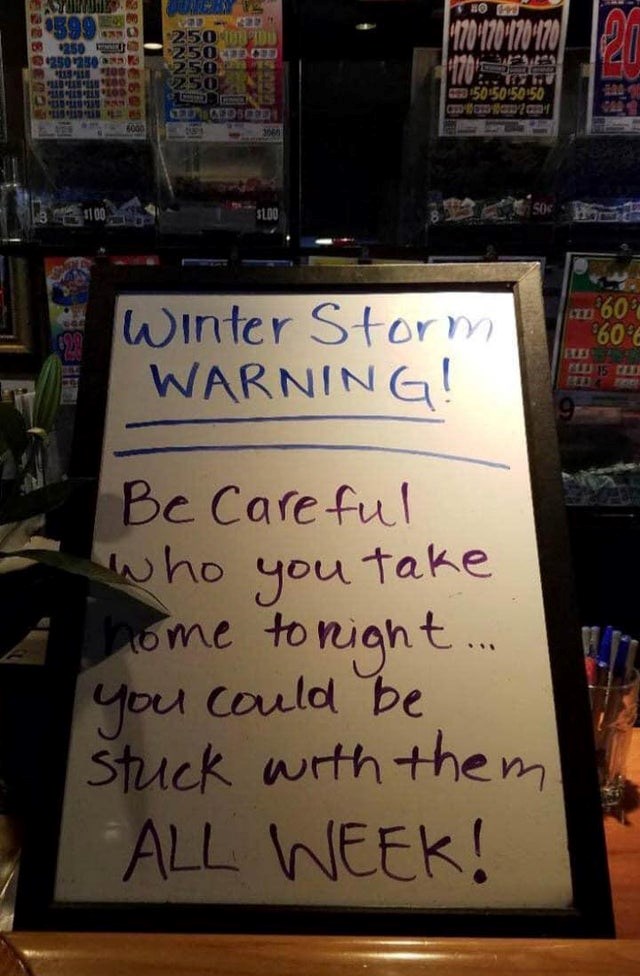 This person was spotted practicing their fire ring throwing skills in their backyard. 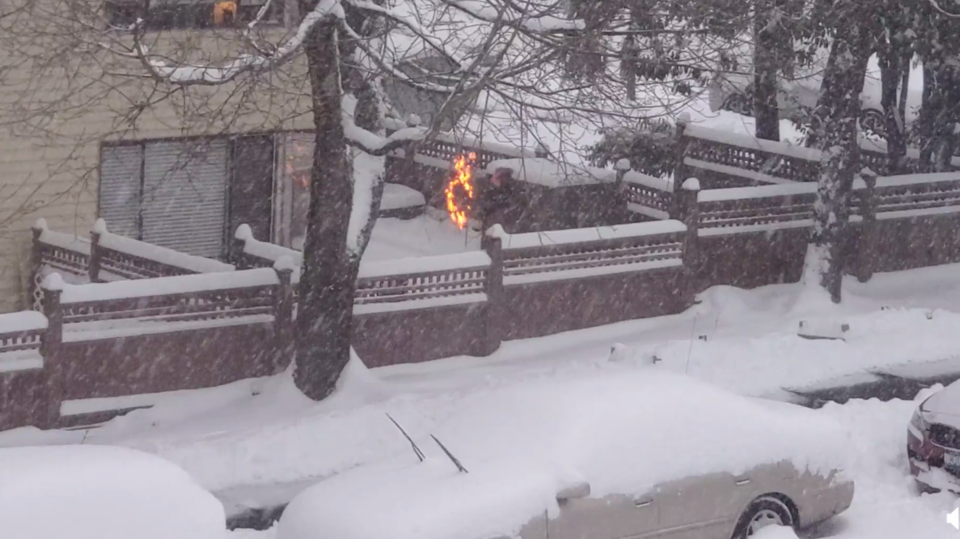 When it is all too much: Someone stopped scraping the snow off a car halfway through. 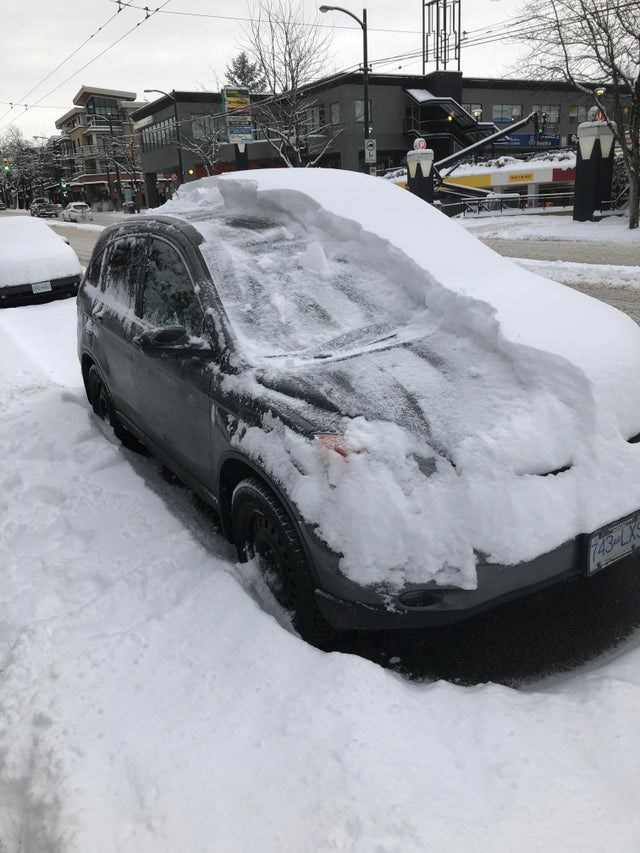 Someone found this cool ‘snow doughnut’ that was crafted by the strong winds. 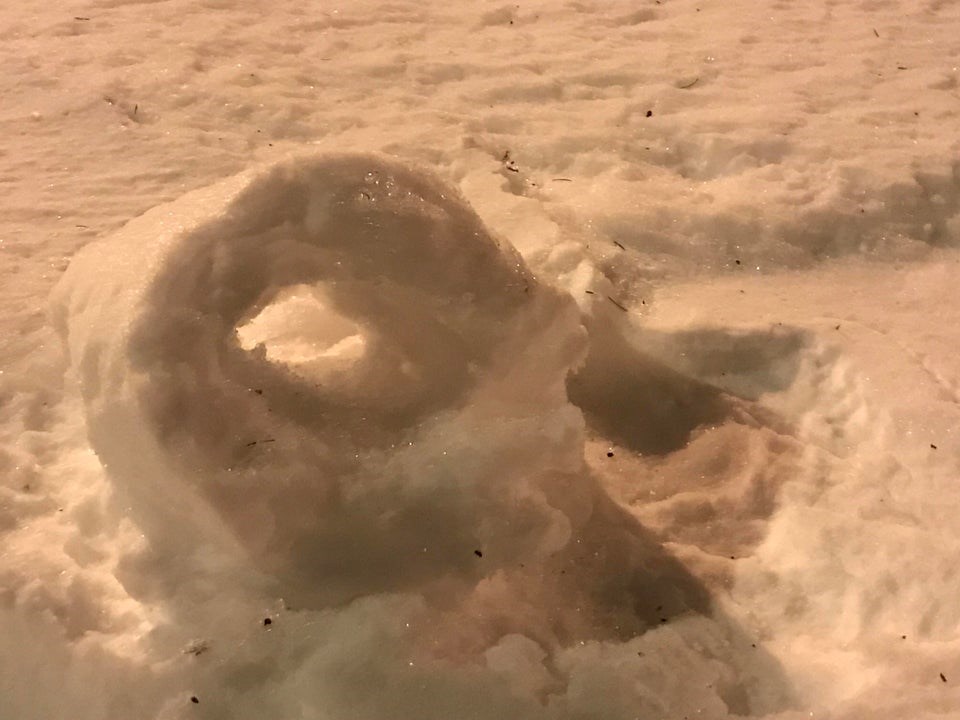 These tables on top of the Central Library Garden that look like cakes. 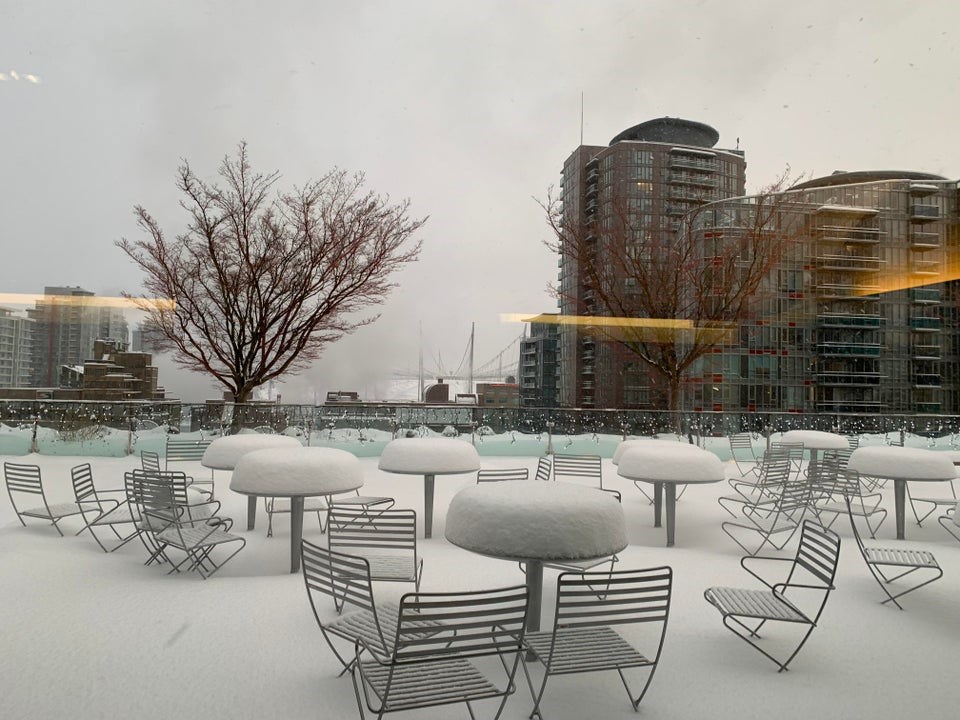 The only happy drivers in Vancouver were spotted in Kitsilano. 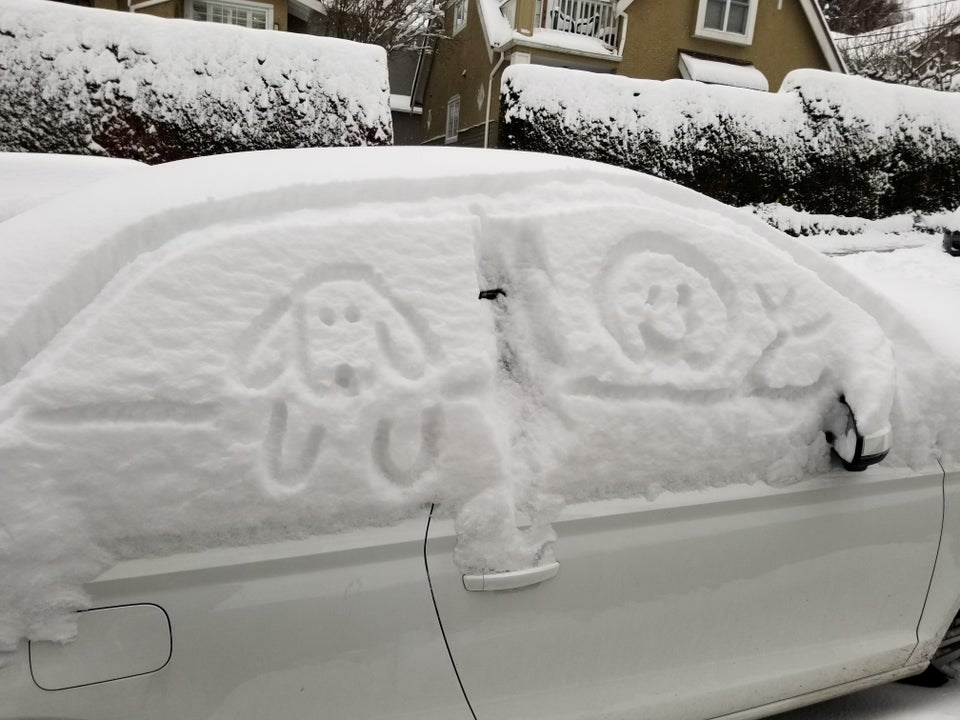 Somebody took a pink Maserati out for a spin. 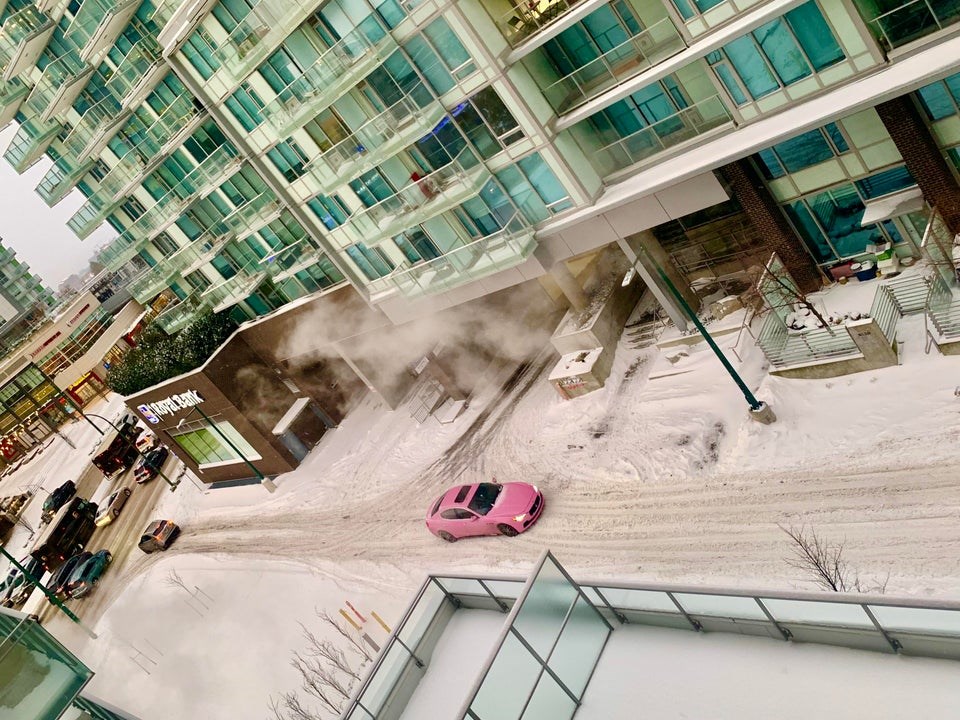 And of course, an all-year-round shorts guy working at the Vancouver Airport. 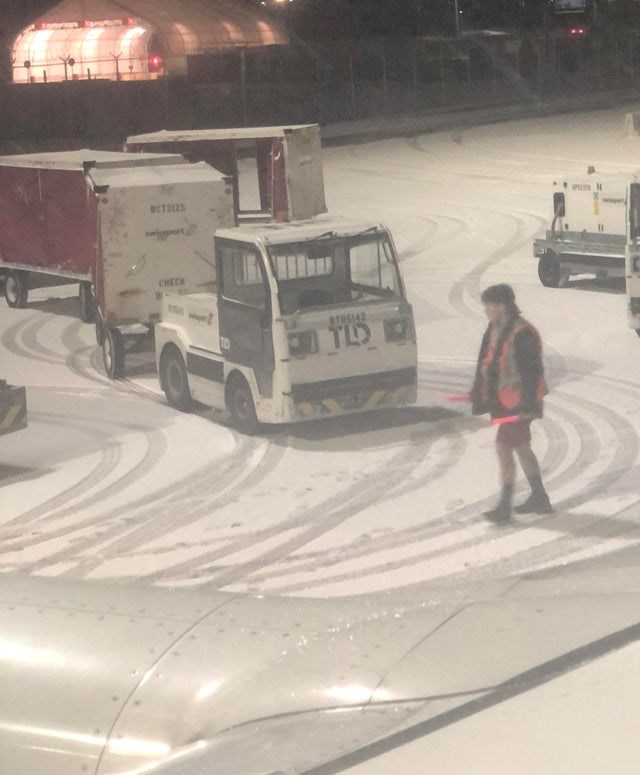