Our latest t-shirt release is dedicated to one of the most maligned yet beloved pieces of architecture in our city: the Vancouver Special! It defines an era of construction as well as the makeup of a large portion of East Van to this day.
0
Dec 17, 2018 8:24 PM By: Bob Kronbauer

Our latest t-shirt release is dedicated to one of the most maligned yet beloved pieces of architecture in our city: the Vancouver Special! It defines an era of construction as well as the makeup of a large portion of East Van to this day. 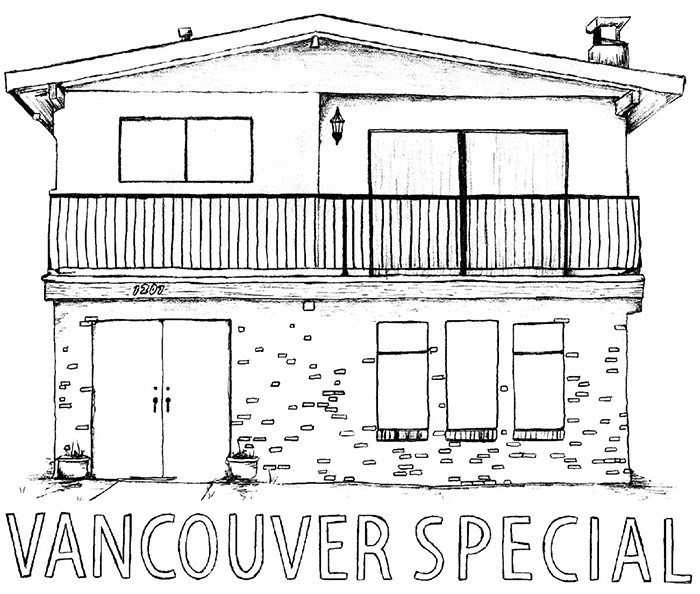 Vancouver Special design by Adrian McInness for Vancouver Is Awesome

The Vancouver Heritage Foundation does an annual tour where you're able to check out the insides of notable Specials. Here's a history lesson as provided in their promotional blurb:

The ubiquitous Vancouver Special is a fixture in our city’s landscape, predominantly an east side phenomenon. With their flat fronts, boxy shapes, and low pitched roofs, these homes are regionally unique as they were designed to optimize the use of a 33 ft. wide city lot under the RS-1 District Zoning Schedule in the 1960s and 1970s. The Specials first appeared circa 1965 and multiplied to over 10,000 (est.) examples by 1985. The original stock-plan design, probably drafted in collaboration with local builders and often adjusted to adapt to various lot sizes or client needs, maximized the floor space the City’s zoning would allow at the time and was sold in vast numbers. In the late 1970s, a house plan for a Special could be bought at a stock plan office for about $65. In those days, all the information required for a building permit (including elevations) could fit onto one sheet. Given the regularity this design was submitted at City Hall, permits were issued in no time. In the 1960s and 70s it was not unusual for a Special to be built in just a few weeks.

Vancouver Specials first appealed to European immigrants in the 1960s when affordable, modern housing was in demand. The builders of Specials had turned their attention to families who emigrated from post-war Europe to improve the quality of their lives and were now in a position to afford inexpensive new housing on cheaper lots. The house design suited immigrant needs. They could use the first floor for extended family members or rent it out to help pay the mortgage. Initially, Vancouver Specials were constructed by small builders for European immigrant families. As the Special spread, immigrant patterns changed. In the 1970s Asia was becoming the predominant source of immigration, and it was this group that was increasingly building and buying Specials. In 1968, 44 percent of international immigrants to British Columbia came from Europe and 22 percent came from Asia. But by 1988, 66 percent came from Asia and only 17 percent from Europe. As a result, many Vancouver Specials in the 1970s were being built and bought by East Indian and Chinese immigrants. During the heyday of their construction, Vancouver Specials were criticized as monotonous, flat-fronted boxes that were seen to take over neighbourhoods in an intimidating manner. On the other hand, they were obviously immensely popular as the basic design was continuously and steadily repeated in Vancouver for about 20 years. Today, the Special is still the most common house design in Vancouver and despite its controversial reputation many families are specifically choosing them for their practical construction and layout, and for their straightforward potential to be personalized and updated.

This t-shirt was designed for us by Adrian McInness (now of Strathcona Brewing) way back in 2008.

It's only available for purchase directly off of us HERE. 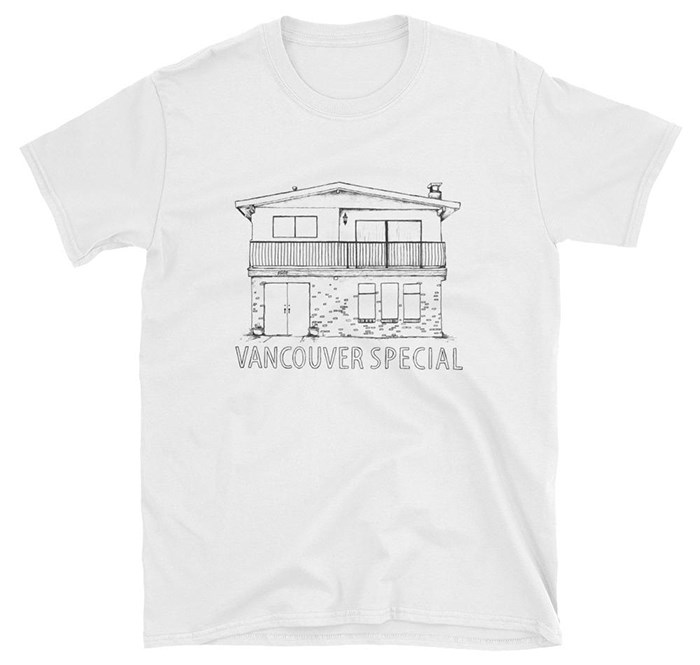