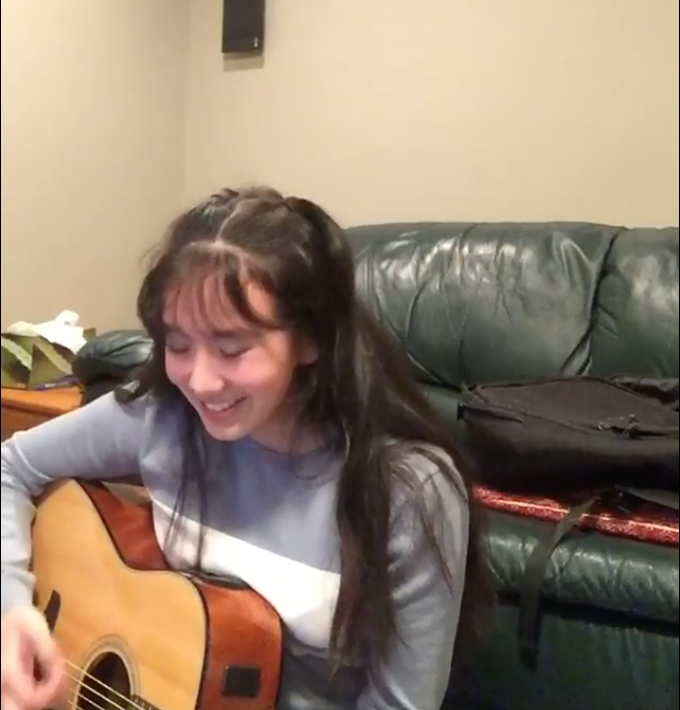 Like most Grade 12 students across the continent, Deon Feng and their classmates at Gleneagle Secondary School are currently wrestling with the fact that their last year of high school isn’t exactly playing out as they’d planned.

So, when B.C.’s spring break came to an end several weeks ago and it became clear that physical distancing measures may last a little longer than most expected, Feng and four friends - Jay Hamidova, Sam Loiselle, Melissa Bouwmeester and Lucas Hung - took it upon themselves to provide some comforting entertainment for their classmates.

“Because our high school, Gleneagle Secondary, already has a lot of musicians, we felt it was a good idea to kind of copy what a lot of big organizations are doing - like Global Citizen - live-streaming concerts from home,” Feng said.

So, the group took to Instagram, inviting their fellow students to broadcast performances through their recently-launched account, @_viralcause_. It’s since become a hit with both Gleneagle students and the wider community. “Lucas actually emailed every single student in the school about our cause,” Feng said with a laugh.

However, the group’s desire to entertain quickly transformed into a desire to use their talents, and their new platform, to help.

“We kind of thought about (how) we can also use our platform to raise more awareness about the serious difficulties that a lot of vulnerable communities are having, and the first one that came to mind was the Downtown Eastside,” Feng explained.

The students contacted the DTES Response, an initiative set up to help support COVID-19 response efforts and help prevent the spread of the virus within the neighbourhood.

DTES Response set the students up with their own fundraising page. Despite initially setting a goal of $500, the Viral Cause founders have nearly doubled that, raising $910 to date. All donations to the DTES Response are received by the Network of Inner City Community Services Society, before being funnelled to support groups working on the frontlines and the resources they require during the ongoing pandemic, like food, hygiene products, cleaning supplies, and more.

“We're really surprised by how many (of our) teachers were willing to donate, and really big numbers, too,” said Feng, adding that the group reached out to a couple local city councillors for their support, as well. “We were just really genuinely surprised and so, like, thankful for the good that is still in the community, despite what's going on.”

Throwback to our previous concert with Jian! Follow her @jiancamillemusic and stay tuned for highlights from Ben's concert and more coming up! (Sorry for the time lag 😅) . . . #quarantinemusic #togetherathome #stayhome #quarantineconcert #togetherathomeconcerts #viralcause

Feng also credits part of the group’s success to skills the classmates’ learned while studying in a leadership class this year.

“It's an independent course, so I think a lot of us already had the foundation to be able to organize something like this, and we were all really committed, and we have the skills available to us to do this kind of thing,” they said.

The group holds weekly Zoom meetings to keep each other updated on Viral Cause’s progress, as well - fulfilling their secondary goal of creating an opportunity for themselves and their classmates to reconnect with each other, while in-person classes remain suspended.

“It's really cool when we're live streaming you can see on the side chat like those students talking to the teachers, who are also watching,” Feng said.

“Music is really, really helpful in uniting people together … We've gotten a lot of messages from people about how much this just brightens up their day, and for me, just watching people being so happy in the live-stream chat makes me really happy, too. Music is just good.”

Next up, the students plan to expand their platform to include commissions for student artists, Feng added, as well as expand their fundraising efforts to benefit A Better Life Foundation, which works to feed many members of Vancouver’s most vulnerable communities.