Today is the 42nd ‘ Earth Day ’, which is being marked in and around Vancouver in many ways. Though I haven’t found any evidence yet that the first Earth Day, in 1970, was celebrated or marked in any way in Vancouver, B.C.
Rhiannon Coppin Apr 22, 2011 4:48 PM

Today is the 42nd ‘Earth Day’, which is being marked in and around Vancouver in many ways. Though I haven’t found any evidence yet that the first Earth Day, in 1970, was celebrated or marked in any way in Vancouver, B.C., it did grow out of our shared Cascadian culture. 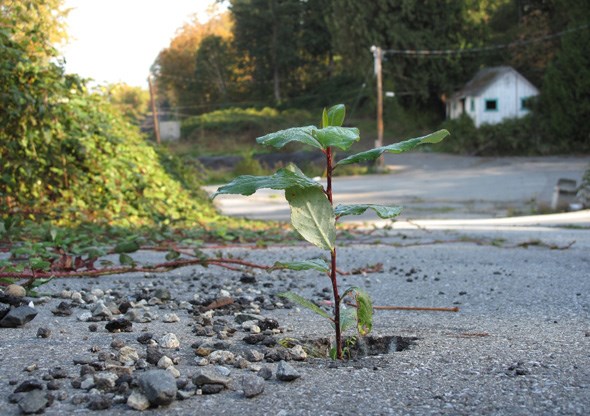 And while it’s also worth discussing how one of the world’s most famous environmental organizations (Greenpeace) came out of a West Side basement also in 1970 -- and we’ll get to that in a minute -- there’s also a very real ‘Earth Day’ event happening today out in Delta that intersects with a much older history.

Residents of the old townsites of Annieville and Sunbury are rallying with Vancouver-based environmentalists, archaeologists, and historians near Gunderson Slough, along the route that has been designated as the South Fraser Perimeter Road.

Though the coolest history is at the moment gently buried — the oldest known midden in B.C., which dates back 7,000 years or more, is at the Glenrose Cannery site — one can still find some decaying remnants of the more recent fishing past above ground, along the riverfront. 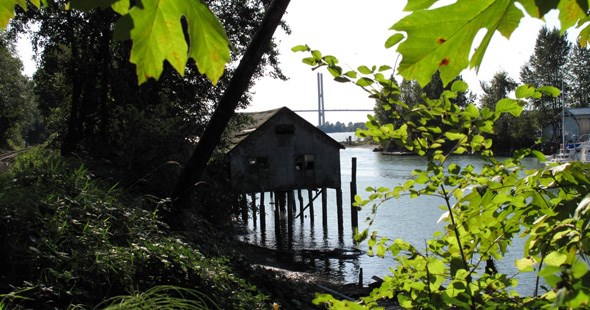 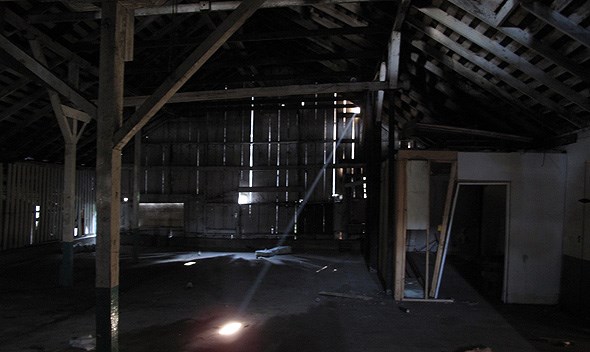 And while ‘Earth Day’ has been watered down some years with consumer-focused events, today’s ‘no-freeway’ protest in Delta really seems to echo the roots of Earth Day in the Pacific Northwest.

Denis Allen Hayes, Earth Day’s first national co-ordinator, grew up in the pulp town of Camas, Washington, surrounded by the same type of natural rock-river-tree beauty we have in and around Vancouver. That natural beauty was his inspiration; the loss of it, his lament.

Hayes went East, to Harvard, and though some histories say that Earth Day ‘launched’ in 1970 in New York City and Philadelphia, our sibling towns in Washington State and Oregon pulled plenty of stunts that first year: Girl scouts sang songs at the Hanford reactor workers; women walked around Longview wearing respirators; college students executed a 1955 station wagon in Seattle; and typists at Reed College in Portland took dictation to produce letters to send to polluters.

And while it’s likely that something happened here (leave a comment below if you have a source, or are one!), it is perhaps more notable that 1970 was also the year that Vancouver’s most famous contribution to the environmental movement emerged: Greenpeace.

The ‘creation myth’  of the organization known for bold banner-hanging stunts and high-seas intercepts of whaling vessels has gotten a little fuzzy, but author Rex Weyler is my nomination for definitive expert on the matter.

In his 2004 book “Greenpeace: how a group of journalists, ecologists and visionaries changed the world,“ Weyler lays out the genesis of Greenpeace’s first action, which was to boat to a remote Alaskan island to protest and try to halt the U.S. government’s continued nuclear detonation tests.

It came out of the mouth of a Sierra Club member on Feb. 8, 1970, when prodded by a reported to name something the environmental group might be planning. Jim Bohlen, taking a comment his wife Marie had made over coffee a few minutes earlier, said they would sail up to Amchitka and “confront the bomb.” (See a short reprint of that story here, from the Windsor Star.)

The rest of the Sierra Club didn’t like being unilaterally committed to that action in the press, and a subcommittee called “Don’t Make a Wave,” which has formed a few years earlier somewhere in East Van.

“What happened next would be later disputed in people’s memories and clouded by myth,” Weyler wrote, “but over the next week a plan to sail a boat to Amchitka Island was adopted by the Don’t Make a Wave Committee and the boat was given a name, although no such boat had been committed to the cause.”

The name of the boat came from an offhand comment a quiet man named Bill Darnell made at the tail end of a committee meeting held in the Fireside Room of the Vancouver Unitarian Church on Oak Street. When one member (Irving Stowe) flashed the ‘peace’ finger sign and said ‘Peace’ as he left, Darnell replied: “Make it a green peace.”

Money to buy The Green Peace came largely out of a benefit concert called “Amchitka” that was held in October of 1970 at The Pacific Coliseum.

Joni Mitchell headlined along with James Taylor and Phil Ochs. Terry David Mulligan, then a radio DJ, was the MC. The evening netted $17,164 for the boat and the trip to Amchitka. A downloadable release of that concert has since been issued, if you’re interested in hearing it.

Many of the planning meetings for the concert and for Greenpeace itself took place that year in the Stowe home, a ‘Vancouver Special’ at 2775 Courtenay Street in West Point Grey.

The home was in the news in the Globe and Mail in March when it went on the market for $1.688 million. (The house has since apparently been sold.)

“For a few years, the group’s original headquarters were based on the ground floor of the family home,” journalist Tim Hawthorne wrote for The Globe.

The owners, Dorothy and Irving Stowe, held countless meetings in their living room. This was where the city’s anti-establishment gathered — rebels and hippies, Quakers and Buddhists, draft dodgers and peace mongers, radical journalists and rainbow warriors. They came to save the planet, as well as to sample Dorothy’s cooking. Tea and cookies were served at Greenpeace meetings, while joints were passed around on the deck.

Greenpeace would later get an office at 2009 W. 4th Ave. in Kitsilano, adjacent to SPEC (Society Promoting Environmental Conservation), which is housed today on Maple Street near 4th Avenue.

My reflection for today? Sometimes it is only through the lens of history that our seemingly insignificant day-to-day actions — sharing tea, cookies, holding a concert, or just taking part in Earth Day — can take on a larger and long-lasting significance.