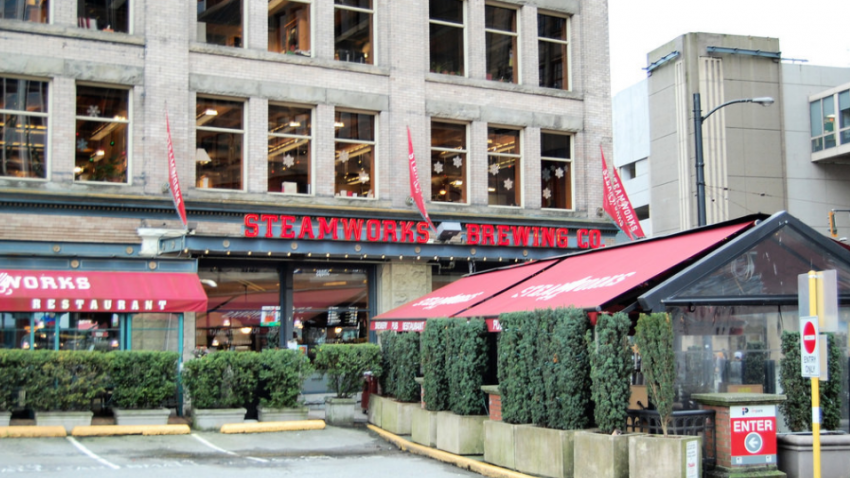 The Landing was bought from Greg Kerfoot, owner of the Whitecaps FC, who had once proposed a soccer stadium on the site.

The eight-storey property at 375 Water Street, just east of the Waterfront SkyTrain station and at the northern foot of Richards Street, will be funded by the sale of 50 per cent of two properties in Allied’s Montreal portfolio.

The sale price was not released. The sale is set to close in June of 2020. According to Allied information, the purchase is an all-cash deal.

The building contains 148,355 square feet of office space, 27,115 square feet of ground-level retail and 53 underground vehicle parking stalls. The property was extensively renovated in 1987 into modern office and retail space. The anchor retail tenant is the Steamworks Brewing Company.

The weighted average lease term at the property is 3.3 years, which should enable Allied to propel rent growth over the next five years, according to a company statement.

Allied Properties REIT is expanding its portfolio of buildings in Vancouver. With the Landing, it will own 12 properties with just over 643,000 square feet of gross leasable area. Upon completion of the nearly fully leased 400 West Georgia in early 2021, this will increase to 820,000 square feet of leasable space in the city.