Each video is framed around the simple question “what are you listening to?”
Jun 1, 2021 2:44 PM By: Cameron Thomson 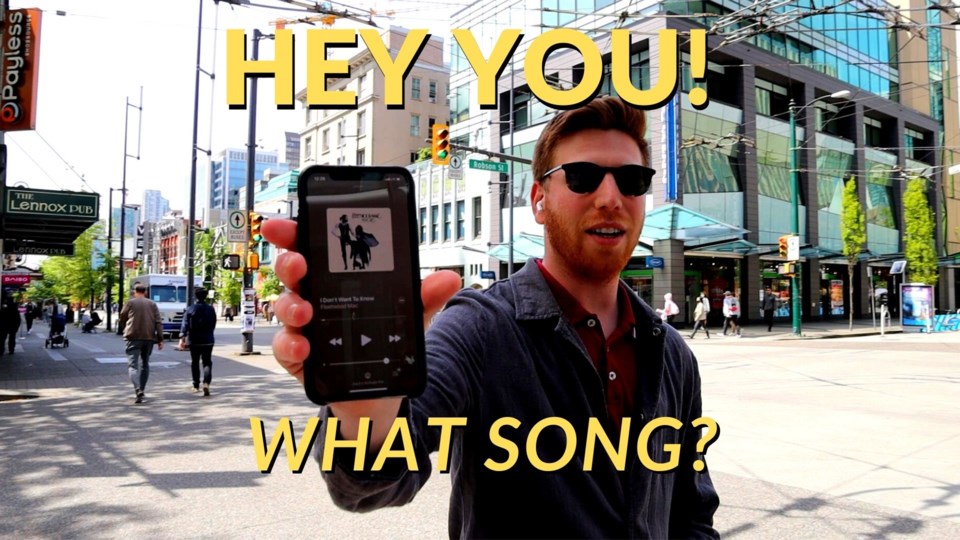 Stefan Crnogorac’s YouTube channel has seen a boom of viewership ever since posting two videos asking Vancouverites to share their music tastes.Stefan Crnogorac

A Vancouver YouTuber is experiencing a boom in viewership after asking the city’s music lovers one simple question: “what song are you listening to?”

Stefan Crnogorac created his YouTube channel about sixth months ago but his early videos weren’t getting much watch time. Things changed though when, due to a quirk of YouTube’s mysterious algorithm, he came across a decade-old video of a creator in New York asking people on the street what music they were listening to. Knowing the diverse cast of characters Vancouver has to offer, Crnogorac decided to borrow the concept for himself -- with astounding results.

"I went from like 120 subscribers to just about 3,000 in just the last couple weeks," Crnogorac said attributing the success to the now two videos using the idea.

Trained in New York for acting, Crnogorac came back to Vancouver just in time for the coronavirus (COVID-19) pandemic to strike. As a result, he was not able to find work in acting and resorted to working in construction and carpentry, a job he says allowed him to buy more equipment for YouTube. Recently laid off from his construction job though, Crnogorac hopes to make YouTube a full-time job.

Both videos in the “What song are you listening to?” series are around six minutes long, a video length not easy to achieve Crnogorac says.

"It took me about seven hours walking around to get that six minutes of video," he said adding that one in about every three people answers the question.

Both videos follow the same rapid-fire format, Crnogorac asks a passerby what they are listening to, they tell him and the song almost immediately starts playing. As the music plays the camera follows them walking away for a few seconds, offering what Crnogorac says is a unique view into what that person is like.

“It's like the music is almost a lens into how they see the world,” he said. "That's what I thought is so interesting about staying on them afterwards is that you get to see kind of the vibe or the soundtrack to their life."

One thing Crnogorac and his viewers have found is that outward appearances often have no bearing on what music someone will be jamming out to that day. For example, Crnogorac recalls asking a man wearing traditional Scottish attire -- kilt and everything -- what they were listening to. Scotland the Brave perhaps? The flying fingers of the Simon Fraser University Pipe Band? Nope, try Stevie Wonder.

When asked why he thinks the music-related videos have done better than most others on his channel, Crnogorac says it’s a combination of format and the purity of the idea itself.

“For these two videos it’s such a fun idea because everyone likes music, that's universal," he said. "You're combining something that everyone loves, something that's diverse, you're doing it in a quick way where the information is interesting."

Crnogorac has many more videos engaging with Vancouver’s public in the works including a third song-based video and a Q&A, trivia-style video.

Vancouver music teacher describes a year of education during a pandemic
Mar 31, 2021 5:12 PM