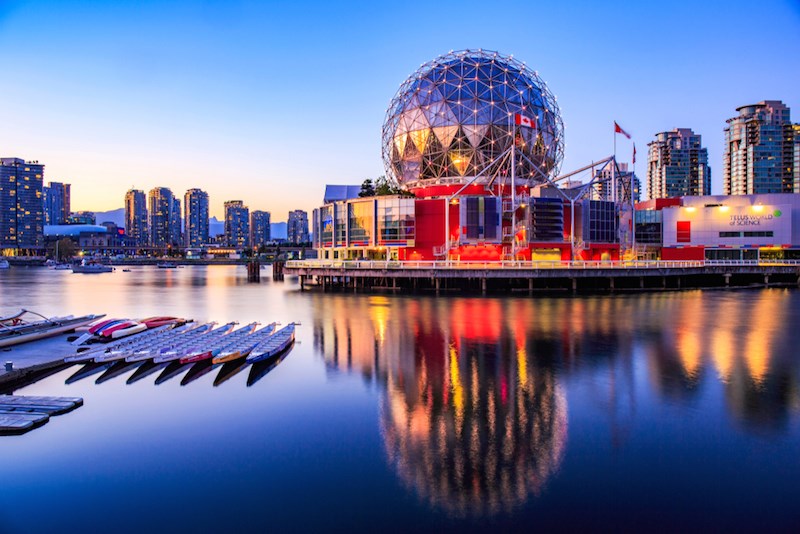 Photo: Science World in Vancouver by Stock for you / Shutterstock.com

Science World is in danger of closing, at least temporarily, unless the B.C. government comes through with financial support, the organization’s CEO Tracy Redies told BIV on September 16 in what she said was her first interview in her new job.

“There's no question that we will have to take corrective action if we don't get support from the government,” said Redies, who was MLA for Surrey-White Rock until August 31, and joined Science World on September 14.

“I think we would close temporarily. You know, right now, it's hard to say what any final outcome will be, but we can't continue to operate at a loss on a monthly basis. It's just, that’s not sustainable.”

Science World is one of many B.C. tourist attractions that are in dire straits.

The cable was cut by vandals at Squamish's Sea to Sky Gondola for the second year in a row, on September 14. When, or if, that attraction will reopen remains uncertain.

The Vancouver Aquarium announced August 31 that an 80% decline in ticket sales was prompting a “pause in public programming,” and representatives confirmed to BIV in an interview that the organization was terminating staff, not simply laying them off.

Science World is operating with a depleted workforce. Pre-pandemic staffing was 222, including a mix of full-time and part-time workers. The organization then laid off 133 part-time staff on April 6.

“There have been a few people who have been let go permanently, but it’s mostly layoffs,” she said.

Science World closed its doors March 14 to limit the potential spread of COVID-19. It reopened on August 1 but only saw a trickle of visitors. Redies estimated that her attraction received about 3,100 visits per day in August 2019. This August had about 12% of that or about 380 visitors per day.

Summer is peak season for Science World. When fall comes, much of the traffic comes from school field trips. None of those visits is likely this year and hours have been reduced to 10 a.m. through 5 p.m. Thursday through Sunday.

The vast amount of exhibit space remains in use, with only a 3,300-square-foot exhibit closed out of 74,600 square feet of space (not including the green roof).

One thing that could help save the attraction is if Vancouverites buy annual memberships, she said.

Science World, like other attractions, such as the Vancouver Art Gallery, have annual memberships that include unlimited visits, and when well used are a bargain compared with paying for many single visits.

For example, the Vancouver Art Gallery charges $24 for a single adult admission. An annual membership for that adult is $90 and includes unlimited visits plus two free single-use guest passes and other perks, such as discounts at the gallery’s store.

Science World charges $27.62 for a single adult visit, with admission plus an Omnimax film visit being $34.29. One adult membership for the year is $130, and it includes unlimited entry plus 20% off the purchase of an Omnimax film upgrade. Members also enjoy a range of other perks.

To Redies, however, Science World is more than a cultural and tourist attraction.

“STEAM-based education is needed," she said. "We need more people who are STEAM literate. We need more nerds and we have a nerds campaign that we're really pushing right now. I certainly want to underscore that because I think that's really an important piece here. We’re not just a tourist attraction that is going through tough times.”

Vancouver Aquarium to close to public indefinitely due to COVID-19 pandemic
Aug 31, 2020 10:25 AM
Comments