What started with two Vancouver barbers has grown into a global movement of barbers giving free haircuts to those who need them
Sep 21, 2020 4:18 PM By: Sarah Grochowski 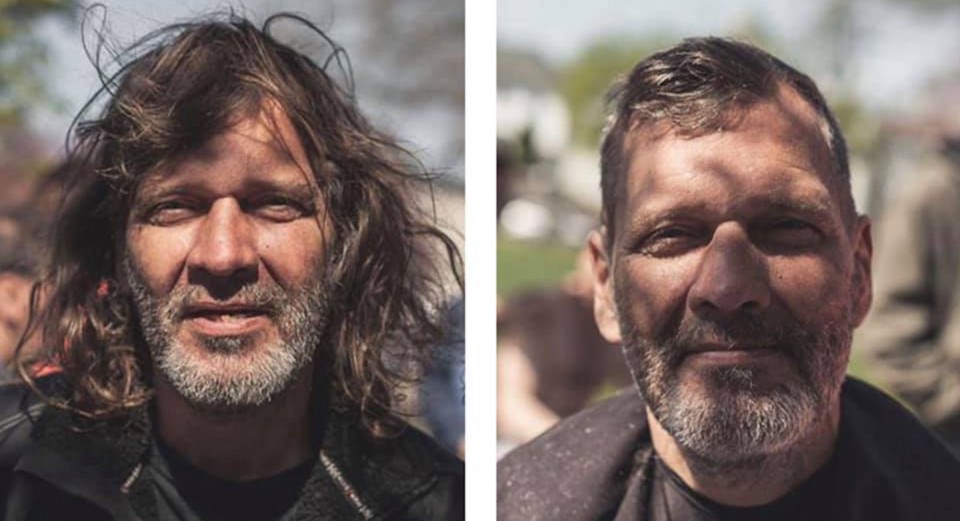 What started as two Vancouver friends – Cameron Sterling and Josh Malcolm – wanting to enact positive change in the community around them has grown into a worldwide hairdressing movement.

It was in 2015 when the barbers, now dubbed the “Street Thug Barbers” first took their clippers to Oppenheimer Park in the Downtown Eastside to give anyone who needed it, a free haircut.

One of the group’s volunteers, Shawna – whose last name has been withheld for privacy reasons – has lived in the DTES for 30 years.

“This is my community,” Shawna spoke in a newly released short documentary about the initiative, which first premiered on Youtube Monday, Sept. 21.

As a child she played in Oppenheimer Park, where the group does outreach each Sunday.

As she got older, “I was looked down on like I was the dredges of society, like I was just a little blip in the street, looking for a free ride,” Shawna recalled on-camera.

“But the compassion and love they gave to the ‘down and out’ and hopeless are what attracted me to the Street Thug Barber movement,” she explained.

Now, as a volunteer, Shawna works to provide others in the DTES with the same level of care.

For five years now, a group of three or more barbers has been giving out haircuts.

“It’s not a hand-out, its a hand up,” said Shawn about what Street Thug Barbers offer residents in the DTES, many of whom lived in tents until the Ministry of Social Development and Poverty Reduction and Mental Health and Addictions enacted an emergency relocation order April 25.

Sterling, the co-founder of Street Thug Barber, admitted he craves the sense of both “chaos” and “community” found in the DTES since he's been sober.

“I feel like I need to give back to validate what I’ve been through in my own life, or else you went through it in vain if you can’t help other people going through it,” he said.

“I’ve heard some people say the opposite of addiction is connection and I think there’s a lot of truth to that,” Sterling added.

He acknowledged that most others in society are getting a touch, talk, and conversational intimacy when they pay for a haircut.

“A lot of people in the DTES don’t get that," Sterling added.

“The haircut is about looking good, feeling good, but it is also about the touch, the talk. These people have now become family to us.”

Some great before/after shots of some of our friends and clients over the last 5 years, take a look!❤️ #huglife #streetthugbarbers #givebackvancouver #dtes #communityfirst

'I’d be lost': Homeless people fight port authority for right to remain by Vancouver Park
Jun 4, 2020 6:13 PM
Comments
We welcome your feedback and encourage you to share your thoughts. We ask that you be respectful of others and their points of view, refrain from personal attacks and stay on topic. To learn about our commenting policies and how we moderate, please read our Community Guidelines.