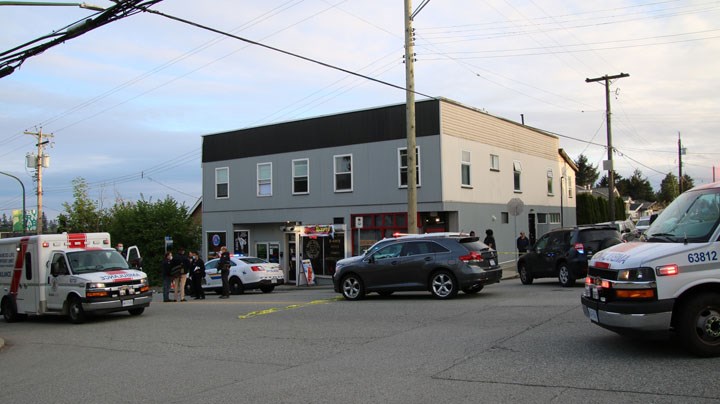 A tweet by the police says officers are on scene tonight (Saturday) for a male who was shot around 7 p.m. at 12th Avenue and Sixth Street.Ryan Stelting

Burnaby RCMP are dealing with their second shooting in less than a week – this time a homicide.

A tweet by the police says officers are on scene tonight (Saturday) for a male who was shot around 7 p.m. at 12th Avenue and Sixth Street.

The Integrated Homicide Investigation Team has now tweeted that the shooting victim has since died. A suspect is believed to have fled on foot. (See more in a tweet posted below in which you can hear shots being fired.)

“Expected a police presence in the area as we continue to investigate,” reads the tweet, which offers no additional information.

Metro Vancouver communities have seen a spate of recent shootings, including another one last Sunday in Burnaby.

RCMP investigators arrested a Burnaby man in relation to the shooting that occurred early morning on May 2 in which a woman suffered multiple gunshot wounds.

Burnaby frontline officers responded to a report of shots being fired around 4:10 a.m. in the area of Dubois Street near Joffre Avenue, east of Boundary Road and south of Imperial and Central Park in Burnaby.

Cpl. Brett Cunningham said that the woman is 25 years old and from Surrey and knew the suspect who was arrested, a 43-year-old Burnaby man.

Anyone with information about either incident can contact the Burnaby RCMP non-emergency line at 604-646-9999 or if you would rather stay anonymous you can submit your information to Crime Stoppers at 1-800-222-8477 or go to www.solvecrime.ca.