While there are countless takes on what exactly constitutes Vancouver hipster attire, a recent comic of the trend shows how one look may have evolved.
Dec 9, 2019 12:20 PM By: Elana Shepert 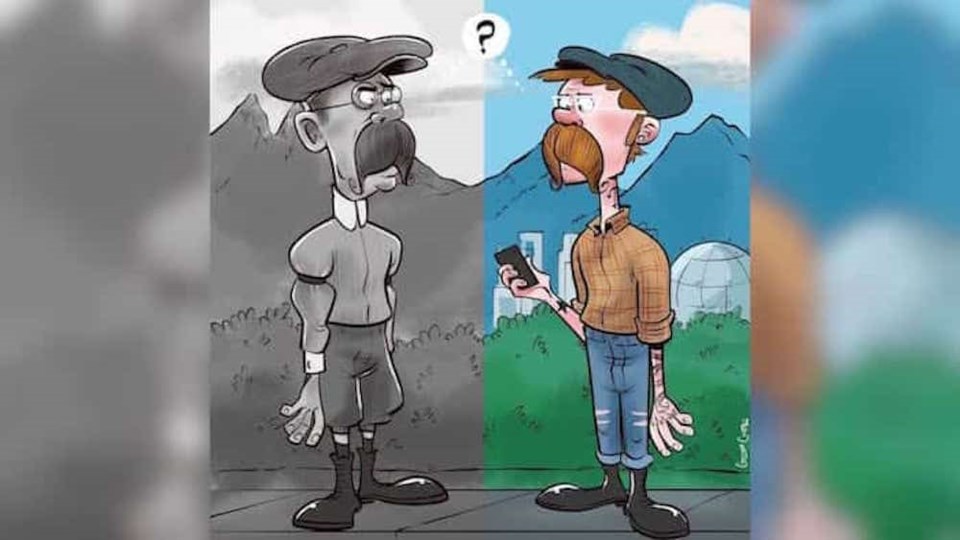 While there are countless takes on what exactly constitutes hipster attire, a recent depiction of the trend shows how one look may have evolved.

Local video game art director and illustrator Geoff Coates has created a Vancouver hipster comic that depicts where he believes locals are drawing inspiration for the trend.

In the following image, the ‘hipster’ is seen in exactly the same hat and boots with similar glasses. He’s also rocking a very voluptuous moustache and a collared, plaid shirt. However, he’s wearing jeans instead of poofy pants, and he has numerous tattoos.

The caption reads that, “Vancouver, then & now. Just waiting for tweed knickers to make a comeback.”

In response to the caption, numerous people stated that tweed knickers have already made a comeback. Spazlagger even commented, “Those look comfy modernize them to appeal to the younger gen and then the skin tights will finally be gone.”

Last week, Vancouver Is Awesome spoke to the artist about the concept behind an image he created to depict the infamous Vancouver ‘wet-cold’ sentiment.

After Coates’ image was posted on Reddit Vancouver, it created an intense discussion about temperatures across the country, as well as what constitutes truly frigid weather.

Coates also shared another image of a hipster smoking a cigarette, rocking a beanie and looking like decidedly ‘too cool to care.’

You can view more of Coates’ work on Instagram here.