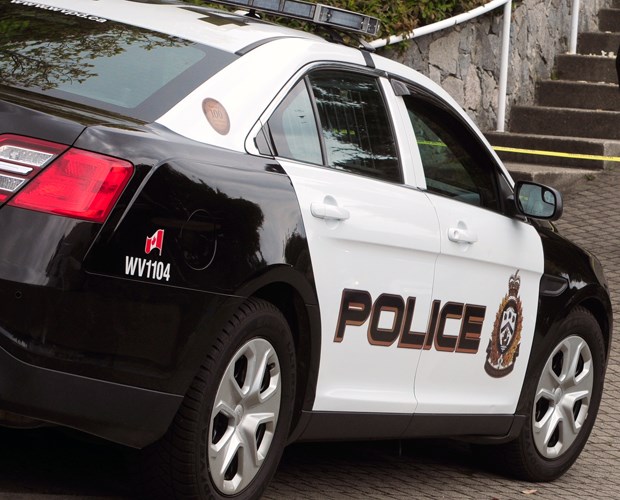 West Vancouver police are seeking the public's help in locating the suspect in a smash and grab at Park Royal, Tuesday, June 15, 2021. The suspect may require stitches on his hand.Mike Wakefield, North Shore News files

West Vancouver police are looking for the suspect in a smash-and-grab at Park Royal on Tuesday morning (June 15), who injured himself in the process.

According to Const. Kevin Goodmurphy, West Vancouver Police Department spokesman, the man in his 30s came into the Atmosphere store around 11:25 a.m.

“He took a hammer and smashed the display case, grabbed a canister of bear spray, and fled the store,” Goodmurphy said.

In the process, the suspect suffered a nasty cut.

“There was a lot of blood left behind,” he said.

Officers fanned out in the area. They spotted the suspect getting away on a bicycle a couple of times before he disappeared into trails near Capilano Road and Marine Drive.

To help in the investigation, West Van police brought in their forensic identification team to lift evidence from inside the store.

The mall has plenty of surveillance footage that shows the suspect, Goodmurphy said.

“We’re trying to determine exactly who he is and where we may locate him,” he added. “Anybody who has information that we want to know about, by all means, please give us a call.”

It’s very likely the suspect needs medical attention for the gash on his hand.

The case is concerning in that bear spray is often used as a concealed weapon in the commission of another offence, Goodmurphy noted.

Anyone with information about the incident is asked to contact WVPD at 604-925-7300.