For a quarter century, Brian Latta has sold local fruits and veggies from the side of the road, four months a year. Let’s agree: some of the greatest treats that summer has to offer are in-season local fruits and vegetables.
0
Jun 12, 2018 9:29 AM By: Grant Lawrence 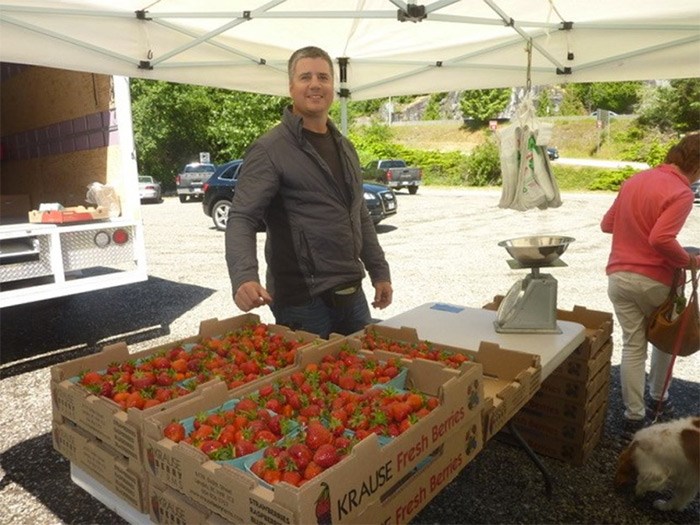 For a quarter century, Brian Latta has sold local fruits and veggies from the side of the road, four months a year.

Let’s agree: some of the greatest treats that summer has to offer are in-season local fruits and vegetables. Few know this better than Brian Latta. This year, the local produce vendor is celebrating 25 straight seasons of selling the freshest of summer flavours at his outdoor stand in West Vancouver. The man is a North Shore legend.

When you pull into Brian’s Fruit Stand — currently open seven days a week until September, located just off Highway 1 in the Park and Ride at the Westmount exit in West Vancouver — the first thing you’ll notice is Latta’s charming, million dollar smile.

If you’re a regular, he’ll greet you by name, usually followed by some sort of compliment or question about your life. It’s this kind of personal, conversational touch customers seem to love almost as much as his outrageously delicious strawberries. Many have been shopping at Latta’s fruit stand for his full 25-year run, my family included (full disclosure: I’ve known Latta since high school).

“I never thought it would last as long as it has,” reflects Latta. “I thought this would be a summer job to get me through Cap College.”

Back in the early 1990s, Latta was helping out a couple of friends selling berries out of a pickup truck. The friends moved away and Latta simply picked up what they had left behind.

“The first thing I did,” remembers Latta, “was to seek out different farmers from around the Fraser Valley to see what else I could sell besides berries. I realized I could carry a much wider variety of local produce and stay open much longer throughout the summer season.”

The stand is the perfect stop if you’re headed for the Horseshoe Bay ferries or Whistler for a summer retreat.

Depending on when you pop by, Brian’s Fruit Stand offers strawberries, blueberries, raspberries, plums, corn on the cob, tomatoes, cucumbers, apricots, cherries, peaches and much more. It could be argued that Latta was way ahead of his time with regards to the now-omnipresent local food movement, having offered sustainable produce grown in our backyard for decades. But how did a summer college job turn into a lifelong career?

Latta doesn’t hesitate: “I love this job. It’s very rewarding. I source healthy food from B.C. growers and my customers really appreciate the quality of farm fresh fruits and veggies. The relationships I’ve built over the years are very fulfilling — from the growers to the customers — but ultimately it’s my customers’ enthusiasm that has kept me in the game for so long.” 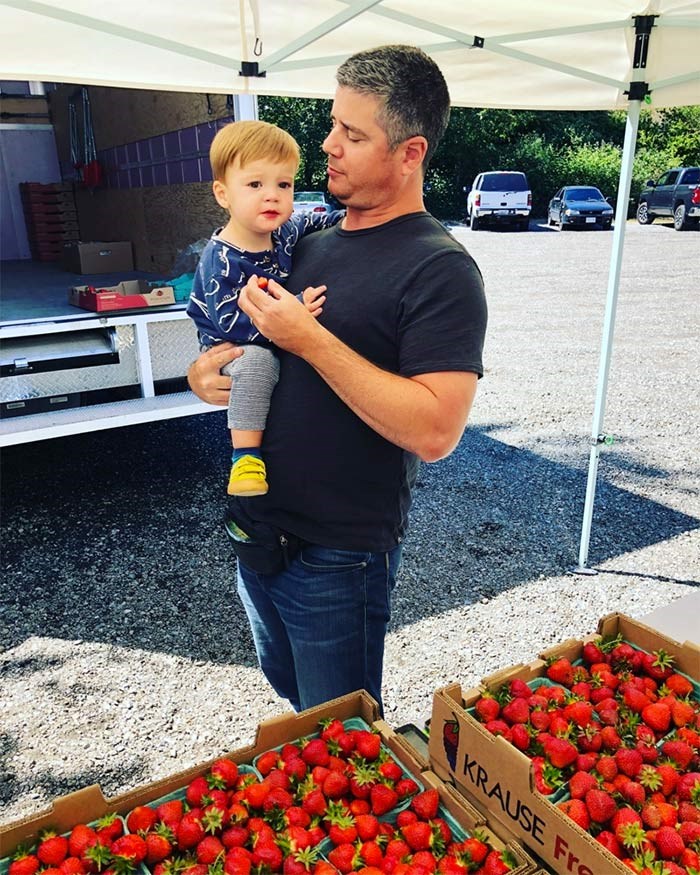 One of the great upsides of the job is that it’s a four-month gig that financially sustains Latta year round. Think about that for a second. The only consistent downside (besides working while everyone else is on vacation) is the daily commute. Latta, or his long-time trusted right hand man John Silver, must do the drive every morning to the Fraser Valley to bring in the freshest produce possible.

“Yeah, it’s becoming more of a challenge every year due to the increase in vehicles on the road,” says Latta, who leaves for the valley at the crack of dawn and gets back to the North Shore to open up the stand each day by about 11 a.m. It stays open until about 6 p.m. or when he sells out.

“The customers make the long days worth it. “People are so appreciative of this simple little business. It’s always fun and lively.”

The fruit stand also acts as a kind of social hub/confession booth of sorts — everyone tells Latta and Silver their stories, which means these guys often know more about the community’s comings and goings than the North Shore News.

And since he’s set up in West Van, his customer base has always included a dazzling array of celebrity shoppers. “You never know who’s going to show up,” Latta laughs. Famous hockey players, actors and musicians have all been regulars over the years.

“I’ll always remember Pat Quinn,” says Latta of the former Vancouver Canucks’ player, head coach, president and GM who died in 2014. “Pat had a great smile and a really warm, engaging presence. He was a keen fisherman and knew I was too, so besides hockey, we’d always talk fishing.”

Over the years, Latta has seen the ups and downs of daily life from his view behind the berry boxes. Like Quinn, other older customers and even some of Latta’s closest family members have passed away. There have been some dark times. But summer returns. Latta met his wife, international marketing maven Jessica O’Callaghan, at the fruit stand. They now have a two-year-old boy. He was in his dad’s arms to celebrate opening day of the 25th anniversary of what has become one of the North Shore’s best — and healthiest — summer traditions.