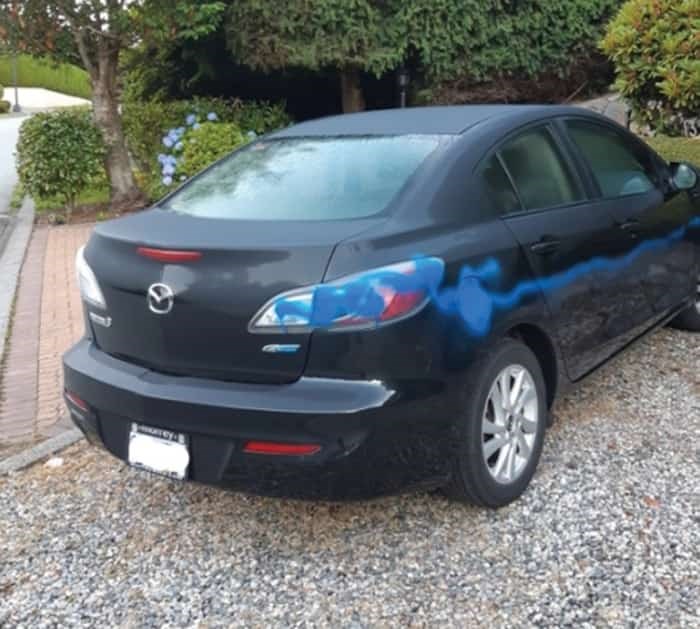 West Vancouver police are investigating a possible hate crime after racist graffiti was strewn over two cars, lampposts and mailboxes in a British Properties neighbourhood earlier this week.

Using red and blue spray paint, a vandal wrote hateful words and left a trail of obscenity between Chippendale Road and Camwell Drive with stops at Westhill Drive and Camridge Road in the area west of Sentinel Secondary.

Surveillance footage recorded during the approximately 12-hour window could be “extremely helpful” to police, Goodmurphy said, adding that officers will be canvassing the area. If a neighbour spotted red or blue paint on someone’s hands, “We’d like to hear about that as well,” Goodmurphy added.

Citing the “sensitive nature” of the words used, Goodmurphy did not specify what was written.

“We don’t want to perpetuate the impact on anybody else by repeating the language,” he said.

West Vancouver police have contacted the B.C. Hate Crimes Team. There is no indication the graffiti is part of a trend, Goodmurhpy said.