Police were called out to another loud party where those attending showed 'blatant disregard' for COVID-19 rules
Sep 24, 2020 5:20 PM By: Jane Seyd 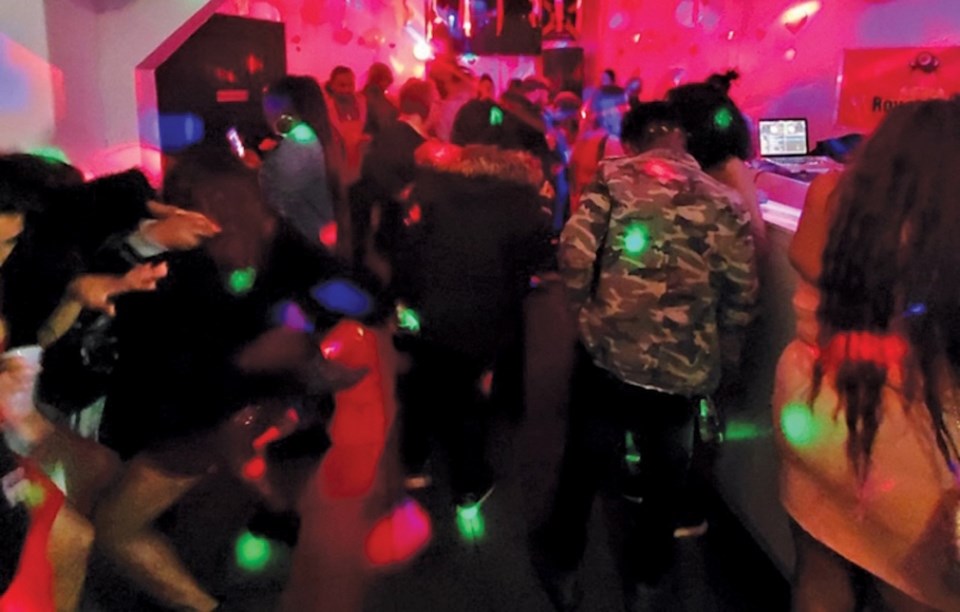 West Vancouver Police were called to a loud house party on Eagleridge Place Sept. 19. Over 50 people were in attendance and not obeying any COVID-19 safety rules, said police. file image Facebook

Some young adults in West Vancouver have continued to party hearty, despite orders from the provincial health officer limiting gatherings to fewer than 50 people.

West Vancouver Police recently showed up with a $2,300 fine for a host after crashing a loud house party with over 50 people in attendance.

Const. Kevin Goodmurphy said police were called out at around 1 a.m. Sept. 19 after neighbours complained about a loud party in the 6100 block of Eagleridge Place.

The officer who attended was able to quickly see from the street that the number of people inside the home was over 50, that they appeared to be standing shoulder to shoulder and observing none of the COVID-19 safety protocols, said Goodmurphy.

For instance, there was no record of attendees and no hand sanitizer available inside as required, said Goodmurphy, who described the party as a case of “blatant disregard for the rules.”

Most of those attending the party were in their early 20s, said Goodmurphy. A relative of the host apparently owned the home where the party took place, he added.

Officers broke up the party and issued the $2,300 fine to the host under the COVID-19 Related Measures Act.

The latest party crashed by police comes just two weeks after police busted a gathering of between 200 and 300 young adults at a rented mansion in the British Properties Aug. 28. The promoter of that party – who had been advertising the event on social media - received a fine of $230, while the owner of the mansion was fined $550 for violating bylaws against short-term rentals.

Goodmurphy said it’s surprising that large parties keep happening, given the recent increase in COVID-19 case numbers and pleas by health authorities for people to keep their number of social contacts small.

Goodmurphy said West Vancouver Police continue to get regular calls from the public about large parties. In one case, officers were even called out to a backyard wedding. In most cases – including the wedding - when officers investigate they find the hosts are obeying the rules, he said.