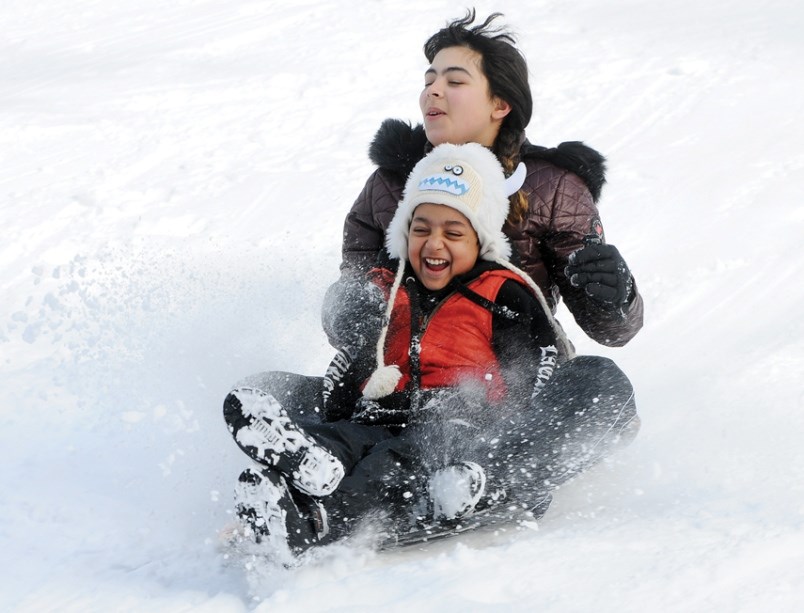 A West Vancouver student (not pictured) sent a hilarious email to Chris Kennedy, superintendent of schools for West Vancouver, asking him to call a snow day so he didn't have to write a chemistry test earlier this week. file photo Cindy Goodman, North Shore News

How far would you go to not have to write a chemistry test?

For one West Vancouver student, the answer to that question meant sending a “Plea to the Almighty,” also known as Chris Kennedy, superintendent of schools for West Vancouver, asking him to call a snow day in order to avoid having to write a test he was woefully unprepared for.

Kennedy shared the student’s plea in a tweet Thursday morning, noting it was “One of the better snow emails I got.”

“I hope everything goes well for this young @RockridgeSS student and his chemistry test today,” Kennedy tweeted.

In a screenshot of the email that Kennedy shared, the student implores the superintendent to call a snow day due to the inclement weather Metro Vancouver and much of the province experienced earlier this week.

“Not only are the road and driving conditions extremely treacherous, but I have a chemistry test scheduled for tomorrow,” the student wrote. “This would normally not be problematic, but due to recent weather patterns, I have spent the last two days skiing and drinking hot chocolate instead of preparing for the test.”

I hope everything goes well for this young @RockridgeSS student and his chemistry test today. One of the better snow emails I got. #westvaned pic.twitter.com/nGNLqDHrYG

The student goes on to write: “Just think Mr. Kennedy … What would Jesus do?”

West Vancouver schools were closed Jan. 13 and 15 due to the heavy accumulation of snow that pummeled the region earlier this week.

On Wednesday, schools across the North Shore, including West Van, North Vancouver School District, and Capilano University, enjoyed a snow day following an epic snowstorm the night before which blanketed the area with up to 30 centimetres of snow in some parts.

School was back in session on Thursday and Friday, however, and our unprepared and out-of-luck student was compelled to write his chemistry test.

In an update yesterday, Kennedy tweeted out a portion of a follow-up email from the student who told him that the test he was compelled to take turned out all right after all.

“In the end, I respect your decision to not call a snow day,” the student wrote.