Earlier this week, a fight on a public transit bus in Surrey broke out over a disagreement about a face mask.
Oct 3, 2020 7:12 PM By: Elana Shepert 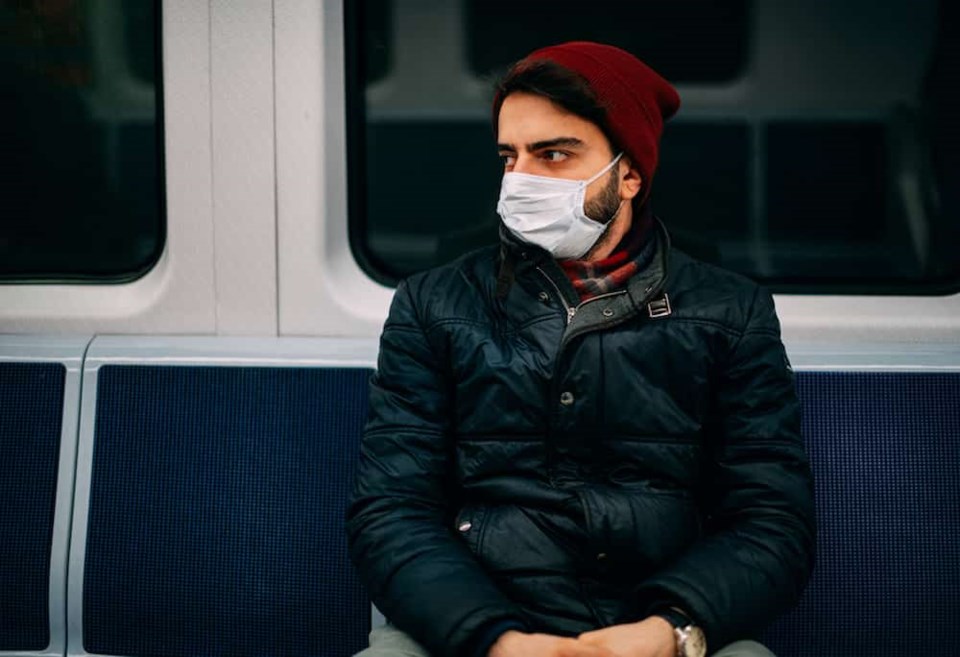 Photo: Man looking at someone while wearing a face-covering / Getty Images

While everyone must wear a mask on transit in Vancouver - unless they have a medical exemption - a few people simply ignore the rule.

That said, TransLink says customers shouldn't try to enforce the mask policy if they see someone who isn't wearing a face covering. Not only could the exchange end in aggression, or worse, but not all medical exemptions are visible.

Earlier this week, a fight on a public transit bus in Surrey broke out over a disagreement about a face mask. When the man offering the mask asked the other man if he had a medical exemption, the maskless man became belligerent.

Police said the man who offered the mask then stood up to confront the other and was punched in the head, leading to the fight.

When it comes to incidents like this, a TransLink spokesperson tells Vancouver Is Awesome in an email that customers should always reach out for help. They may contact transit police, transit security or use silent alarms onboard vehicles at any time.

"We also ask customers not to attempt to enforce TransLink’s mandatory mask policy. Spot checks show about 95% of customers are complying with the policy and are wearing masks on board transit vehicles.

"There are several exemptions to this policy and not all medical conditions are visible.”

On Aug. 24, Hugs Over Masks gathered outside of Metrotown SkyTrain Station to protest TransLink's new mandatory mask policy. However, TransLink says that 'anti-maskers' represent the minority of its riders.

TransLink staff conducted spot checks at high customer volume locations across the system over several days last month. Approximately 31,000 customers were counted as part of the spot checks, and about 92 per cent of these customers were seen wearing masks.

Customers are required to wear non-medical masks or face coverings while onboard all TransLink vehicles as physical distancing is not always possible on transit. Although Transit Police can enforce this rule requiring face coverings on transit, the initial focus of this policy is on awareness.

The mandatory mask policy is part of TransLink’s Safe Operating Action Plan, which includes increased cleaning and sanitizing of transit vehicles and hubs, increased service levels and steps to create space between customers where possible.

- With files from Colin Dacre.