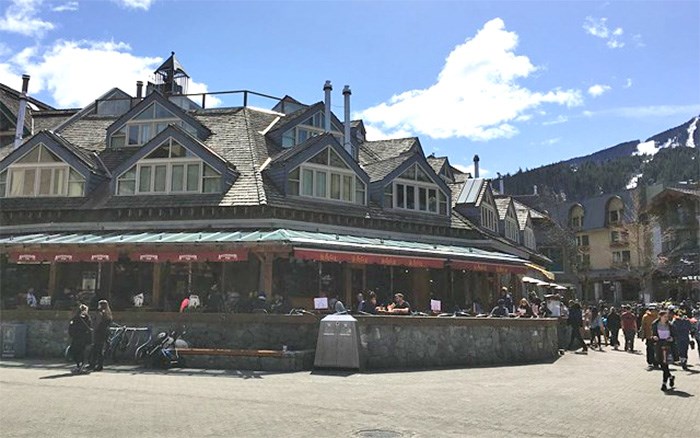 The closure orders were lifted as of Friday, April 13, said Dan Glover, an environmental health officer with VCH.

"There was evidence that there had been pests in there, and in a quantity enough that it was creating an issue," Glover said, adding that the inspections were conducted after VCH received a complaint.

"The level of cleanliness was not where it needed to be as well, and there were some issues with food storage temperatures, so it was really a combination of items that needed to be addressed."

All four establishments were found to be in compliance after a routine follow-up inspection.

"We met and/or exceeded the requirements, and took advantage of the closure period for additional renovations to prepare for a busy summer season," said Sonia Kniehl, general manager of O&R Entertainment, which owns the establishments, in an emailed statement.

"Staff were provided consistent income opportunities throughout, and our new kitchen team is proud of the work they accomplished."

"Our inspectors are pretty experienced and deal with food facilities on a regular basis, so they're pretty aware when they see conditions that have the potential to cause a risk," he said.

"When you have pest infestations, then food protection becomes a concern. We want to make sure that the food is protected at all times, and with food storage temperatures, again, if the temperatures aren't correct, then there's potential for microbes to survive or reproduce in the food.

"So when you reach a certain point where you feel the food can't be adequately protected until some serious steps are taken, then that's where we decide to step in."

VCH has closure order records going back to 2015 listed on its website, and physical closure order documents can be found at the Whistler Health Care Centre.

Since 2015, a handful of other Whistler restaurants have received short closure orders: Fat Tony's Pizza on Sundial Place (closed from May 26 to 30, 2017, for a lack of hot water and improper dishwashing/glasswashing); Basalt Wine and Salumeria (Feb. 2 to 3, 2016, for a lack of hot water); Garbo's Grill (Dec. 19 to 20, 2016, due to flooding); and Royal Taste of India (Aug. 6 to 7, 2015, for improper food storage temperatures and improper dishwashing and glasswashing).

Inspection reports going back further than 2015 can be found at www.healthspace.ca/Clients/VCHA/CoastGaribaldi/CoastGaribaldi_Website.nsf/food-frameset, but must be searched by individual restaurant.

Find more information on restaurant food and safety at www.vch.ca/public-health/environmental-health-inspections/restaurant-food-safety.

Read more from the Whistler Pique