"As she was packing up and leaving with several friends, a group of men yelled racial slurs, and charged."
Aug 5, 2020 5:21 PM By: Elana Shepert 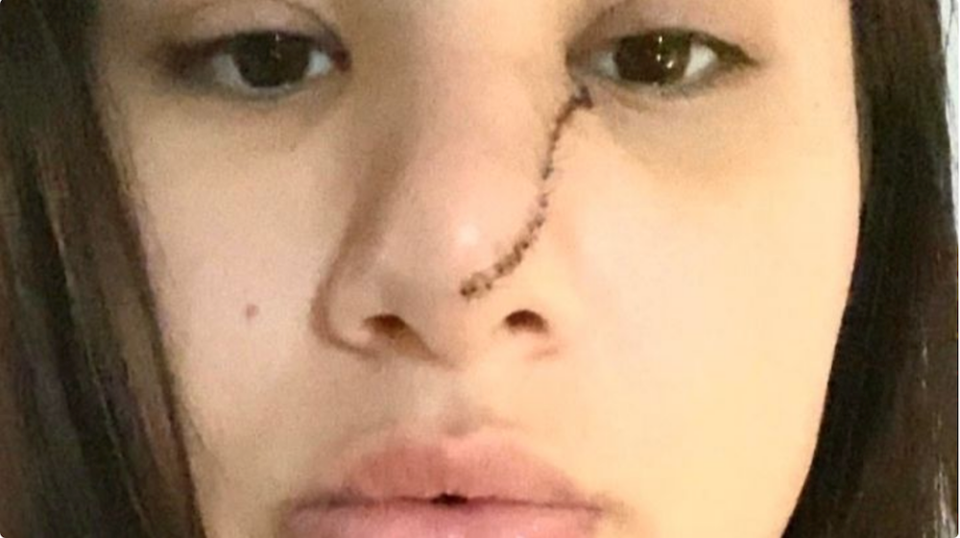 ***Update as of Friday, Aug. 7 at 3:30 p.m.: Vancouver Police Spokesperson Tania Visintin tells Vancouver Is Awesome in an email that, "Since she last spoke with the investigating patrol officer last week, Ms. Heyoka is fully cooperative with police as they continue to investigate this serious offence.  Our detectives from VPD’s Major Crime Section are engaged and making sure every investigative step is being taken."**

A campaign has been launched for a woman who was brutally slashed in the face during an altercation on Granville Street in the wee hours of a July morning.

Vancouver Police Spokesperson Tania Visintin tells Vancouver Is Awesome in an email that the incident took place on July 19 around 4:00 a.m. in the area of Nelson and Granville streets. She says police received a call that one person was stabbed and the other slashed in the face after a verbal altercation. However, the suspects fled the area before police arrived.

"When police arrived on scene to investigate, Ms. Heyoka was not willing to provide a statement," writes Visintin. "As such, it was difficult for officers to investigate the assault at the time."

Visintin notes that the friend who was with her was taken to hospital for serious injuries, but is expected to recover.

"A week after the incident, the same officers went to Ms. Heyoka’s home to attempt to continue the investigation. Ms. Heyoka told the officers she wanted to take matters in her own hands and investigate the incident herself. The officers gave her their business card in hopes she will accept their assistance. However, until now, she has declined to participate."

Visintin adds that it is very difficult to advance an investigation of this type without statements from the victim. As such, the file remains open.

In a gofundme campaign, Daniel Harewood says that Michelle Heyoka was packing up after a busy Saturday night busking on Granville Street when the attack happened. According to him, a group of men attacked her and her friends unprovoked.

"As she was packing up and leaving with several friends, a group of men yelled racial slurs, and charged," writes Harewood.

"She is in need of facial reconstruction on her nose so she can go about her daily life as a mom without a constant reminder of this horrible incident. So her children can look at her and see their mom as she use to be and her career as a singer/songwriter can continue without the constant fear of having to hide her face."