Woman tries to dine and dash, but falls through kitchen ceiling (VIDEO) 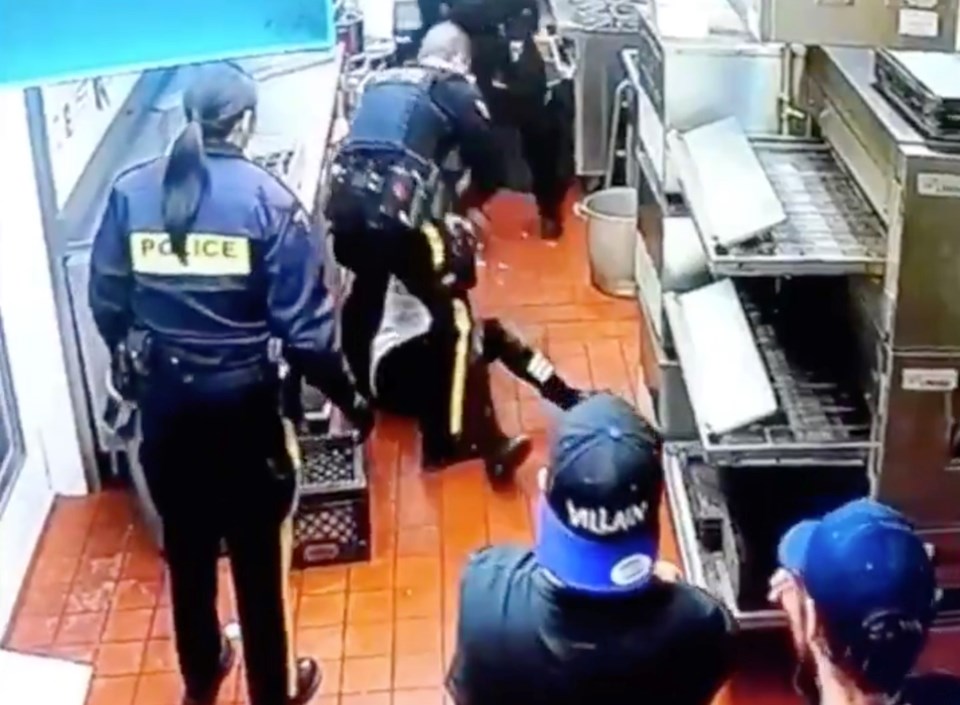 A woman who tried to leave a restaurant without paying falls through the kitchen ceiling. Photo: Screenshot via Burnaby RCMP/Twitter

A woman trying to dine and dash in Burnaby was caught on video surveillance as she tried escaping from a restaurant but ended up falling through the ceiling instead.

The failed attempt was posted on Twitter on Thursday by Burnaby Mounties who say the woman tried skipping out on paying her bill but was unsuccessful.

"She crawled above the kitchen ceiling from the washroom. Luckily she wasn't hurt when she fell through the ceiling tiles and landed right in front of our Burnaby frontline officers," says the tweet.

Burnaby Mounties poked fun at the situation by using the hashtags #Gravity and #Foundyou. (And they followed up with a tweet acknowledging "ceiling" was misspelled, too.)

This dine and dasher just dropped!⬇️ Trying to skip out on the restaurant bill, she crawled above the kitchen cieling from the washroom. Luckily she wasn't hurt when she fell through the cieling tiles and landed right in front of our #BurnabyFrontline officers! #Gravity #Foundyou pic.twitter.com/eJYC1jIod3