While female candidates’ successes at the council level might be a first for the city, there is still a way to go, says Ellen Woodsworth, a former city councillor and founder of Women Transforming Cities a group whose aim is to make cities friendlier to women and girls.
0
Oct 23, 2018 3:09 PM By: Jessica Kerr

Vancouver might not have elected a woman mayor this time around, but eight out of 10 seats on the new council are being filled by women.

That’s a significant increase over 2014, which saw an even split of men and women elected to council. The new school board remained the same with women elected to six out of nine trustee positions, the same number that were elected in last year’s by-election. On park board, just two of seven commissioners elected this time around are women, a slight decrease from three in the last election. 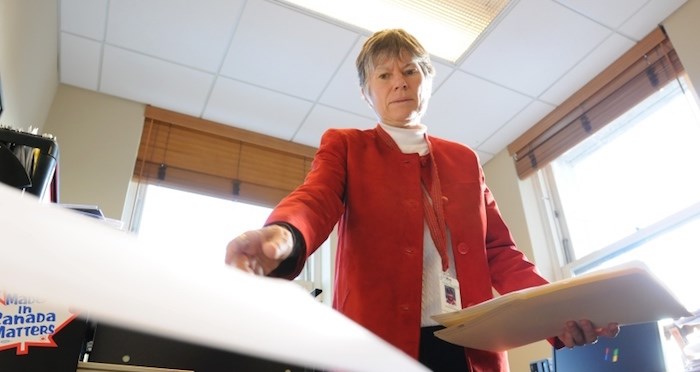 And while female candidates’ successes at the council level might be a first for the city, there is still a way to go, says Ellen Woodsworth, a former city councillor and founder of Women Transforming Cities a group whose aim is to make cities friendlier to women and girls.

“For women, it’s very difficult to get elected,” she told the Courier. She added that factors such as income level, a woman’s household responsibilities, childcare, eldercare and even the current at-large electoral system used in Vancouver all play a factor in the fact that fewer women feel able to step up to run for public office.

“We know that with a ward system eight per cent more women get elected,” Woodsworth said.

That is something that could be changing. Among his campaign promises, mayor-elect Kennedy Stewart stated that the 2018 election would be the last at-large election in the city.

Shauna Sylvester had hoped to become the city’s first woman mayor, but fell short placing third behind Kennedy Stewart and the NPA’s Ken Sim. She got 35,537 to Stewart’s 49,812 and Sim’s 48,828.

On election night, Sylvester acknowledged the push to have more women in power in the city.

“I know that there are many in the city that want more women to assume leadership roles… and there are a lot of women on this city council,” she said in her concession speech. “We may not have heard the shatter of the glass ceiling but it’s coming. The cracks are really showing and I know around this room there are women who are going to break through it.”

Sylvester told the Courier Saturday night that throughout the campaign she was pressured to step down as a candidate.

"There was so much pressure on me to step back, so much pressure, and there was a group of younger women who said, ‘You just can’t. What’s the message you’re delivering to us. That’s just not OK,’” she said. “And we sat down and we went through a little workshop… and walked out of that [thinking] ‘I can’t step back.’”

Women Transforming Cities first organized ahead of the 2014 election to identify issues facing women and corresponding actions the city could take to address them. Ahead of this election, the group surveyed women’s groups about key issues and hosted a forum that included discussions around top election issues. Its recommendations, 33 policies in 11 areas, include reserving 50 per cent of low-income housing for women and including childcare spaces in all large developments. WTC then sought commitments from electoral parties and candidates running in the election.