A Vancouver International Airport employee was attacked and beaten by six men. 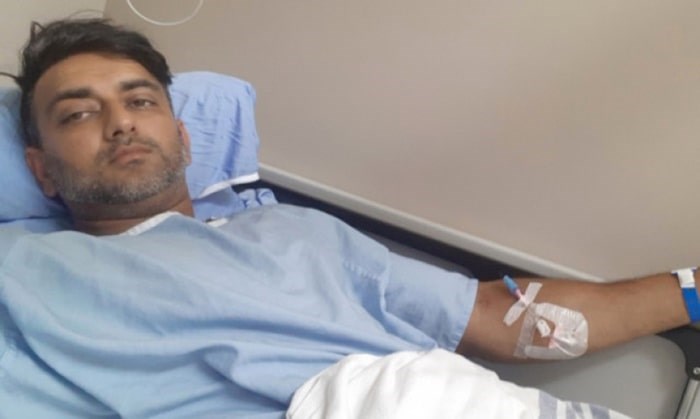 Amit Prasad was attacked in a parking lot at the YVR airport shortly leaving working. Photo from GoFundMe page

His spine was fractured in three different places along with one fracture in his face according to CTV News.

“The pain was so bad I screamed,” Prasad told CTV.

“I thought they were going to kill me, so I had to fight back … They kicked me in the back, and I fell to the ground. I fought back and then they ran away.”

The 36-year-old’s work involves handling luggage and towing planes from their gates at YVR.

In a statement, Richmond RCMP said they responded to the assault and stopped a suspect vehicle as it was leaving the scene at YVR, adding that a 20-year-old man, who was known to police, was arrested in Surrey.

Prasad and the attackers are known to each other.

Police said the investigation is still on-going and additional arrests may be forthcoming.

Prasad has started a GoFundMe page.